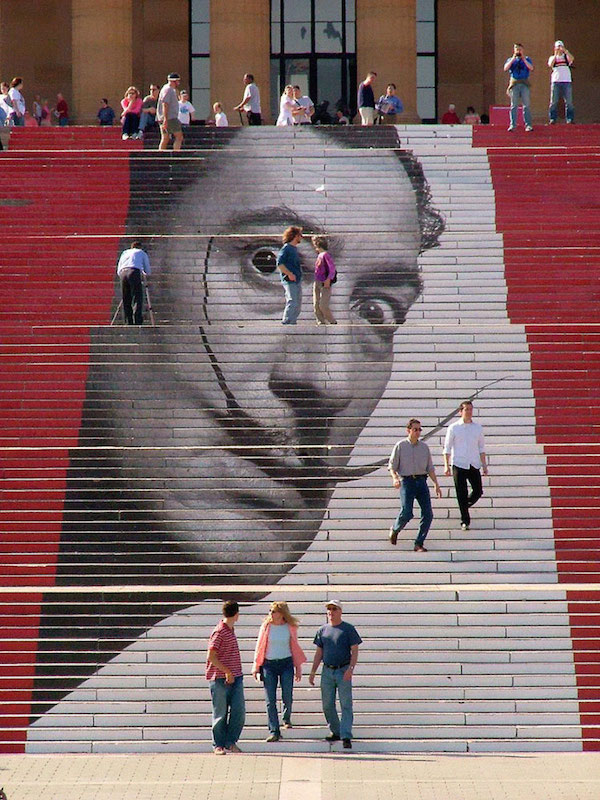 Surrealist Salvador Dali peeks out from the 72 stairs of the Philadelphia Museum of Art in 2005 during an exhibition of his art. (And yes, Rocky ran these steps in 1976.) 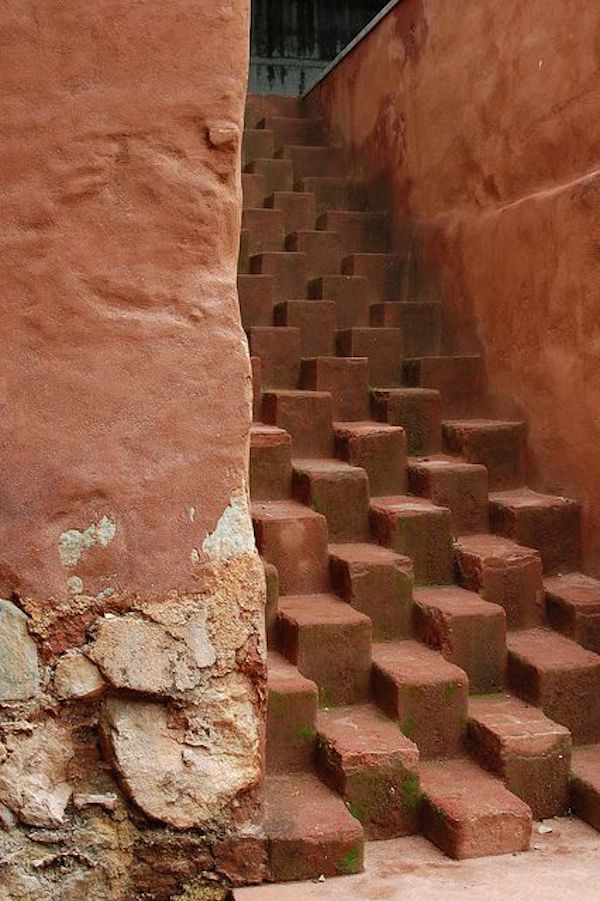 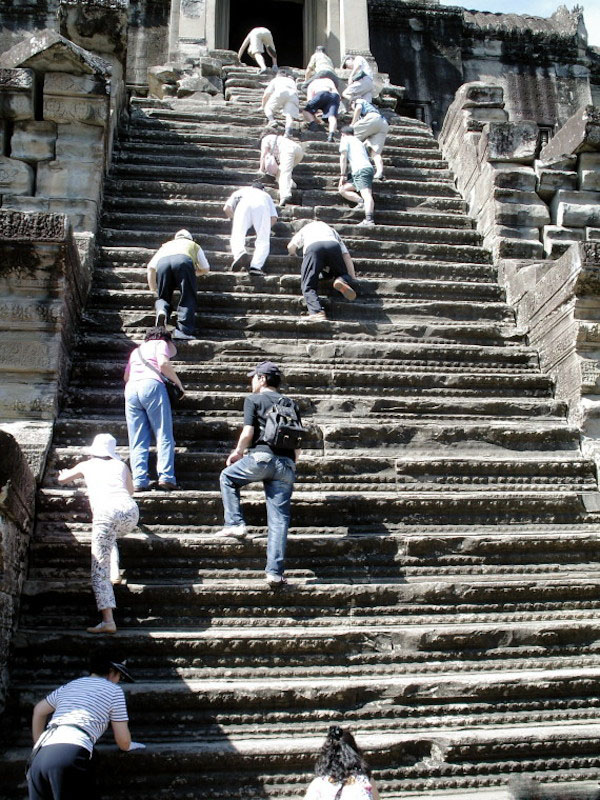 The steps of Angkor Wat, Cambodia are so steep that some tourists hoist themselves up with their hands. (Now that’s a workout!) 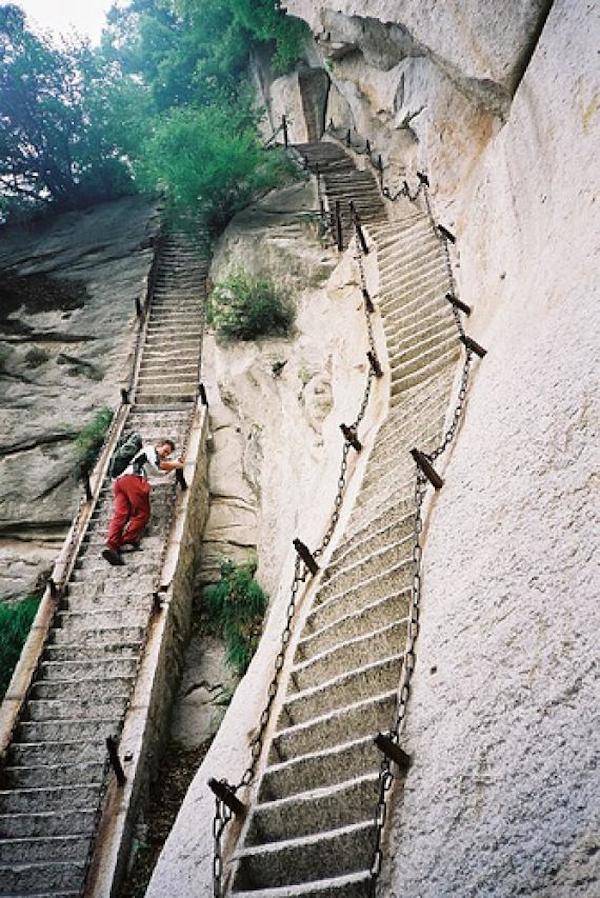 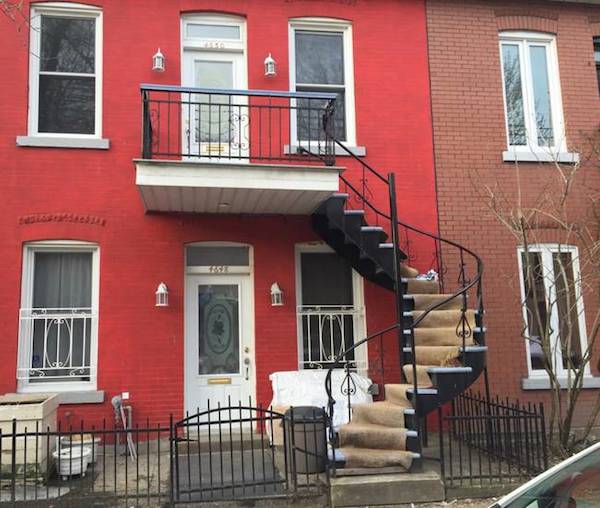 Lack of space in Montreal forced architects to build these three-story high “plexes” with their twisty exterior stairways, but we have to admit they don’t look very safe. 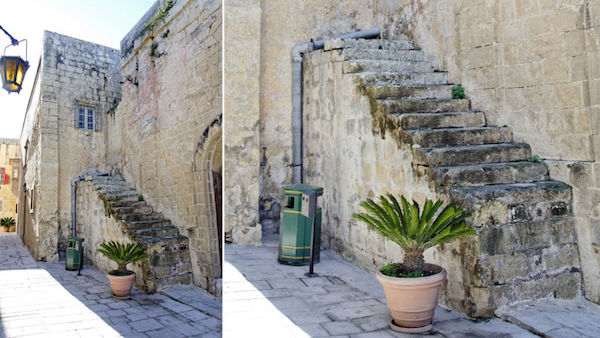 Some of the famous stairs that lead to nowhere in Malta. 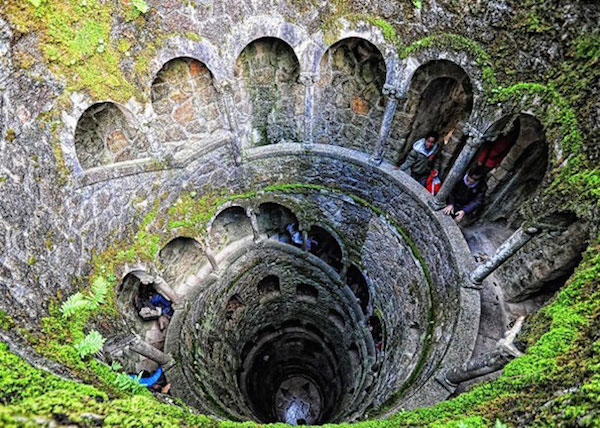 The Quinta Da Regaleira steps in Sintra, Portugal lead to a pair of wells spiraling deep within the earth. The wells were never used, nor were they intended for water collection. Instead, these mysterious underground towers were used for secretive initiation rites. 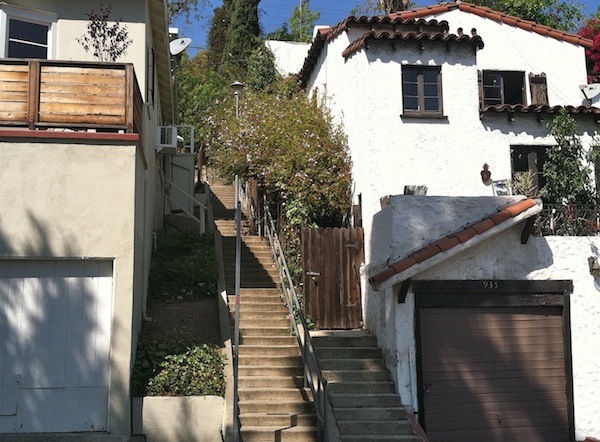 It looks like any staircase that dots the hills of Los Angeles, but this is where the Laurel and Hardy classic The Music Box — in which the duo are tasked with delivering a piano to the top of a giant staircase — was filmed in 1932. 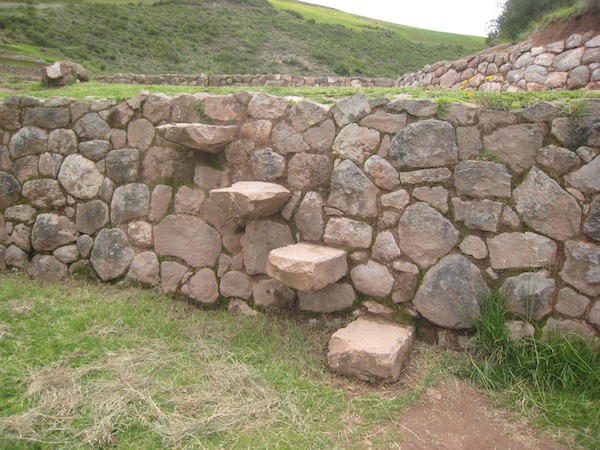 The Inca ruins at Moray, an archaeological site in Peru, feature a massive bowl-like depression, with a series of concentric terraces that are split by multiple staircases and look like an ancient Greek amphitheater. The largest descends to a depth of approximately 150 meters and leads to a circular bottom so well drained that it never completely floods, no matter how plentiful the rain. Legend has it that if you enter but are not pure of heart, you turn into a small pile of stones.

The ancient stairwells of Rajasthan, India served as gathering places to hang out and escape the heat, but are also a geometric art form all their own.