Did you know that once upon a time, women were not allowed to be acknowledged in the Boston Marathon? They also couldn’t keep their jobs if they were pregnant, refuse to have sex with their husbands (excuse me…what?!), report cases of sexual harassment in the workplace or apply for credit cards. You may think that I’m talking about 100 years ago, but no…these things were still illegal for women to do up until the 1970s! Fortunately, laws like the Pregnancy Discrimination Act in 1978 and the Equal Employment Opportunity Commission were put in place to protect womens’ rights, but c’mon people! Do were really need laws to let women work, run in a freaking marathon or, god forbid, say no to their husbands?! Apparently so.

Though women today continue to put up with more *stuff* than should be allowable, women of the past are freaking heroes. I mean, women were once arrested for posing for photographs in “bathing suits,” and I use that term liberally, because, as you’ll see, those “bathing suits” were more conservative than most womens’ work outfits today.

If you’re not compelled to give your moms, aunts, grandmothers or other women of older generations a huge pat on the back right now, these photos may change your mind. Below are 20 photos of women that caused a public outcry and that even resulted in the arrest of some women whose only crimes were doing what any typical man had the right to do.

1. Back in 1966, women were not allowed to enter restaurants in pantsuits, so Yves Saint Laurent decided to give a big f-you to that rule and created a pantsuit just for women. 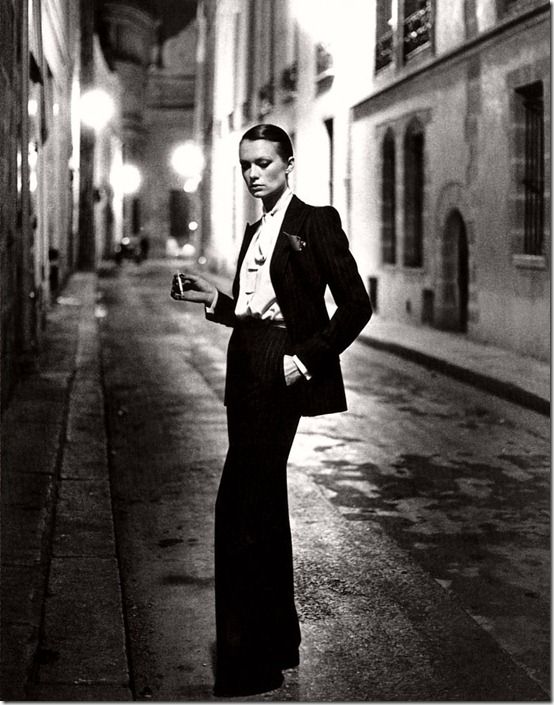 2. In 1907, writer, actress and professional swimmer, Annette Kellermann, posed in a swimsuit for a photographer. She was arrested and charged with indecent behavior. (What’d I tell you about that swimsuit though?) 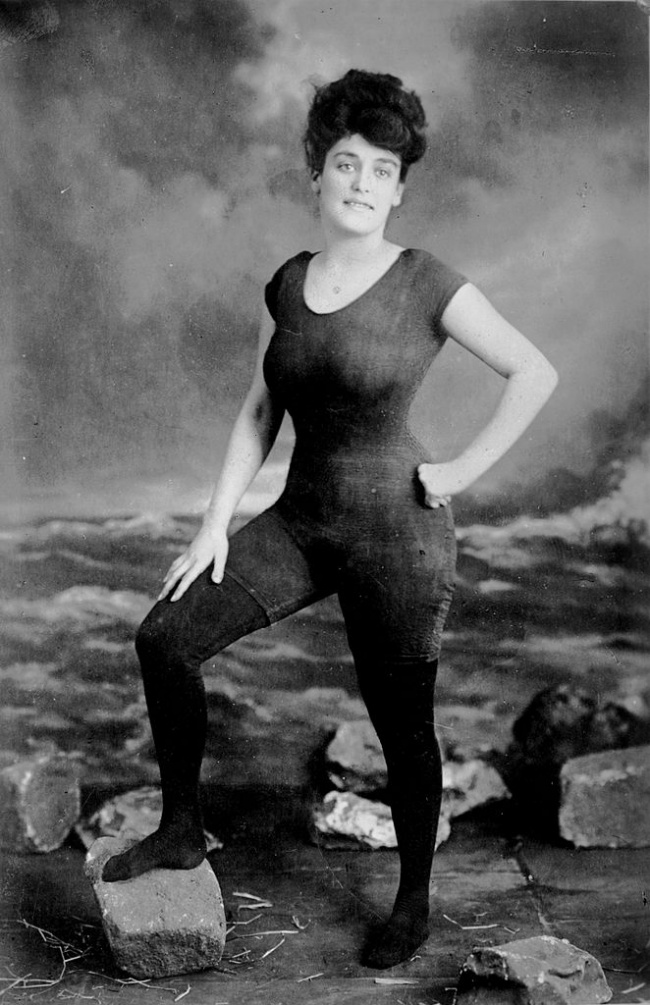 3. Then there was this woman, who was also arrested for wearing a bathing suit and having her legs uncovered. 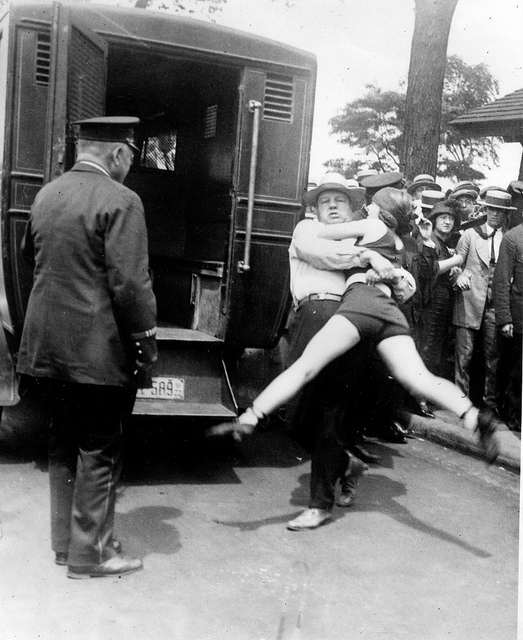 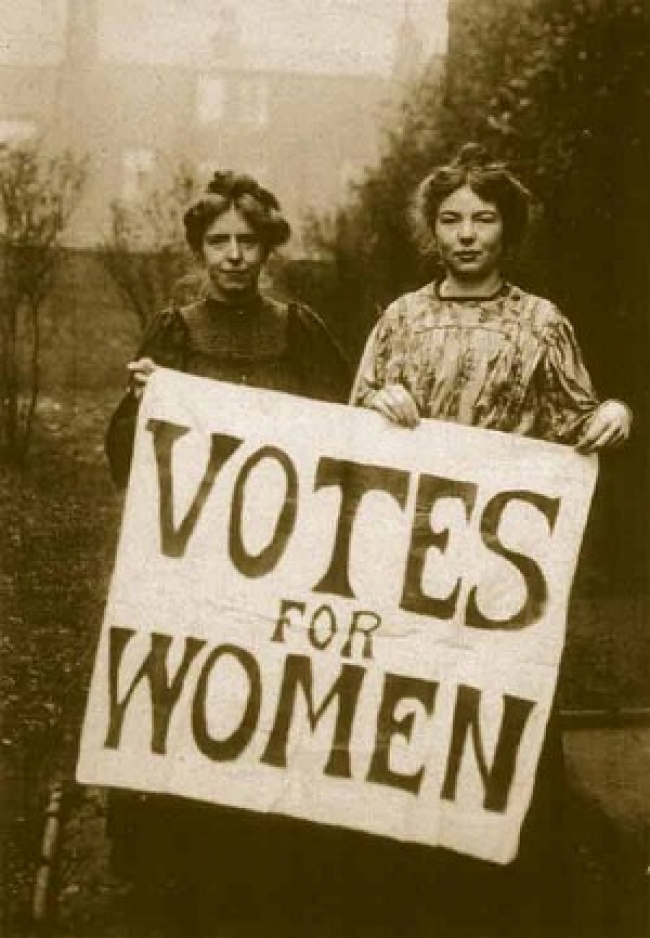 5. Maude Wagner, the first known woman tattoo artist and a BA who decided to cover her own body in tats before it was even cool. (1907) 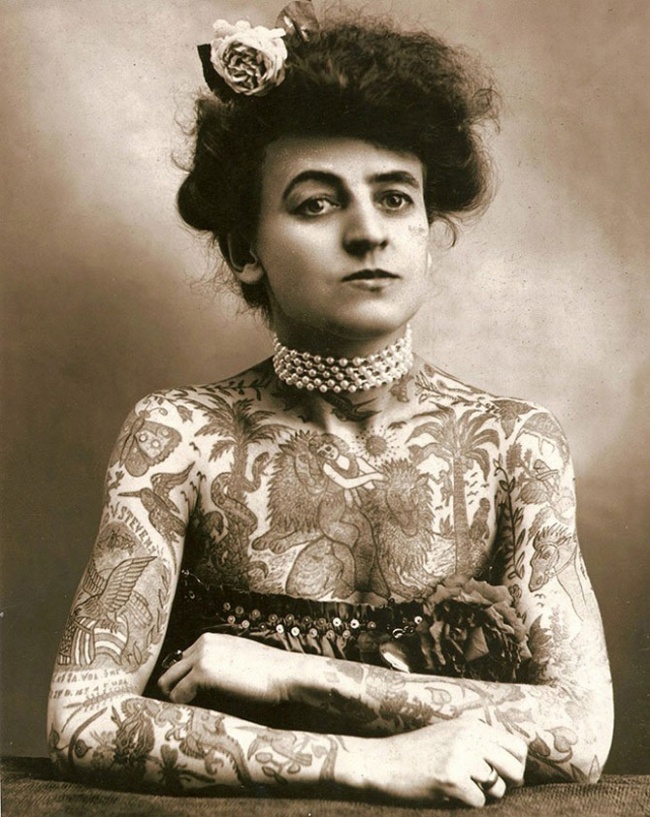 6. These two women were the first to appear in public in Toronto with bare legs. *Gasp* (1937) 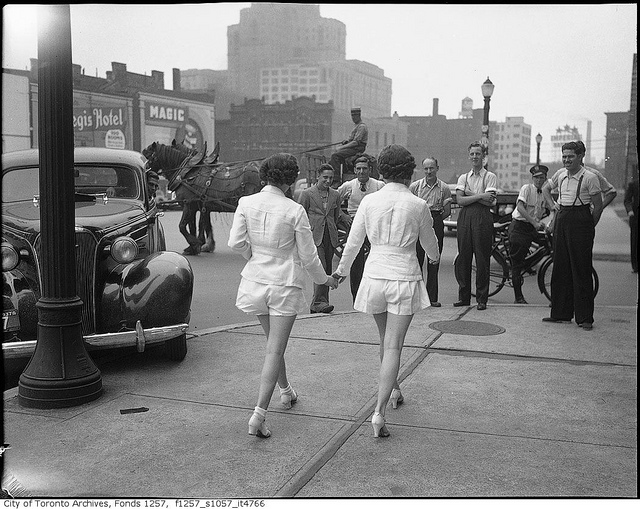 7. Then there were these two daring young ladies who brazenly wore miniskirts in Capetown in 1965. 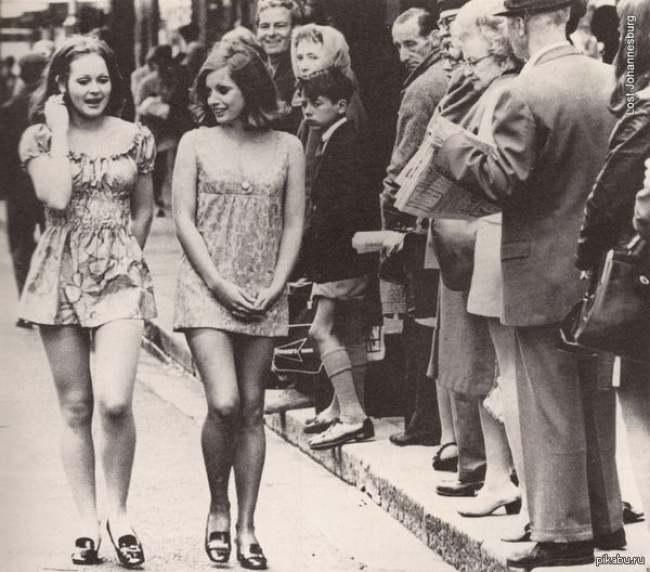 8. That same year, Jean Shrimpton wore a minidress to the races in Melbourne and caused quite a stir. 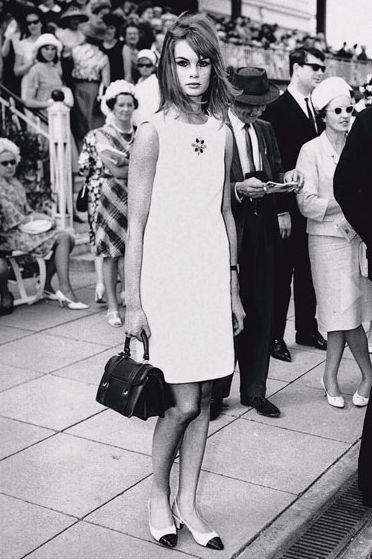 9. In the 1920s, there was a league of people who banded together to protest “indecent swimsuits.” Actress Lila Lee models for us exactly what “indecent” meant back then. 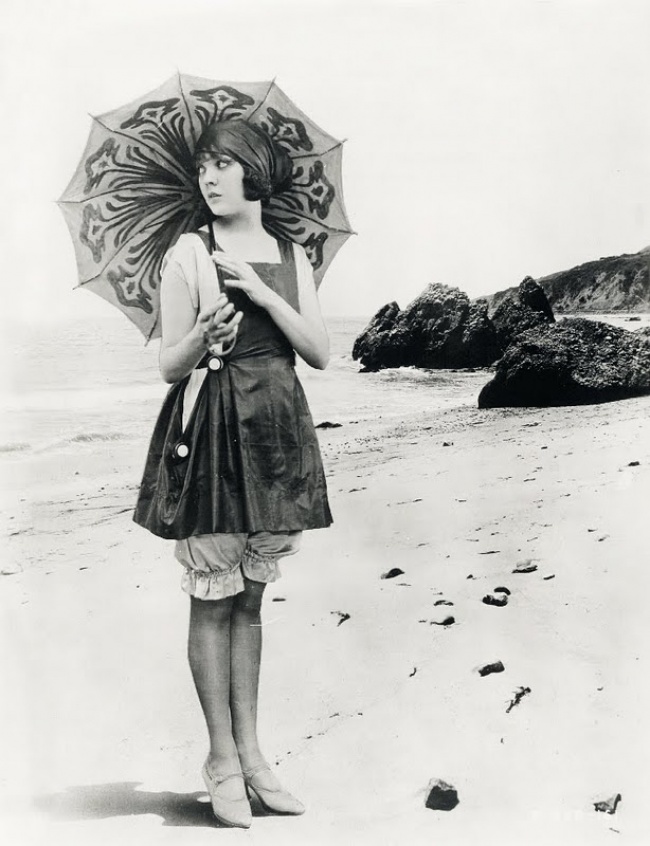 10. Elizabeth Eckford was one of the first African-American students to ever attend classes. This was in 1957 when the Supreme Court ruled that it was illegal to segregate children in schools. 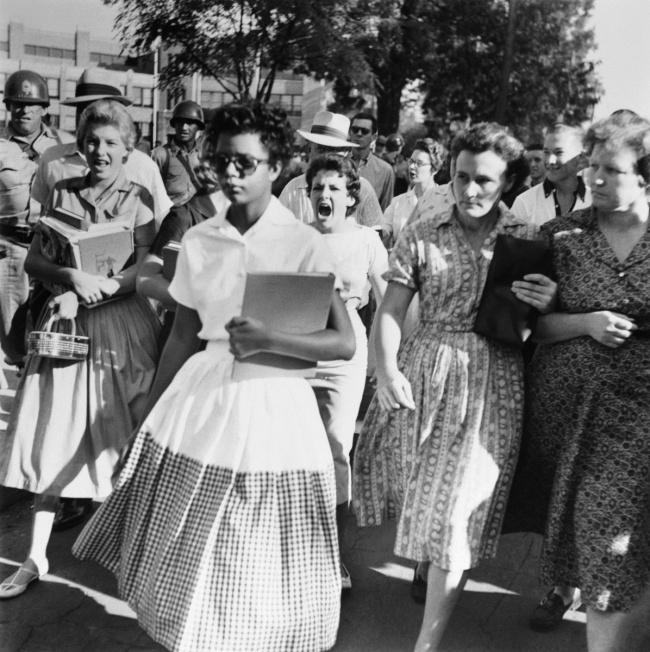 11. Hedy Lemar is an American film actress and inventor who crushed the stereotype that beautiful women cannot be smart. Thanks to her invention, we now have cellular communication. 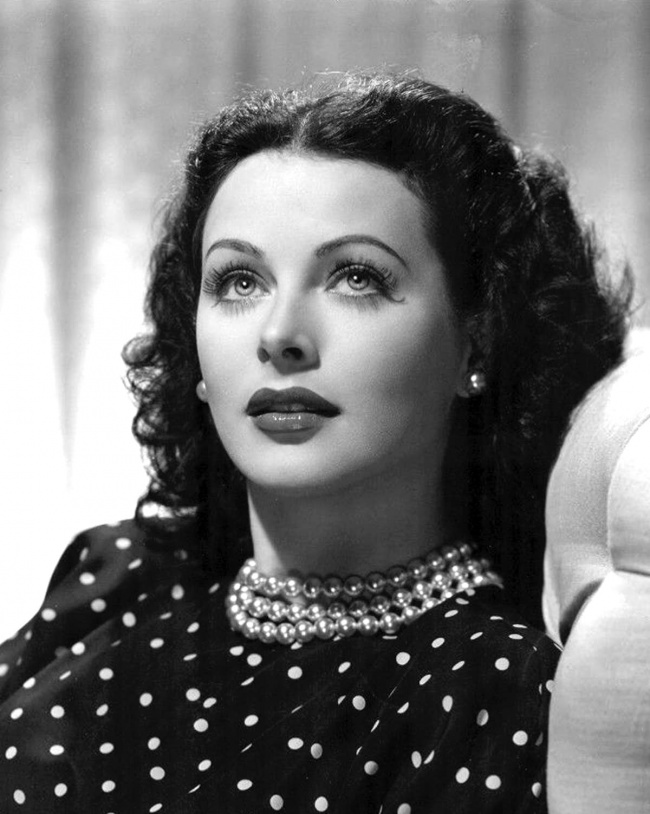 12. Meet the brains behind the miniskirt: Mary Quant. 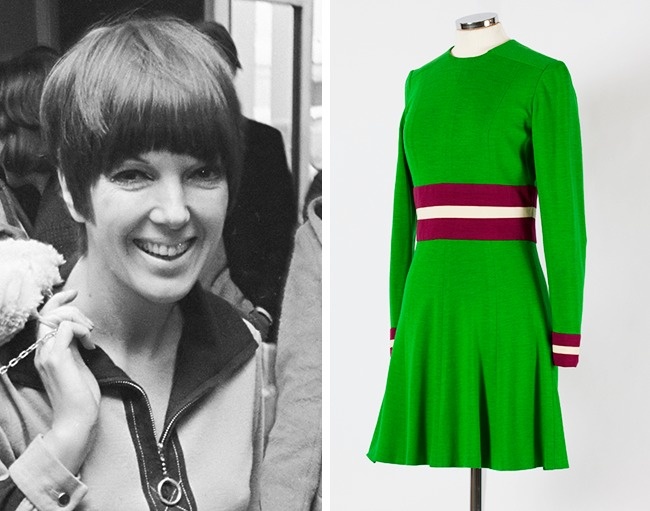 13. And who do we have to thank for setting us free from the corset? Designer Paul Poiret. 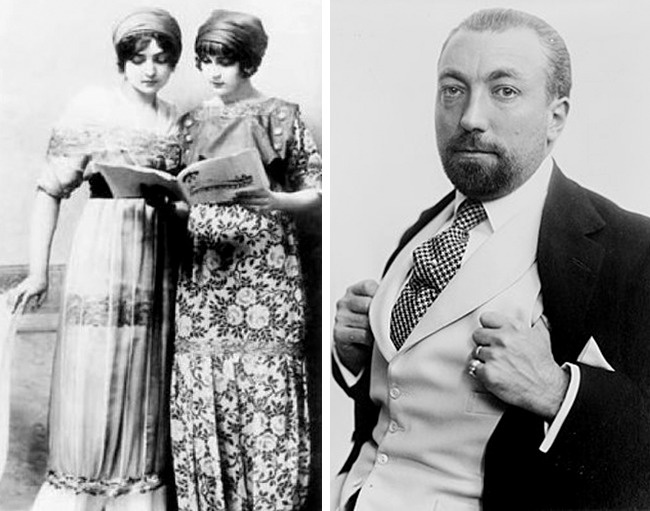 14. Rosa Parks at an Alabama police station in 1956, getting her fingerprints taken after being arrested for refusing to move to the back of the bus for white people. 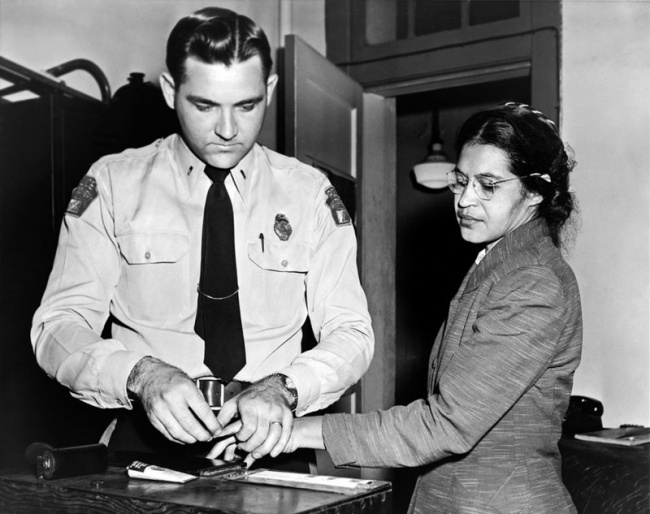 15. These brazen women, members of the “Women’s Organization to War on Styles,” boycotted a shop that wanted to re-introduce longer skirts and padded hips. Taken in California in 1947. 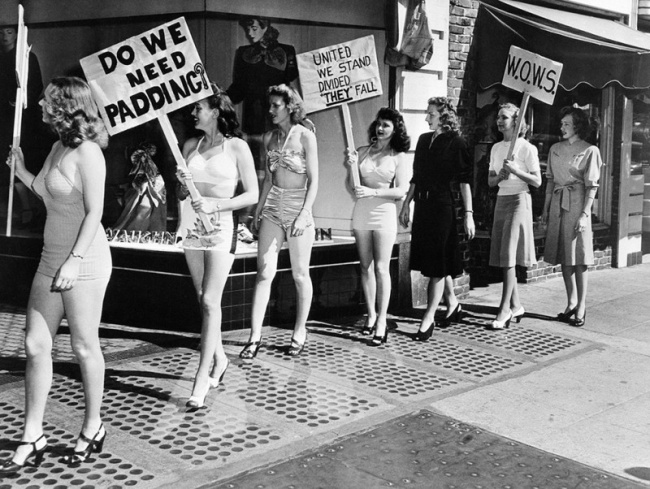 16. If you’re a men’s basketball fan, you have Senda Berenson to thank for the game’s modern rules. Senda was an American sportswoman and the founder of women’s basketball, which she invented in 1891 and from which the men’s league “borrowed” the rules. 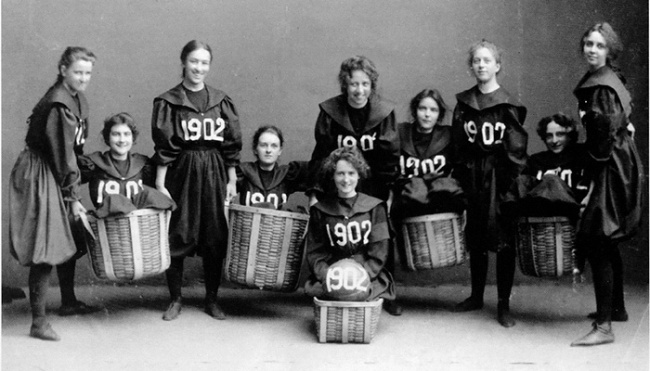 17. Maria Teresa de Filippis, an Italian racing driver, was the first woman to race in Formula One. 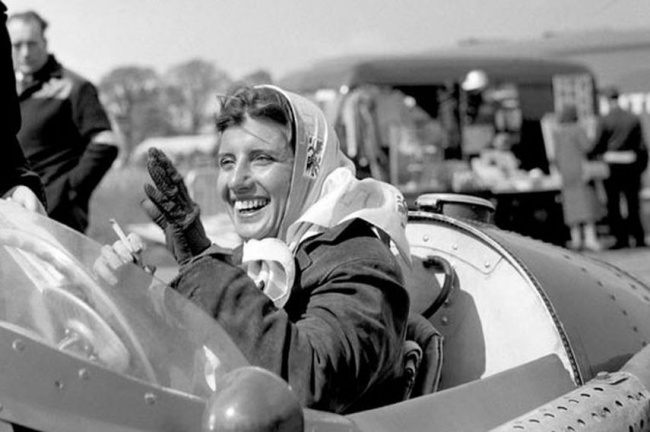 18. These two young women were sent home because tight-fitting slacks, pedal pushers and shorts had been banned from their school. Apparently, it was more important that their male counterparts not have any distractions than it was to ensure young women didn’t miss out on a day of education. (West Berlin, 1953) (Oh wait, I believe this still happens today…we have a way to go still!) 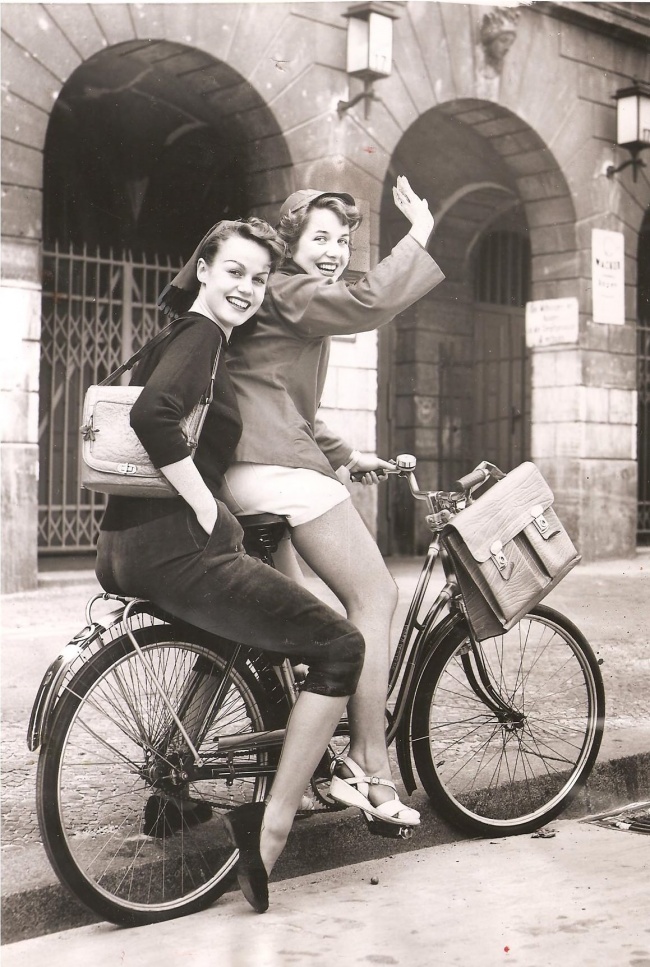 19. Billie Jean King, a professional tennis play and record holder for her number of wins at Wimbledon, lead the establishment of equal rights among men and women tennis players. 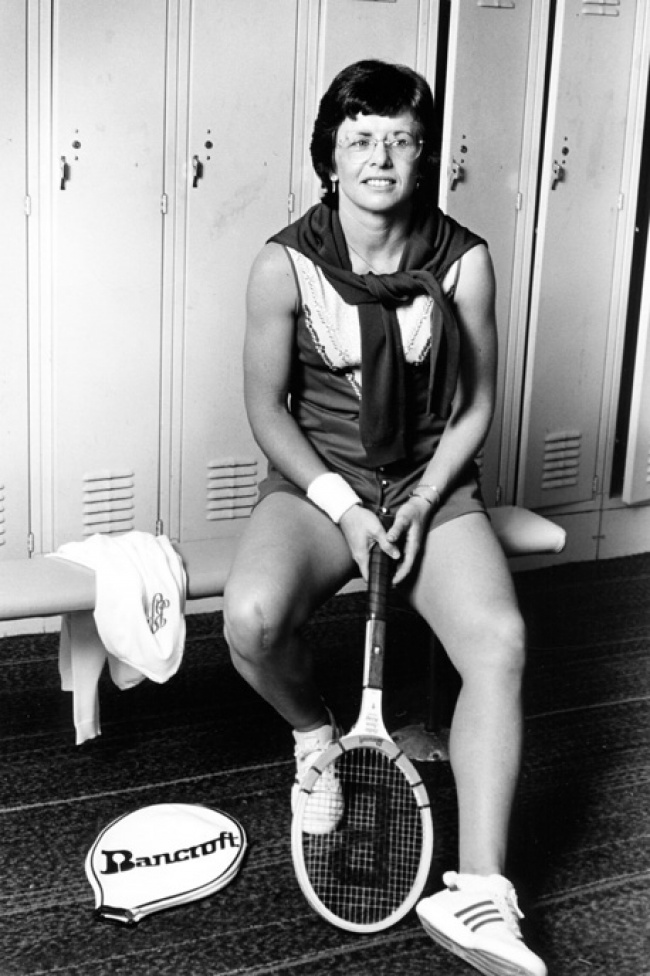 20. And finally, Kathrine Switzer, who, in 1967, was the first woman to run the Boston Marathon. It wasn’t until 1972 that women were officially allowed to race, however, hence this picture of the marathon’s organizer trying to take her away. 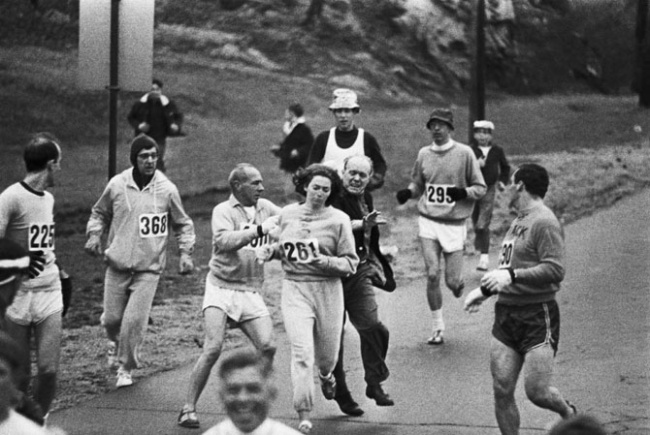