I think almost all of us are on a continuous, life-long journey to find our best selves. Some days we feel like the world is at our feet, with other days, nothing seems to go right. It’s easy to feel lost, and like everybody else seems to have better luck in life.

But if you ask us, the most important ingredient in finding your way in life is to just stay mentally strong and true to who you are.

Fortunately, it’s easy to be yourself when you’re relaxed and happy. The trick is standing strong and staying true to yourself when the whole world seems to want you to act like someone else.

So next time your mom nags you to settle down already, your boss asks you to cut corners, or your best friend tries to pressure you into “just one more drink,” you can just look into yourself and ask, “Is this really who I am?”

It’s not easy to stay tough in the face of external pressure, but being mentally strong is a skill anyone can develop and that you keep for a lifetime, just like riding a bike.

Want to see if you already have mentally strong qualities? Scroll through below for thirteen sure signs, inspired by Amy Morin’s bestseller 13 Things Mentally Strong People Don’t Do. 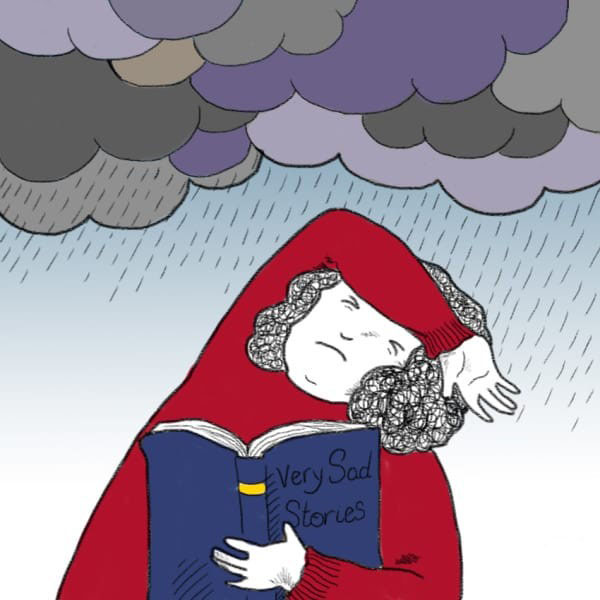 It is so, so tough to pick yourself up off the ground after a setback, but mentally strong people do it anyway.

It doesn’t matter if they get laid off or dumped. They know it feels awful for the moment, but they don’t allow themselves to wallow.

That’s because they know that, at the end of the day, they’re actually a lot more fortunate than many people, and they trust themselves to get through the low times no matter what. 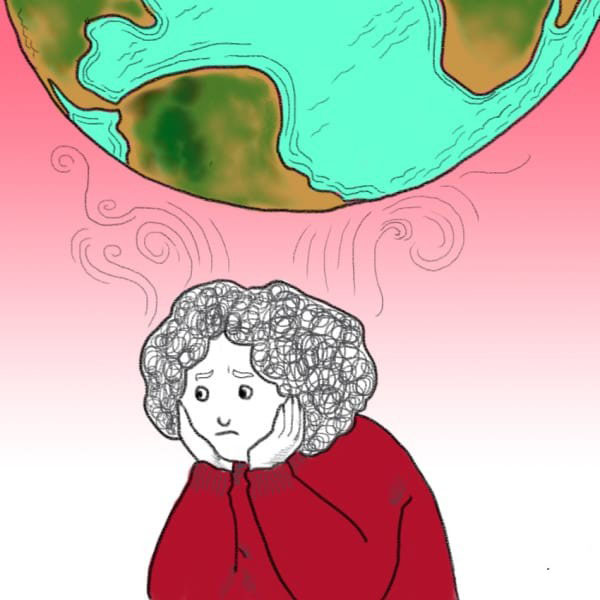 The world is a vast, complicated place where millions of things are happening that we have no control over, and mentally strong people have learned to accept that.

They follow the philosophy of trying to just clean up their own patch of the world.

They focus on the immediate things around them that they can control, like doing their job well and recycling their plastics.

They don’t spend time stressing over the possibility that a meteor might hit the Earth at any second, or about that dumb thing they said once 20 years ago, because it’s totally out of their control. 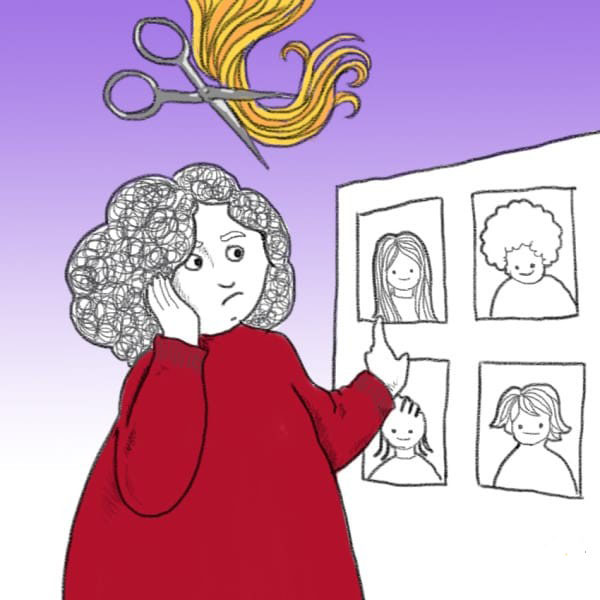 We all know how hard it is to move to a new town or end a comfortable relationship, but mentally strong people do it anyway because they know it’s good for them.

Instead of worrying about what might happen if they go through with a major change, they just think it through one or twice, then take the plunge and handle any aftermath as it comes. 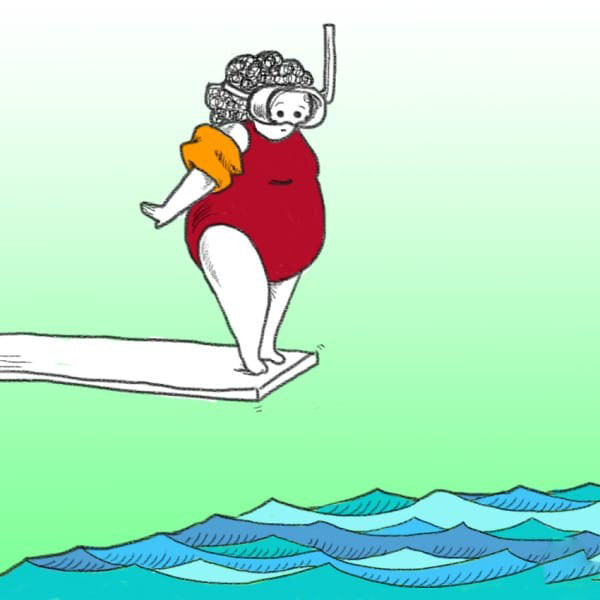 This means trying new food whenever it’s offered, even if it sounds gross; giving the zip line a shot on vacation; or wearing something outrageous just to see if they can pull it off.

Their life philosophy? “Don’t knock it till you try it!” 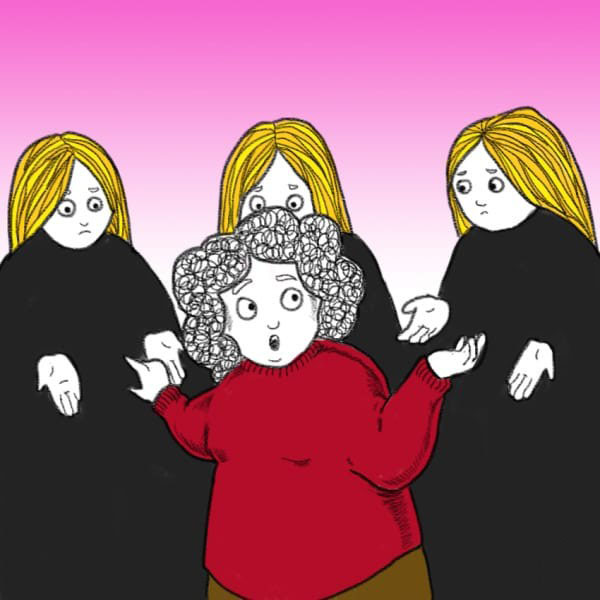 It is so, so easy to find ourselves in a position where we’re trying to keep everyone happy and end up torn in a million directions.

Most of us have to learn to break this bad habit by trial and error.

If you take a look at yourself and realize that you’re trying to be seven different people to make the folks around you happy, it’s time to stop.

Say no to the PTO, say no to your needy sister, say no to your kids, and start setting up some boundaries about what you are and aren’t willing to do for the people around you.

Mentally Strong People Don’t… Fixate On The Past 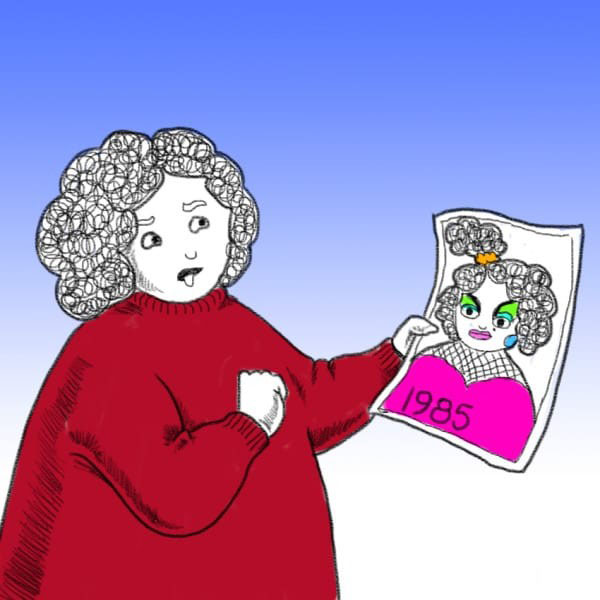 The past should stay in the past. Mentally strong people know that they can neither get back there nor change it, which is why it’s not worth fixating on it.

Occasional jaunts down memory lane are one thing, but mentally strong people learned long ago that it’s not healthy to live every day wishing that they were back in their high school glory days again.

They also know better than to waste energy wishing they had done things differently. It’s too late now, and every “bad” choice makes them who they are today. 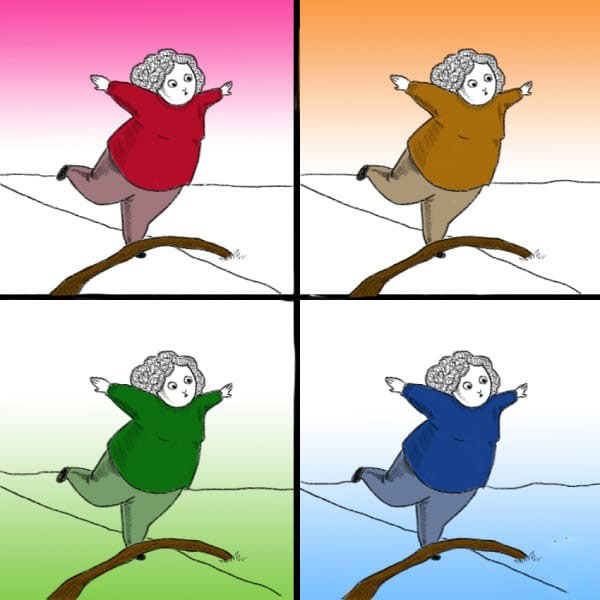 They might not be able to take back that hurtful thing they once said to their best friend, but mentally strong people can learn a lesson from the experience and start valuing her more today.

They also know how to look back at everything they’ve done and find the patterns of mistakes or bad behavior that have led them astray in the past. 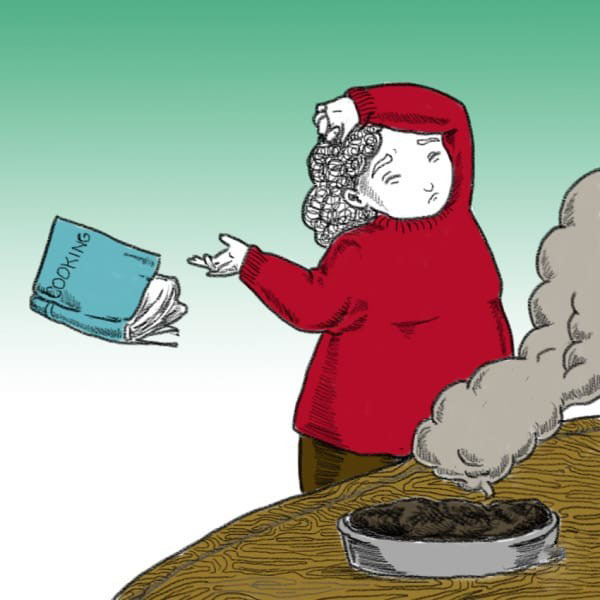 We all know that everyone fails. Steve Jobs. Oprah. Everyone.

So when mentally strong people totally screw up a recipe or get rejected from something they really want, they don’t give up.

Instead, they just take a deep breath, dust themselves off, and try all over again. 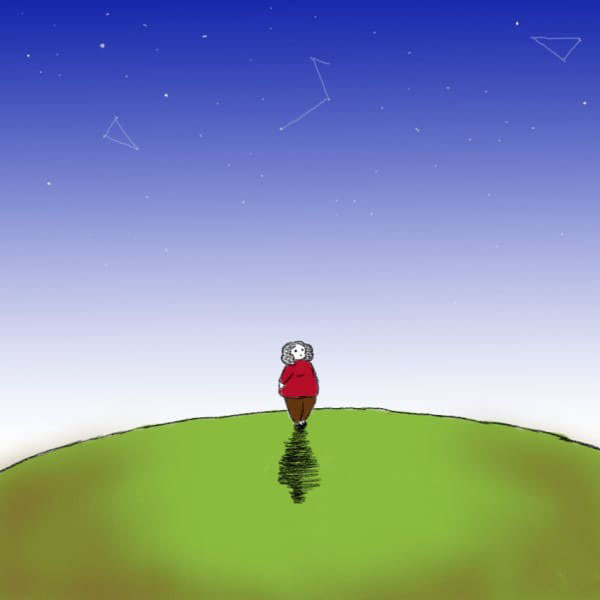 There is a huge difference between being alone and being lonely.

People seem to make a huge deal out of doing anything by themselves, but mentally strong people aren’t afraid to step out of their comfort zone and enjoy the world on their own.

They like people, but they also have the confidence to go out for dinner by themselves, travel solo, and take long walks in their own company. 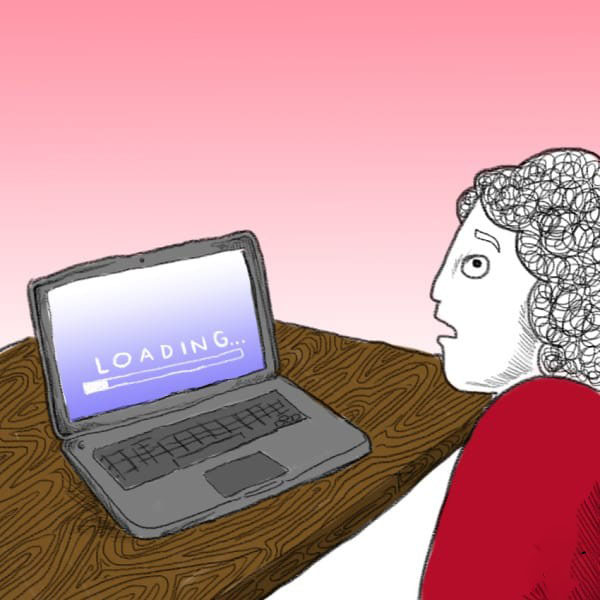 These days, we’ve all gotten used to things happening instantaneously with the push of a button.

Mentally strong people, meanwhile, have learned to cultivate the rare quality of patience.

There’s no rushing a good thing, which is why they rarely get worked up about any delays.

Whether they’re waiting for a delicious meal or to meet their soul mate, they know it’s not a race to the finish line. 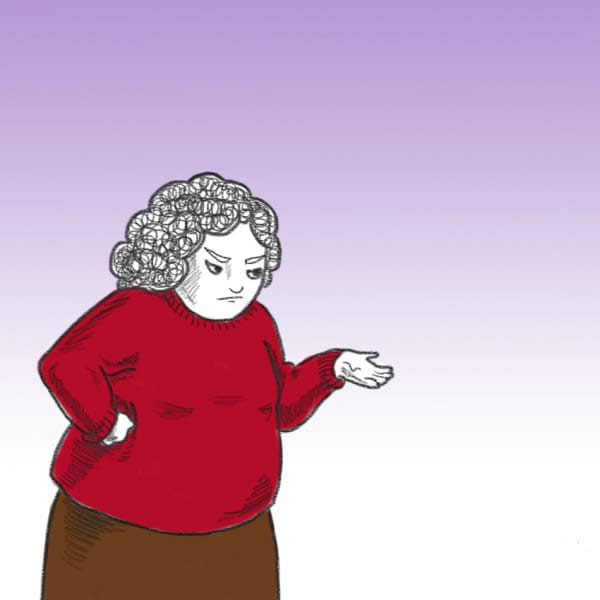 Not everyone has an easy time understanding that the things they want won’t just be handed to them on a silver platter.

Mentally strong people, on the other hand, know that they need to work for everything they want in life.

Even if occasionally amazing things seem to happen to them without much effort, people on the outside aren’t seeing all the work that went into making that “miraculous” thing happen.

Mentally strong people put in long hours to get where they need to go. 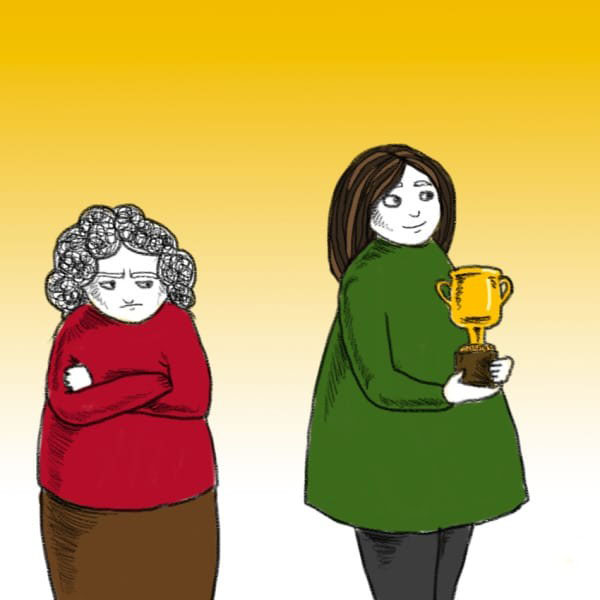 Mentally strong people aren’t the only ones working hard, and they know it.

Other people around them might get promoted or given lots of praise for one reason or another, but they never feel resentful toward them.

They also know that success isn’t a resource that’s running out; there’s enough to go around for everybody. 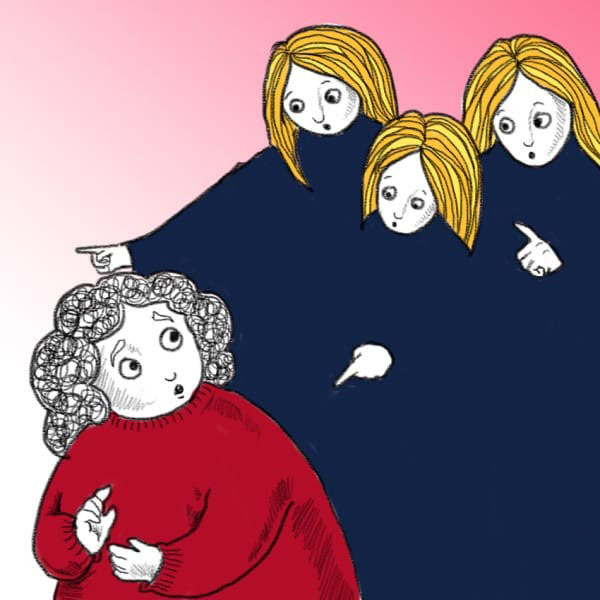 Mentally strong people learned a long time ago that it’s not good for anybody if they let themselves get pushed around.

Maybe they had one peer-pressure experience in high school that made them fiercely independent, or they just don’t like other people trying to squeeze them into their agenda.

No matter why, mentally strong people know that things always turn out better if they trust their own instincts first and foremost.

How many of these qualities do you have? Let us know in the comments!

For more great insights, check out Amy Morin’s book 13 Things Mentally Strong People Don’t Do, and don’t forget to Liked video with all the other mentally strong folks you know!