They may not be performing the same kind of operations as a SEAL Team would, but the group known as Cat Team 7 is conducting some amazing rescue missions at Naval Station Norfolk. The volunteer group is helping trap and rescue stray cats and kittens found on and around the base, getting them healthy, and then into the hands of loving homes where they will be cared for properly.

Cat Team 7 started in 2016 with a group of volunteers rescuing stray and feral cats on Naval Station Norfolk — the largest Naval station in the world — and its surrounding military properties.

The group partners with the Naval base and Norfolk Society for the Prevention of Cruelty to Animals (SPCA) to help rescue the cats, which live along the shoreline and like to hang around the base and piers.

In 2016, Cat Team 7 was able to rescue 60 cats and kittens. That grew to 70 felines in 2017, with a mix of kittens and feral cats. They expect those numbers to jump even higher. Team coordinator Caitlyn McIntosh told the Virginian-Pilot that in 2018, “We’re going to blow it out of the water.”

Rather than the traditional TNR method of trap, neuter, and release, Cat Team 7 must trap, neuter, and then relocate. That’s because the Department of Defense doesn’t allow for any stray animals living on military bases — or even for stray animals to be fed. That leaves the feral and stray cats with little other resources beyond what they can find and catch in the wild or sneak from someone on the base.

Once Cat Team 7’s volunteers are able to trap a cat, they are taken to a local veterinarian to be neutered and vaccinated before being put up for adoption. The kittens and more friendly cats they rescue are put up for adoption, with many of them being adopted by veterans and military personnel who live in the area. The feral cats are taken in by local businesses, including “farms, stables, nurseries, breweries, vineyards, distilleries, warehouses, etc. who need pest control and companions for livestock,” according to the group’s Facebook page. 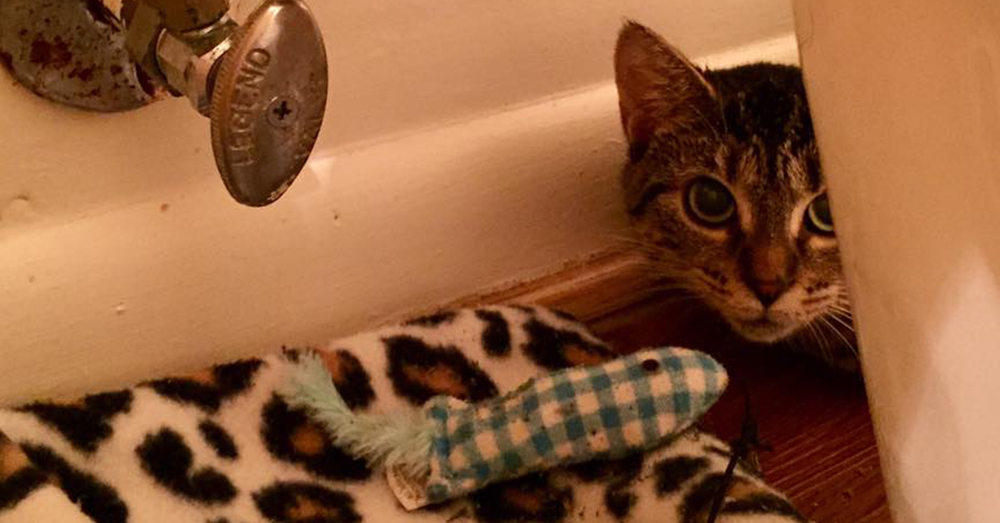 As Cat Team 7 continues to rescue as many stray and feral cats as they can, they are noticing less kittens, McIntosh told the Virginian-Pilot, a sign that the cats are struggling to survive. Still, the team of volunteers is determined to save as many cats as they can around Naval Station Norfolk, get them healthy and vaccinated, and then into loving homes.

Cat Team 7 has a Facebook page with more information, and the cats they currently have up for adoption can be found here.