A stranger drove into a parking spot in a residential area which had assigned spots. When the owner returned, she had the choice of having the strange car towed, but she took a high road, with unexpected results.

She decided, instead, to leave a note on the windshield of the car, detailing why the action of the owner had caused her some inconvenience. 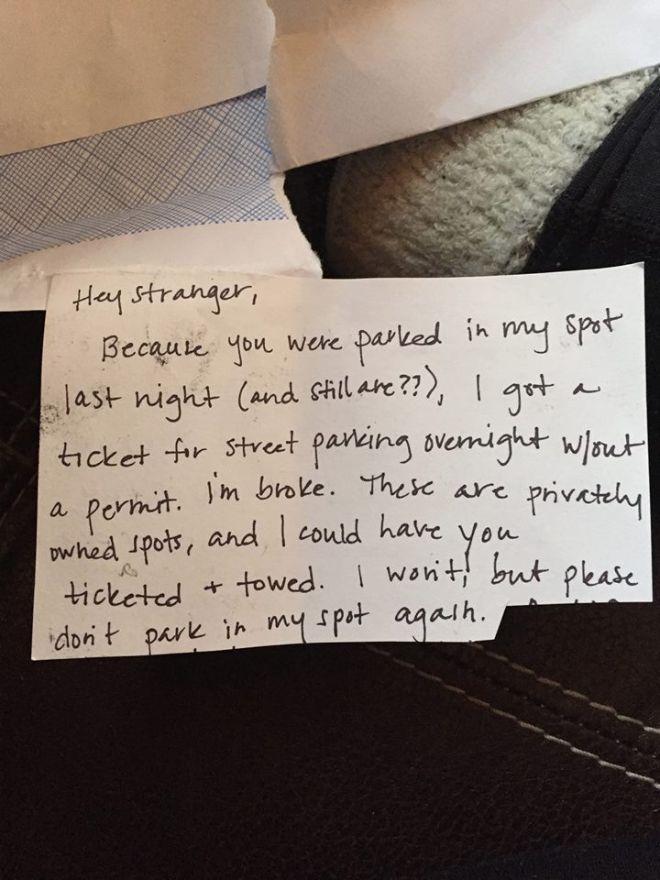 The note she wrote said,  “Hey stranger, because you were parked in my spot last night (and still are??), I got a ticket for street parking overnight w/out a permit. I’m broke. These are privately owned spots and I could have you ticketed + towed. I won’t, but please don’t park in my spot again.”

She left it at that and probably never expected a response. But she was surprised when she returned to her car and found a note from the offender.

Not only did the parking spot thief apologise, whoever it was also made attempted to reimburse her for the cost of the parking ticket. She found a $100 attached to the note. 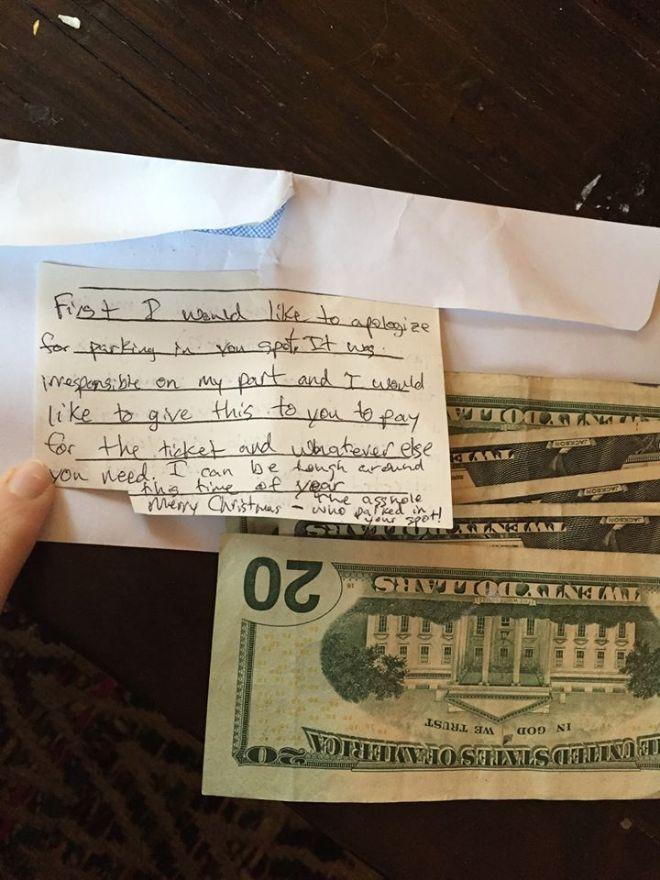 “First I would like to apologise for parking in your spot,” the reply said. “It was irresponsible on my part and I would like to give this to you to pay for the ticket and whatever else you need. It can be tough around this time of year. Merry Christmas.”

Photos of both notes were posted on Imgur and a lot of people found it touching and amusing at the same time.

It sure took courage for the stranger to own up to being wrong and that gesture was a laudable one.