Have you ever come across a bear out in the wild? It can be a truly terrifying experience having nothing between you and your potential attacker.

Something that is even more alarming is finding a bear roaming aimlessly in your own neighborhood like a fish out of water. When this happens, the only thing to do is call a wildlife group to rescue the bear and return him to his home. 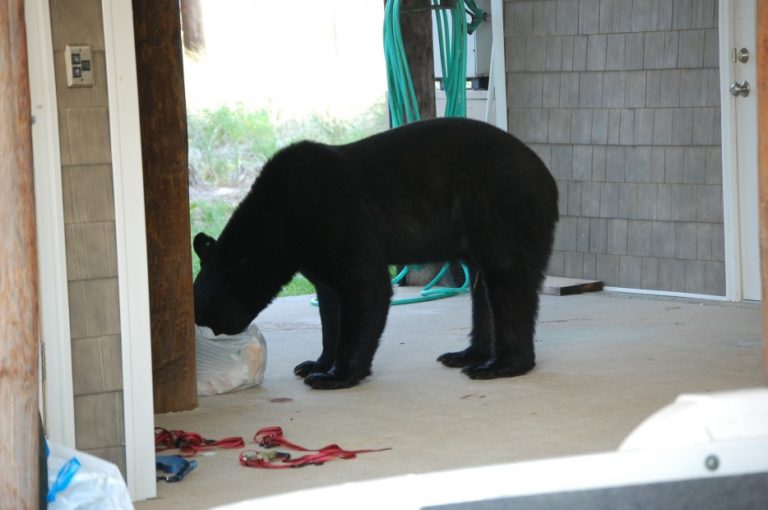 In 2008, a black bear was found roaming a neighborhood in Florida, south of Tallahassee. Wildlife officers were called from the Florida Fish and Wildlife Conservation Commission and they immediately began working to rescue the bear before any harm could be caused. 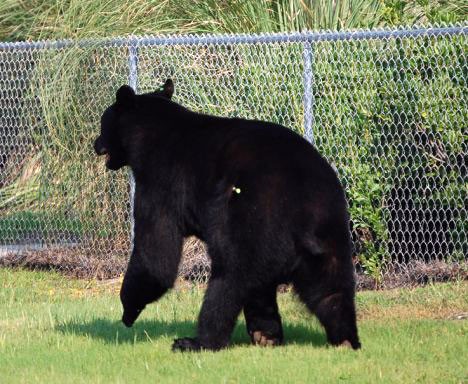 Unfortunately, when a tranquilizing dart was shot at the bear, he panicked and ran into the ocean. 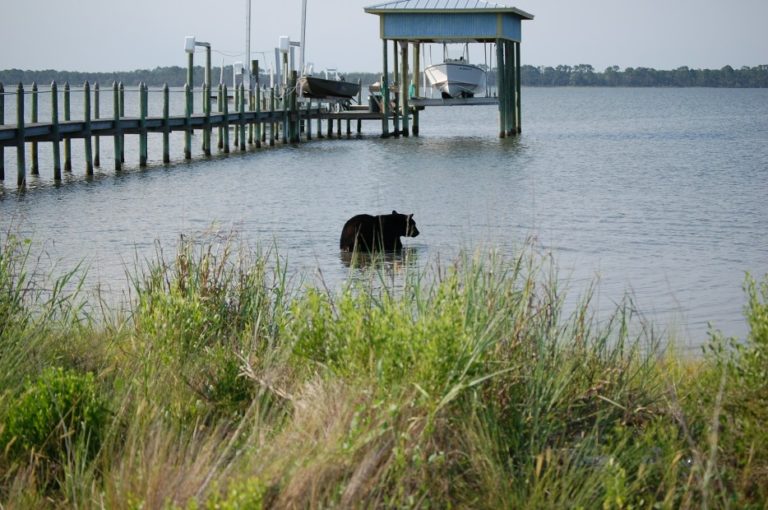 The bear swam out in the Gulf of Mexico even as the effects of the tranquilizer dart began to make him drowsy.
Biologist Adam Warwick watched with fear as the bear continued to swim farther and farther away from land. Adam knew that he would need to act quickly to save the bear from drowning in the water. 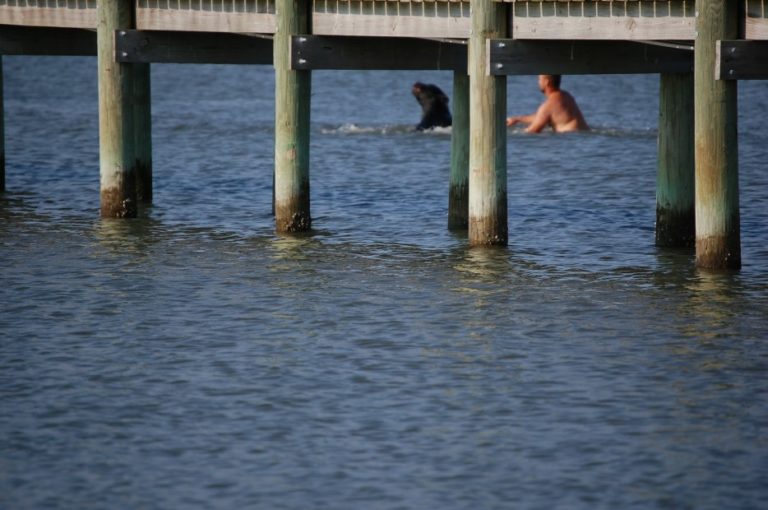 So he quickly took off his shirt and shoes and jumped into the water to bravely rescue the 375-pound bear from certain death.

“I just wanted to try to get in front of him and keep him from swimming out there and drowning,” Adam told CBS News.

“I got in front of him, tried to create some splashing and some commotion and tried to get him to go back to shore. But he wasn’t having any of that. The scariest part was probably when he decided — he started looking at me as if he wanted to climb up on me to keep from drowning and, at one point, he reared up on his hind legs, so I’m looking at a six-and-a-half-foot tall bear. Instead of lunging forward, he fell straight back and was submerged for a couple of seconds and, that’s kinda when I moved in.” 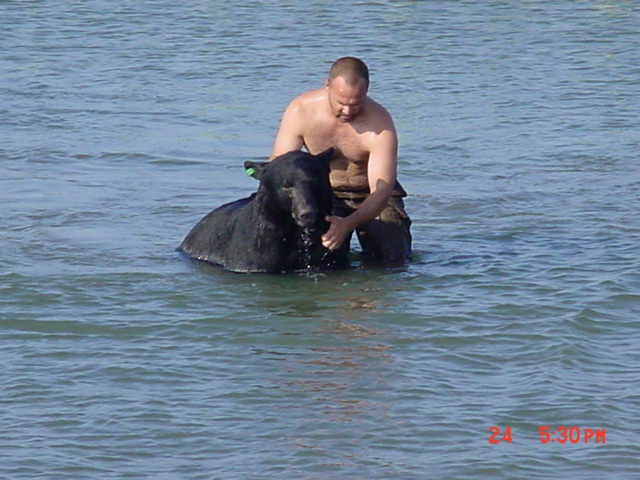 Adam was able to slowly maneuver the bear back to shore by holding him with one arm underneath and the other arm holding his neck, keeping the bear’s head above water. 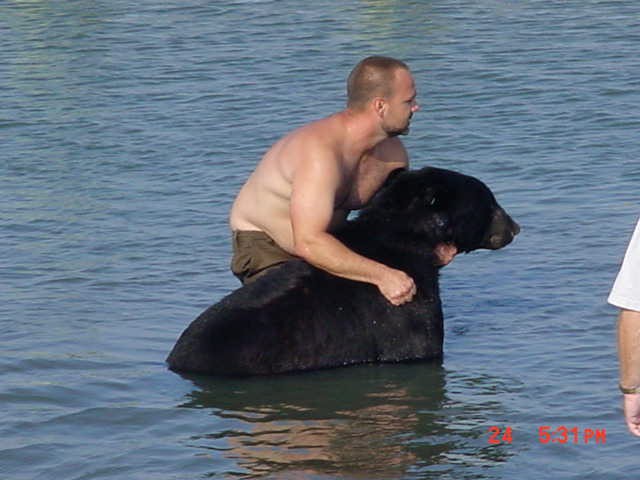 The bear had swum about 25 yards away from the shore when Adam reached him. Although the water was not very deep in that area, the bottom of the ocean was covered by concrete and sharp barnacles. Adam braved them with his bare feet. 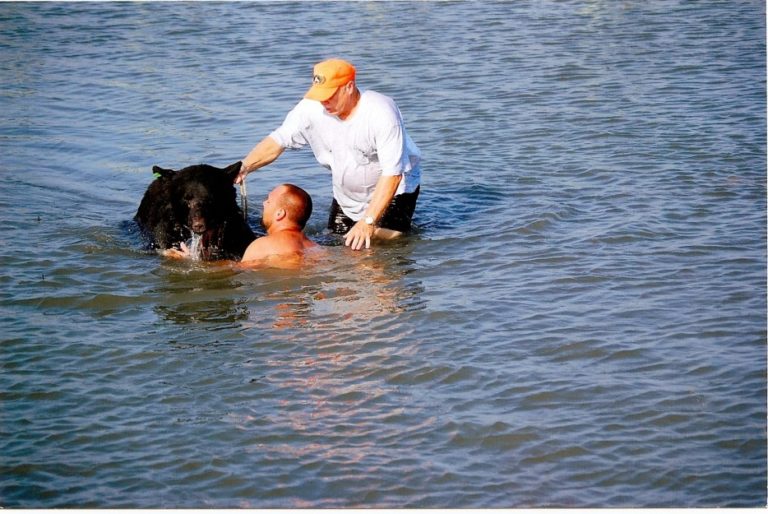 Finally, both Adam and the now very groggy bear reached the shore and were helped out of the water by the other wildlife officers who had been anxiously watching the rescue. 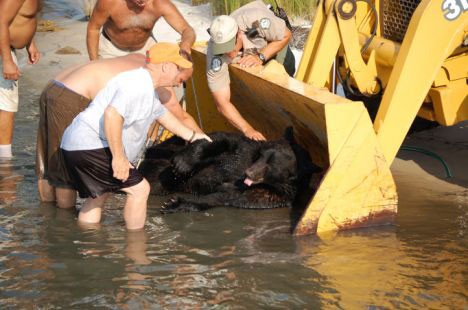 After his rescue, the bear was loaded into a truck and taken back to his home in the Osceola National Forest. Hopefully, he will be staying far away from tranquilizers and water for the rest of his very long life. 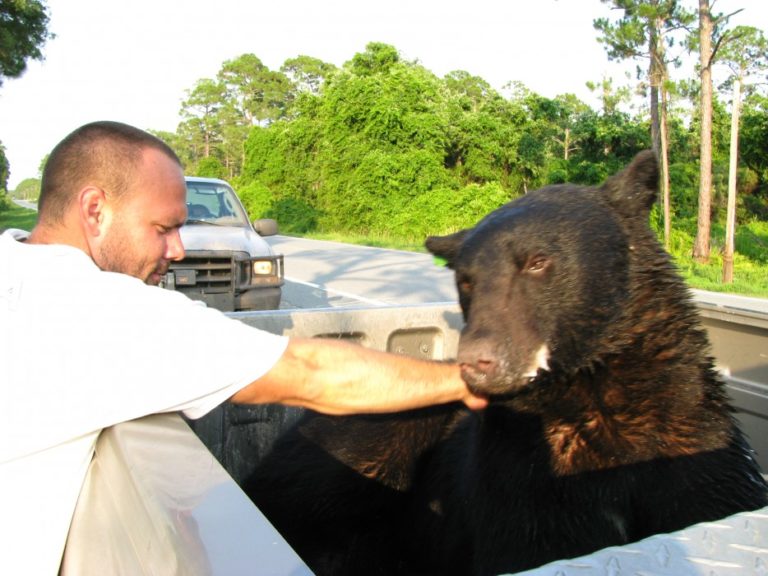 Amazingly, Adam came away from the whole ordeal with only a few scratches on his feet from the ocean floor and one scratch from the bear. Not only did Adam save one of the most dangerous animals on the Earth, but he came away almost completely unscathed. Adam’s quick thinking and bravery resulted in the bear’s life being saved.

A true act of heroism is when you do something incredibly scary with no fear of what might happen to you. After Adam’s successful rescue attempt, I would say he is definitely worthy of being called a hero!

Liked Video to spread the story of this incredible rescue.