Do we still live in the world where an act of kindness and unselfishness can change lives? There is a sense that we do when we read about rich people helping the poor. But this time it was a homeless boy who gave all his money to an ailing woman and it changed both their lives!

A street boy from Nairoby, Kenya, John Thou, was literally a John Doe among thousands of other homeless children on the streets of this city. As a beggar wondering around, asking for money and food, John was often chased away, looked down upon, called a “little thief“, but no one really asked themselves why this kid lived on the street. 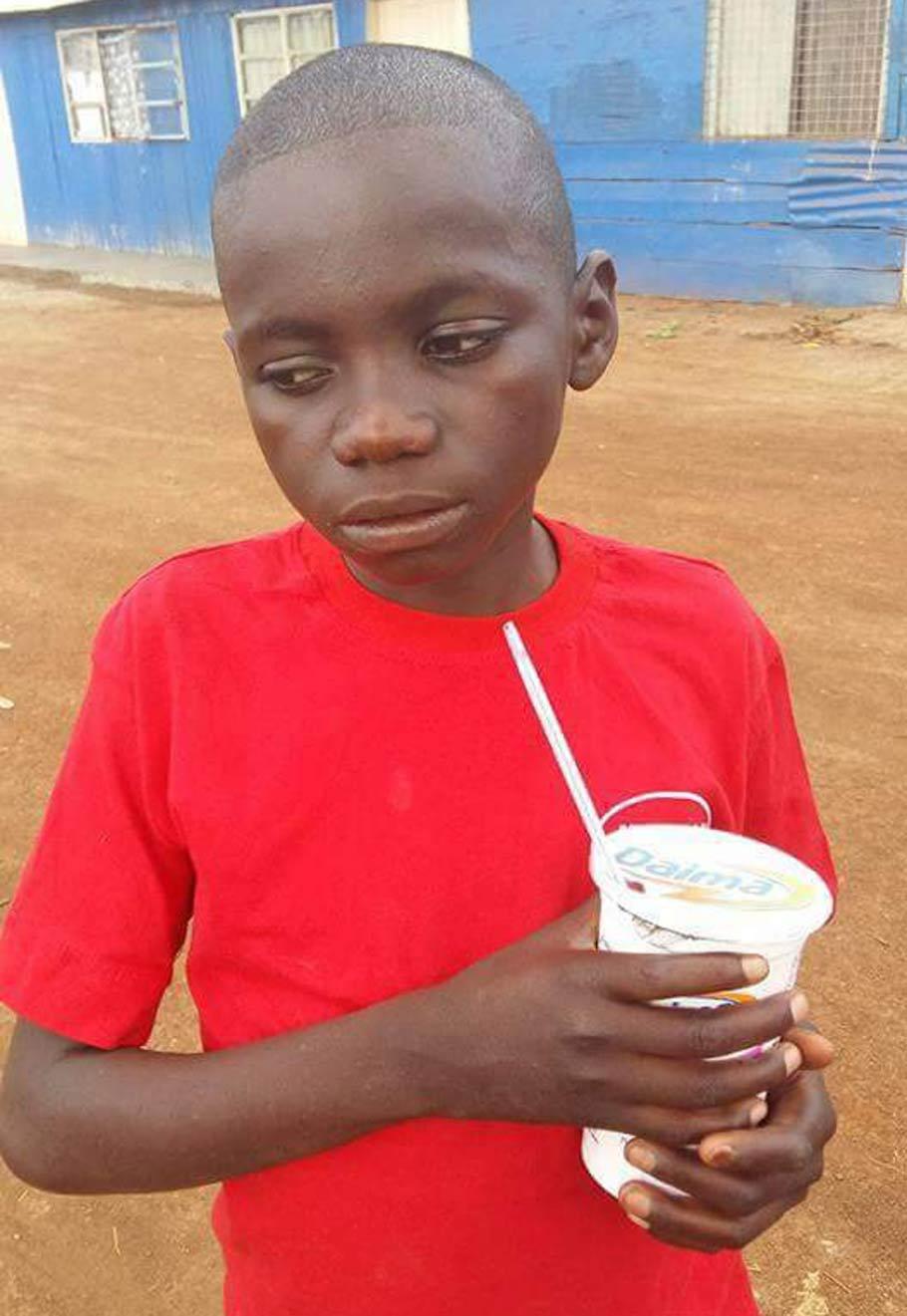 For children like John, poverty is like punishment for a crime they did not commit. Their parents either died or abandoned them, whereas other relatives do not care or have no money to support them. This is why, at an early age, they had no choice but to become “the children of the street“.On one of his “usual“ days, John was walking around asking people for some money. When he approached a car standing on the side of the street, he saw a woman wrapped into cables of an oxygen machine that helped her breathe. That’s where their story began…

The lady’s name is Gladys Kamande and she has a story of her own.

After seven miscarriages and constant abuse by her husband, her lungs collapsed. Now she couldn’t go anywhere without her oxygen supplies. She had also undergone 12 surgeries to stay alive, one of which caused her to go blind. 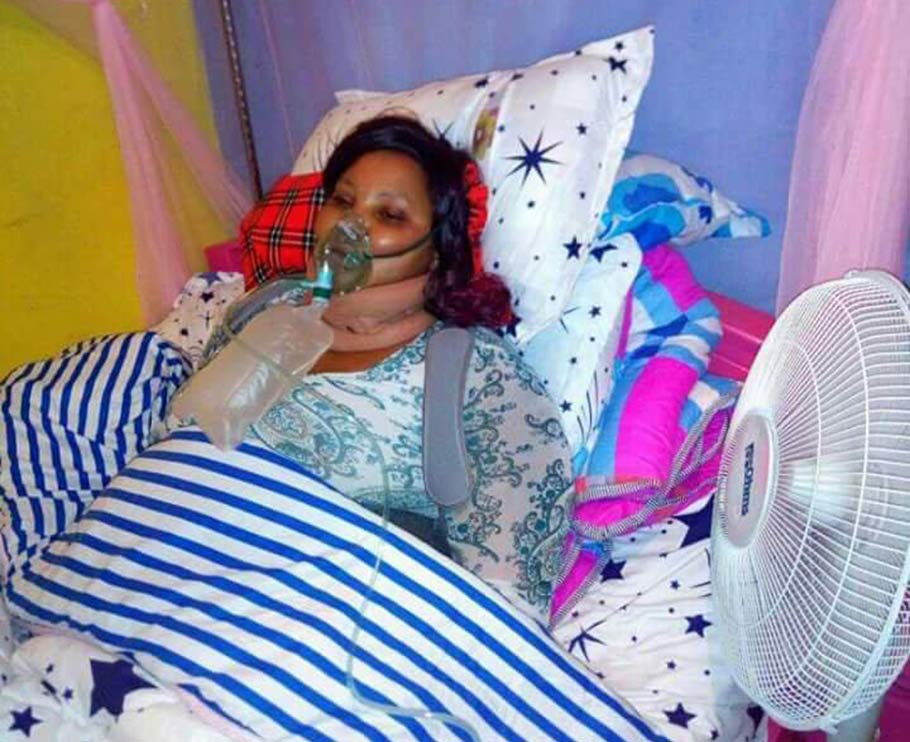 A child’s curiosity made him ask what the entire set of gadgets was for. After the lady had explained that the machine keeps her alive, he burst into tears. That was the moment when he realized that there are worse things in life than living without money and being homeless.

John couldn’t stop crying and kept weeping until people started approaching to console him. The little street boy then reached into his pocket and gave the lady the little money he had gathered. He took Gladys’ hand and, raising his head toward the sky, silently prayed for her, knowing that there was nothing more he could do to help. 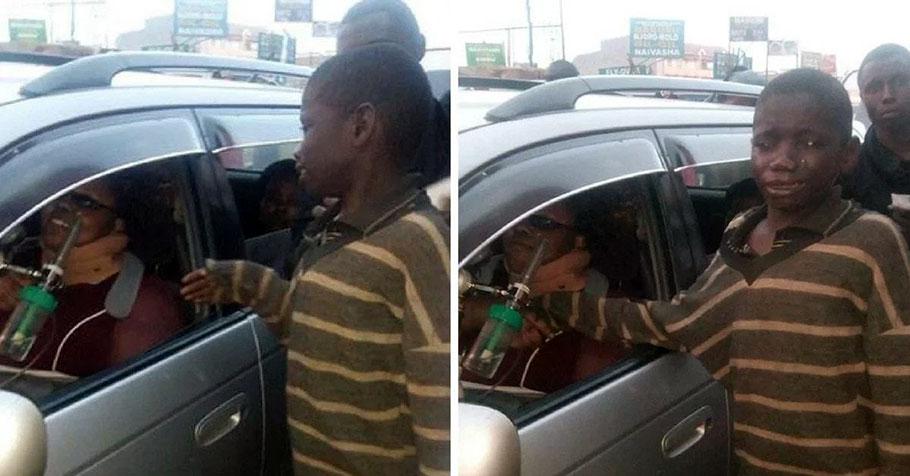 The scene was so emotional and heartwarming that an onlooker had to stop and take a photo of these two (shown above), which he later shared on social media. Not surprisingly, his post about this unorthodox event went viral and in just 4 days, Gladys received 3 million shillings of donations from the people who were moved by her story. She is now receiving treatment and getting better.

As for the little John, his act of kindness proved that those who suffer the most are the ones with the biggest hearts. The empathy he showed for Gladys and what he did after he met her changed his life as well. Gladys took him off the streets and he is now back in school. John says he would not leave her side. 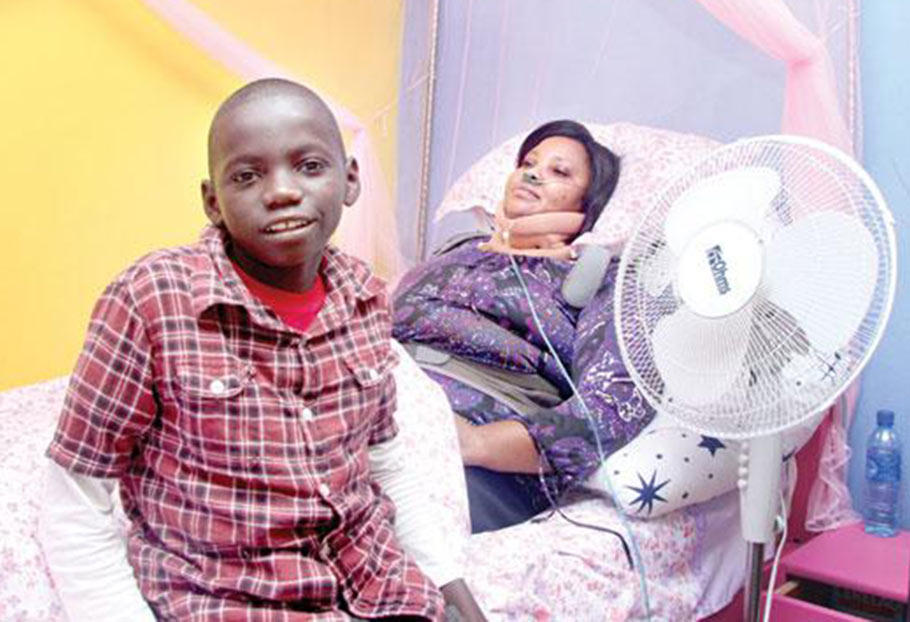 With inspiring stories like this, we are reminded that helping people in need does not mean that we have to be rich to do it. We just need to care. One way to show that you care is to share this story with your friends and family. Remind as many people as you can that a big heart can sometimes help more than a deep pocket.