When Sophie, one couple’s brand new Maltese puppy, kept escaping from its kennel they were confused. Little did they know it was someone else in the house who was responsible for Sophie’s breakouts! The couple’s German Shepherd, Twitch, was also there when Sophie was running around the house. Could he have something to do with it? 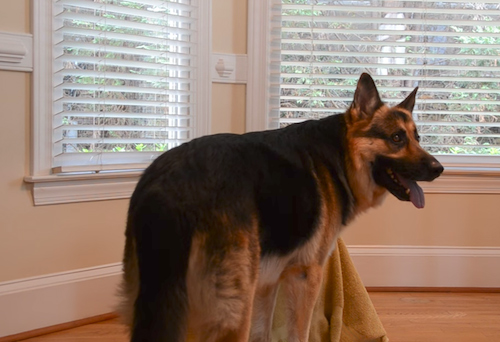 That’s why Mom decided to set up a hidden camera to see what was the true cause behind Sophie’s escape artist behavior. According to VetStreet, German Shepherds are one of the most intelligent dog breeds out there. The site says, «The German Shepherd is highly intelligent and will not be content to live life as a couch potato. He’s a dog of action, and he needs to live with an active person who will give him a job worthy of his talents.» It makes sense that this thoughtful owner got Twitch a friend to spend his days with — now he’ll never be bored! 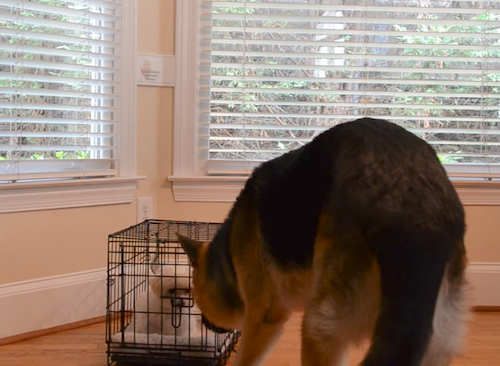 Sure enough, soon as Mom steps away, Twitch jumps into action to free his adorable puppy friends. First he removes the towel covering the kennel. Then he starts to work at the latch! Watch what Twitch does next by pressing «play» on the video below! He definitely is smarter than the average bear (or dog)!