We used to think that the good old-fashioned game ’’Rock, Paper, Scissors’’ was based on pure luck and random chance. But if that were so, it wouldn’t be so interesting.

Bright Side reveals a few tricks to help you become a constant winner at the classic game.

First of all, let’s start with the basics. As you probably know, the rock breaks the scissors, which cut the paper, and, in turn, the paper covers the rock. 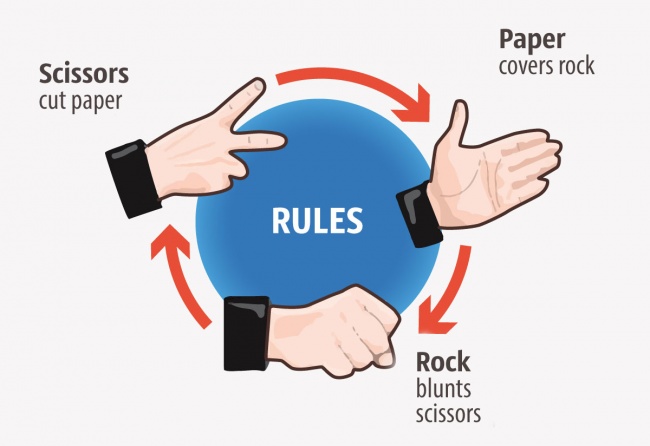 After watching thousands of these battles, a group of Chinese researchers from Zhejiang University found out that the player who won the current game will most likely do the same motion in the next one.

On the other hand, if the player loses two times in a row or more, he’ll stop showing the unfortunate combination and will try to form the shape that allowed his or her opponent to win a moment ago.

Based on this, there’s a winning strategy:

And a few more pieces of advice: