Have you ever seen a dog have an over the top reaction?

If you’re anything like me, you often attribute many human emotions and actions toward your dog’s behavior. You like to believe your dog thinks like you do.

My mom has always said I give my dog too much credit, but I truly believe he has a wide range of emotions!

One senior dog proved just how much emotion a dog can convey in the sweetest video! 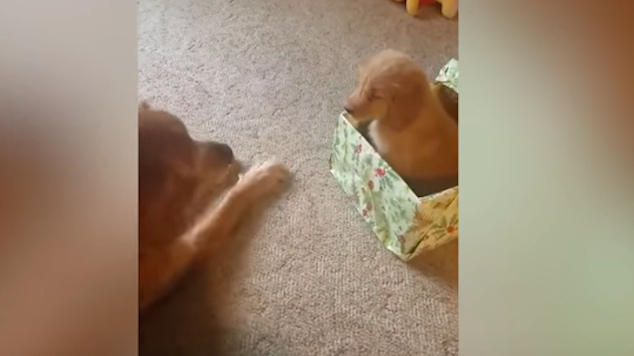 A 12-year-old golden retriever named Cash has taken the internet by storm.

Cash’s owners had felt the dog has been lonely for the last few years. His friend, Rosie, passed away suddenly a few years ago and Cash has been different ever since.

If you’ve ever had a dog pass away while another lived, you know that the remaining dog can often be impacted deeply.
Many people believe dogs need other dogs, as they are derived from wolves and wolves travel in packs. This isn’t true for all dogs, as some dogs prefer human company over other animals, but some dogs need a canine companion. 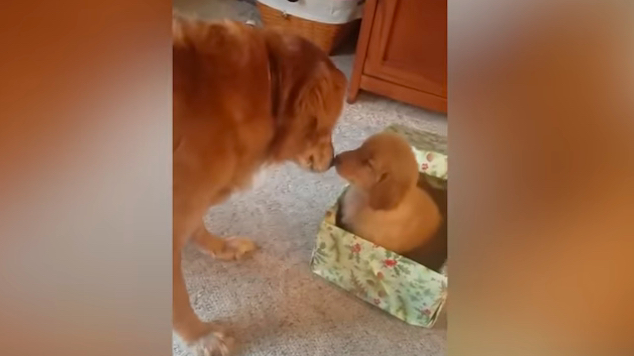 Ever since the loss of his pal Rosie, Cash has still been a very good boy. His owner, Marie Ahonen, decided she wanted to give him a big surprise for Christmas this year.

In the now viral video, Cash can be seen excitedly pacing the room as his owner enters with a present.

Cash starts freaking out and sniffing the box as soon as it is put on the ground.
His excitement jumps off the screen. Cash can’t stop wagging his tail as he meets his new little buddy. It is like he knows that the puppy is a new friend, meant just for him. 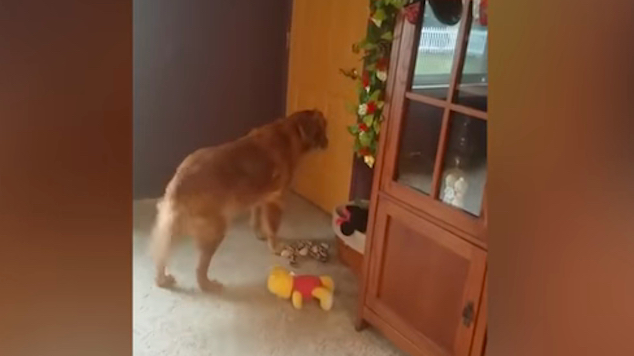 The video has gone viral, being shared thousands of times and earned thousands of comments.
Some negative naysayers are suggesting that Cash is being replaced. But most of the comments are very positive.

One commenter shut down any negative thoughts and confirmed just how big of an impact this puppy is for Cash.

For the people saying he’s “being replaced” more than likely you’ve never had one. Looks like the older one has a great personality, not only will the puppy keep him active and busy when he needs it most but maybe some of his traits will rub off on the pup. My lab that passed definitely taught the lab we have now a thing or two and I’m so grateful for it. This is the cutest thing I’ve seen all day

Please Liked Video this sweet video with all of your friends and family on Facebook today.