Sometimes people are born with physical characteristics so different from other people’s that they can never hide them. Society is not often friendly to those whose appearance deviates from what is considered normal. Often the best refuge for these people is in a group with other outcasts.

Someone who definitely made the best of what nature gave her was Josephine Myrtle Corbin, who was born in 1868 in Lincoln County Tennessee.

Myrtle was the seventh child of Nancy and William Corbin. After her birth, the doctors remarked again and again that her parents looked strikingly similar, but were not related. It was no wonder they felt they had to emphasize this, because although Myrtle was born strong and healthy, she had four legs. 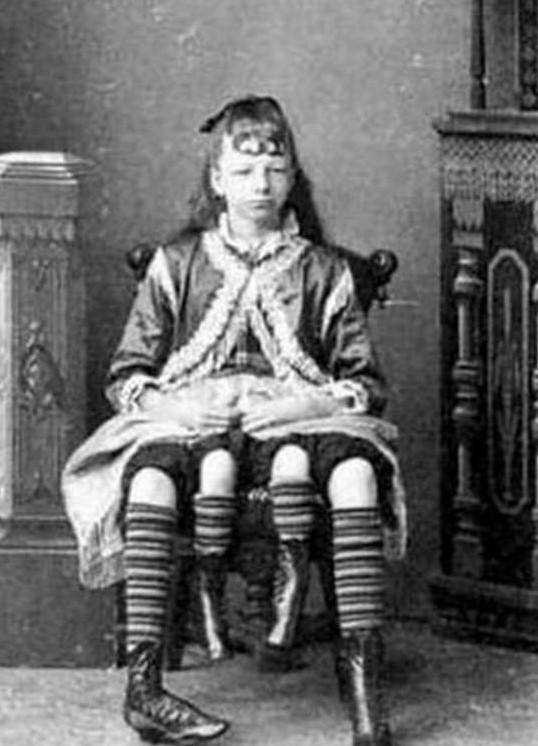 It sounds completely impossible, but it actually happens every once in a while. Myrtle was born with a condition known as Dipygus — a very rare phenomenon. In her case, it meant she had two abdomens, complete with reproductive organs and two pairs of legs. It’s thought this can happen when one of a set of twins inside the mother’s womb does not fully develop. Myrtle’s other pair of legs were smaller than her outer ones. She could move all four legs, but the inner ones were too weak to carry her by themselves.

How Myrtle finally came to join the circus is not recorded, but from the age of 13 she was known as «The Four-Legged Girl» at one of the traveling sideshows that were very popular in their day. The so-called «freaks» — who were actually people with physical or mental disabilities who couldn’t find work and who no one wanted to have around — would be exhibited at carnival sideshows. Here, for a few coins at the entrance, visitors could gaze at the dramatically staged figures who were otherwise carefully kept hidden away from public view.

For the performers, the sideshows meant a chance to work, but also meant literally being shown off like an animal in a zoo. But it was also often the only possible way they could support themselves and live somewhere they were accepted as equals. It also gave them the possibility to move through the world with self-confidence — they were respected entrepreneurs and often earned a lot of money. If they were going to be stared at for their whole lives anyway, at least they could profit from it.

Appearing as «The Four-Legged Girl,» Myrtle was really successful and was soon famous throughout the country. Contemporaries described her as friendly, very intelligent and with an optimistic mindset. She was also extremely pretty and had many suitors — and when she was 19, she married one of them, James Clinton Bicknell.

A year after the wedding when she was pregnant for the first time, her doctor discovered something that, even in the circus, no one had known: Myrtle had two whole, fused together abdomens — complete with two wombs and two vaginas. 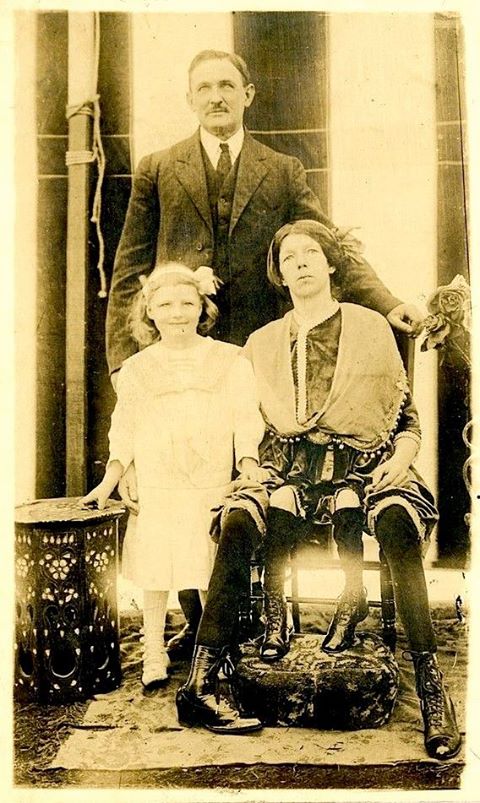 Over the years, she gave birth to four daughters and a son and lived a surprisingly unspectacular life before she died at the age of 60. At her funeral, cement was poured over her coffin and her family kept watch at her grave to make sure that it was completely dry before the plot was filled with soil. This was so they could be sure that grave robbers had no chance to steal Myrtle’s body — her days of being put on display were over for good and her family wanted her to rest in peace.

Despite her unusual body, Myrtle Corbin managed to lead a fulfilling life and was loved by her family. Instead of hiding herself away, she found the courage to face life head on and let the world know that just because someone looks a bit different, it doesn’t mean that they don’t have a lot offer.