Lots of people become victims of criminals who scan their card information using special devices (skimming) and then steal their money. Today, even when you use your card at stores or restaurants, you can fall into a trap.

Ingenico, a credit card terminal manufacturer, recently issued a guide on how to identify a skimmer in a standard terminal (Ingenico iSC250). We at Abrozzi agree that everyone should find such information useful.

A skimming terminal is significantly larger than normal 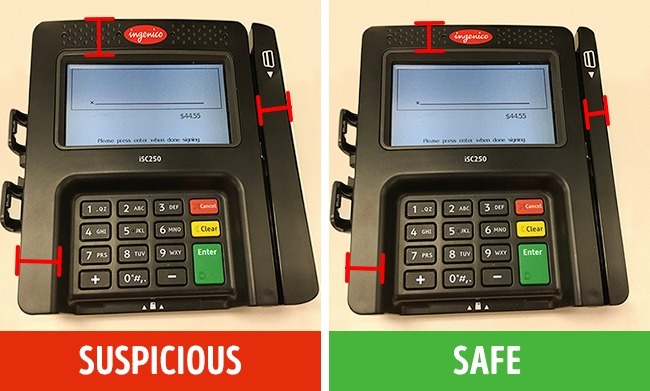 A skimmer should be longer and wider than the terminal itself to correspond to its size. That’s why a skimming terminal is noticeably larger than a true one. This is the principal feature that helps recognize fraudulent devices.

A skimmer that was inserted too quickly may block the button highlighting on the terminal.

An attachable skimmer also blocks the green LED light that should be on when the terminal scans a card.

Skimmers sometimes get in the way of the magnetic strip when they scan data. This results in more operation errors and significantly slows down the normal workings of the terminal. So pay attention if a terminal operates much slower than it should.

A stylus is not attached 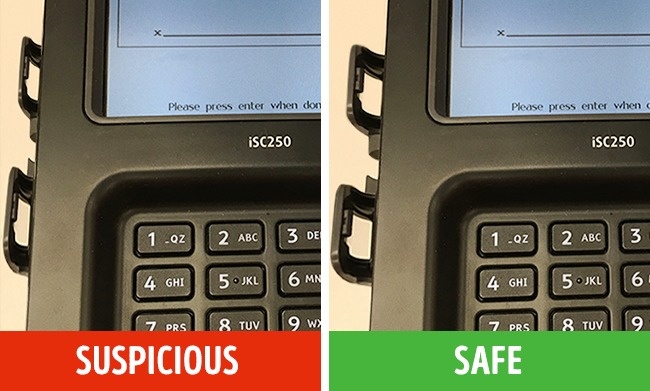 All payment terminals have a stylus attached to them that clients use to enter their signature after their card has been scanned. A skimmer inside an iSC250 doesn’t allow the stylus to be attached.

How to protect your money