Are you afraid of alligators?

Lots of people are, and with good reason. They are pretty impressive creatures, and you might think they’re terrifying if you come face-to-face with one. You will not catch me swimming in certain parts of Florida for that very reason. Even pools are questionable, but then again, I have a very vivid imagination.

There are two kinds of alligators. One is the Chinese alligator, which is smaller and lives in, you guessed it, China. The other is the American alligator, which is much larger and lives in, you guessed it once more, America (specifically, from South Carolina to the tip of Texas). Both types of alligators are very different from crocodiles, which have narrower snouts and toothier grins.

The American alligator population in Florida has been rising, with over a million inhabiting the state, spread throughout each and every county. If you plan on visiting Florida anytime soon, or if you live there now, you may be wondering what these creatures are all about.

These 10 alligator facts about the ones here in America are all so fascinating.

Did you know any of this about American alligators? Please Liked Video with your family and friends on Facebook!

1. They Can Leap Really High 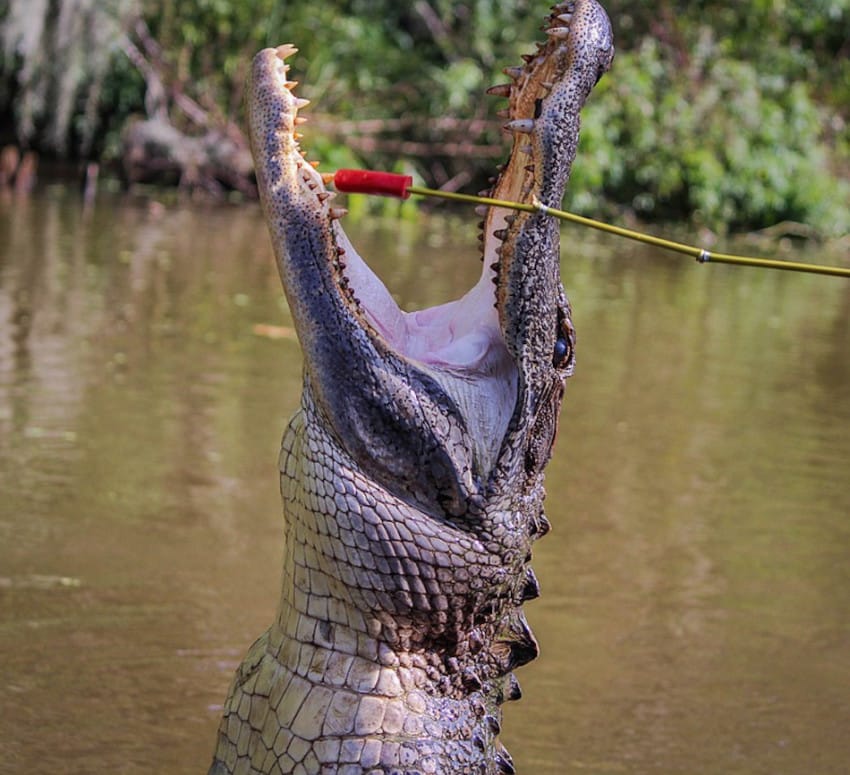 Using their tails, alligators can leap up to five feet out of the water to grab prey perched in trees with low branches. That is quite impressive — and terrifying. 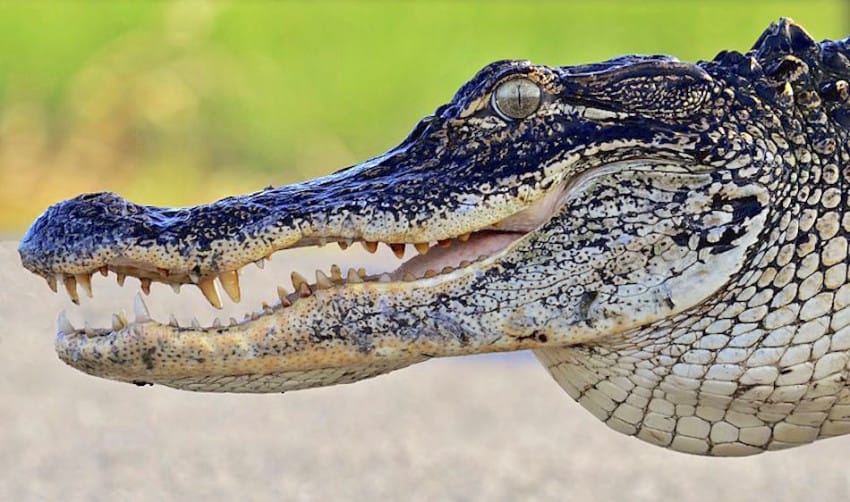 Yep, alligators eat each other. Young alligators are at risk of being consumed by their bigger counterparts. About 6 to 7 percent of the total juvenile population of American alligators in one area of Florida reached their end by cannibalism. Ouch.

3. They Have Antibiotics In Their Blood

Research has shown that there is a serum in the blood of the American alligator that has antibiotic properties. So, even if one loses a limb in a bacteria-infested swamp to, say, another alligator trying to eat him, it is highly unlikely that the wound will get infected. 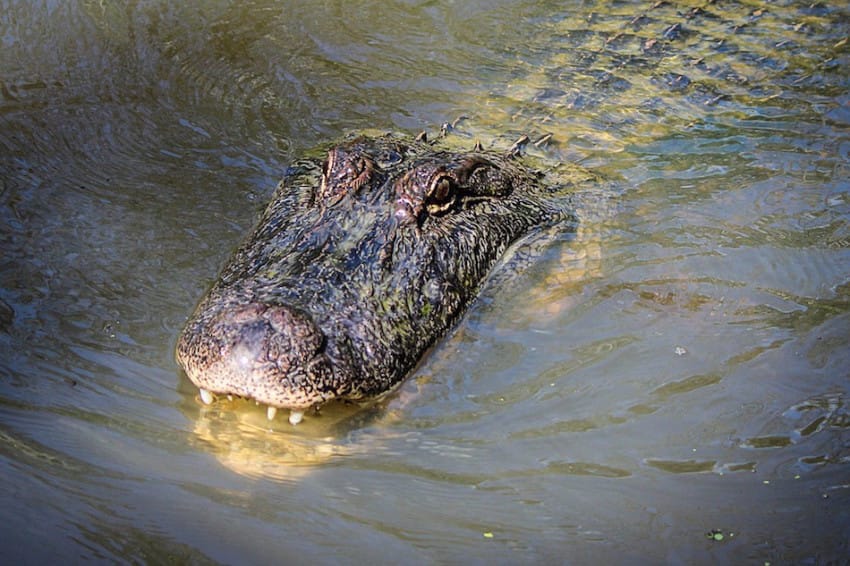 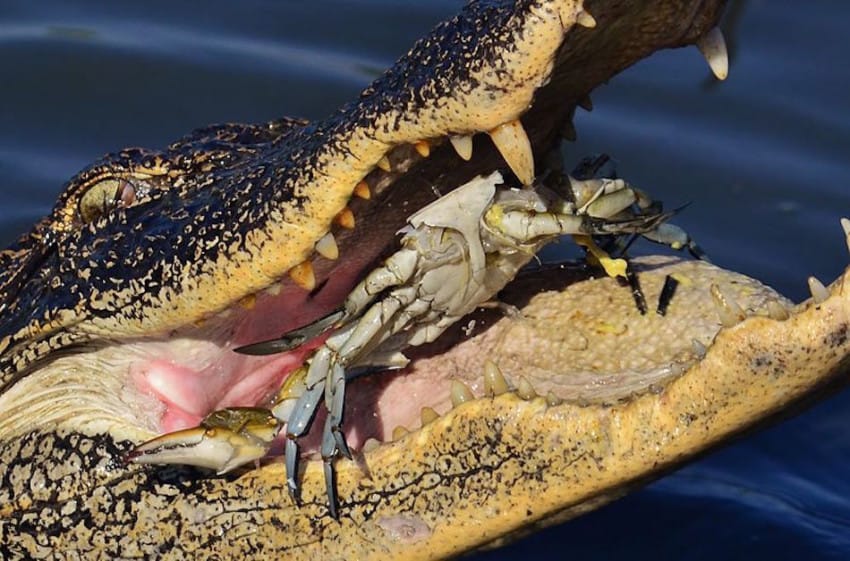 Unlike their much more aggressive cousin, the crocodile, alligators don’t usually prey on humans. They prefer smaller targets like fish or birds.

Sometimes, though, small children can be mistaken for a desirable target, and attacks do occur. If you are in an area heavily populated by alligators, like Florida, be alert about your surroundings and keep small children in your sight. 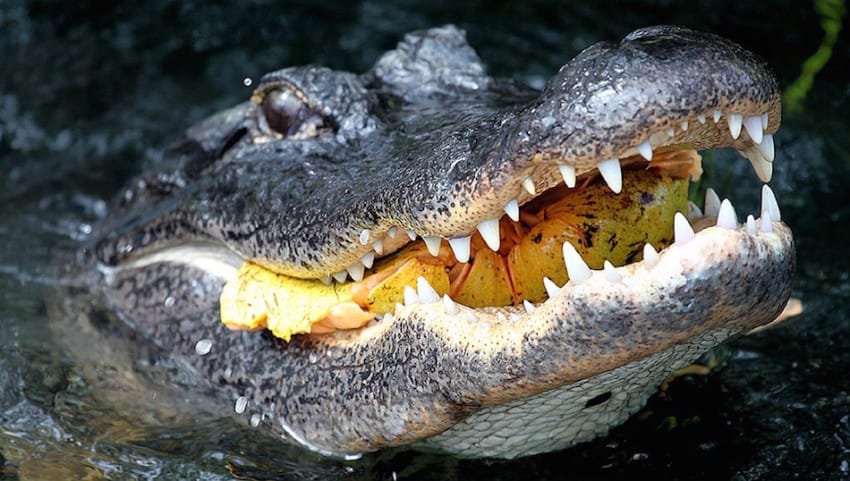 How, you may ask? Well, it turns out that alligators will eat fruit, seeds and all. Then, once they pass it, the seeds are sewn in a new spot… fertilizer and all. Who knew? 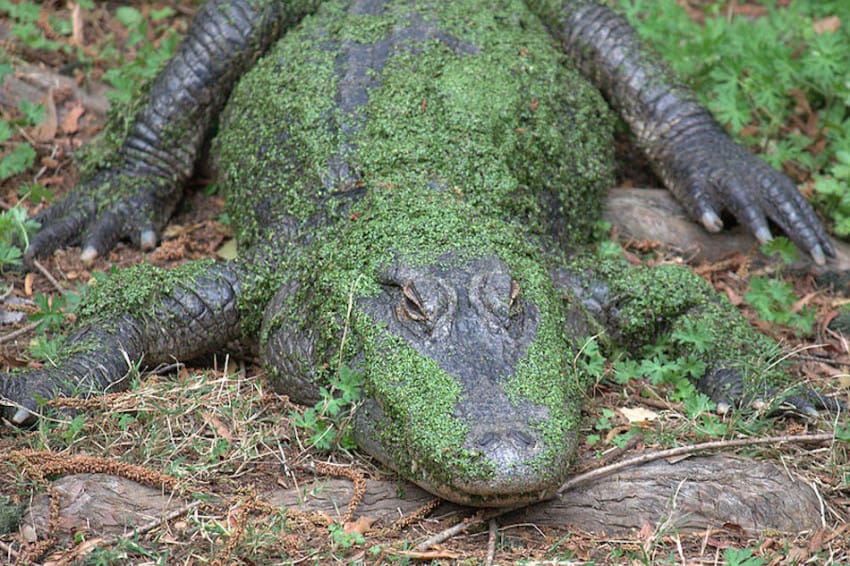 Alligators can reach speeds of up to 35 mph on land, but they will tire very quickly and have a natural fear of humans. It is unlikely that you will ever have trouble with an alligator on land if you stay a good distance from them and do not provoke them. In the water, though, they can swim up to 20 mph and will not tire as quickly. 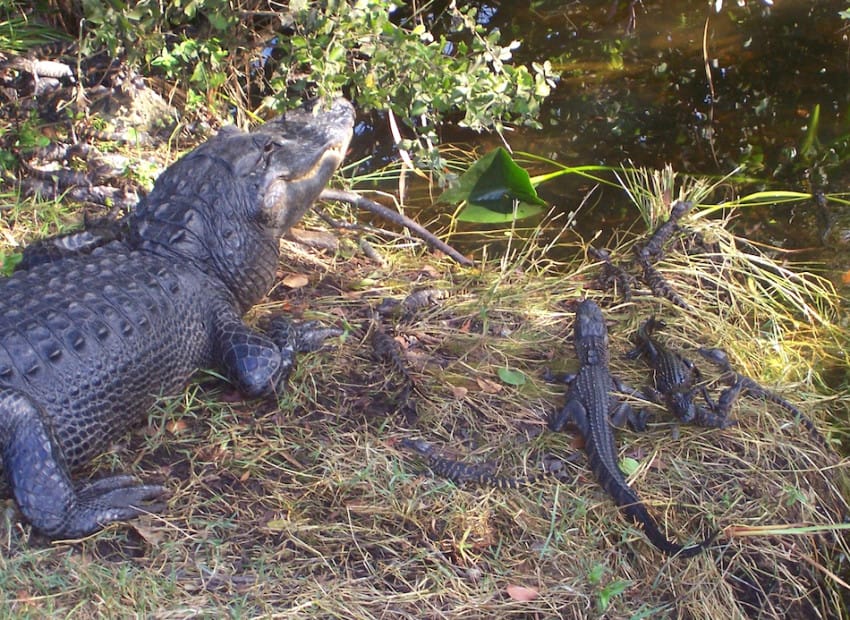 Give or take, the American alligator will live about 50 years in the wild, assuming they aren’t eaten as a baby. In captivity, they can live even longer: up to 85 years!

8. The Temperature Of The Nest Determines The Sex Of The Baby 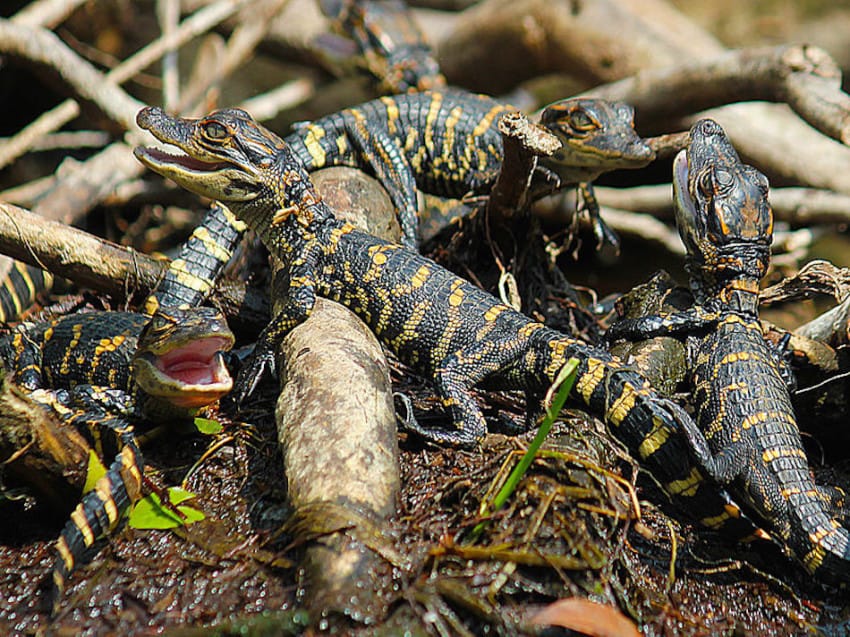 This sounds insane, but it’s true! For some reptiles and certain fish, the sex of the embryo in the egg will be determined by how hot or cold it was while incubating.

For alligators, nests built on dry leaves are warmer, and will end up male, while nests built in a cool muddy area will be female. 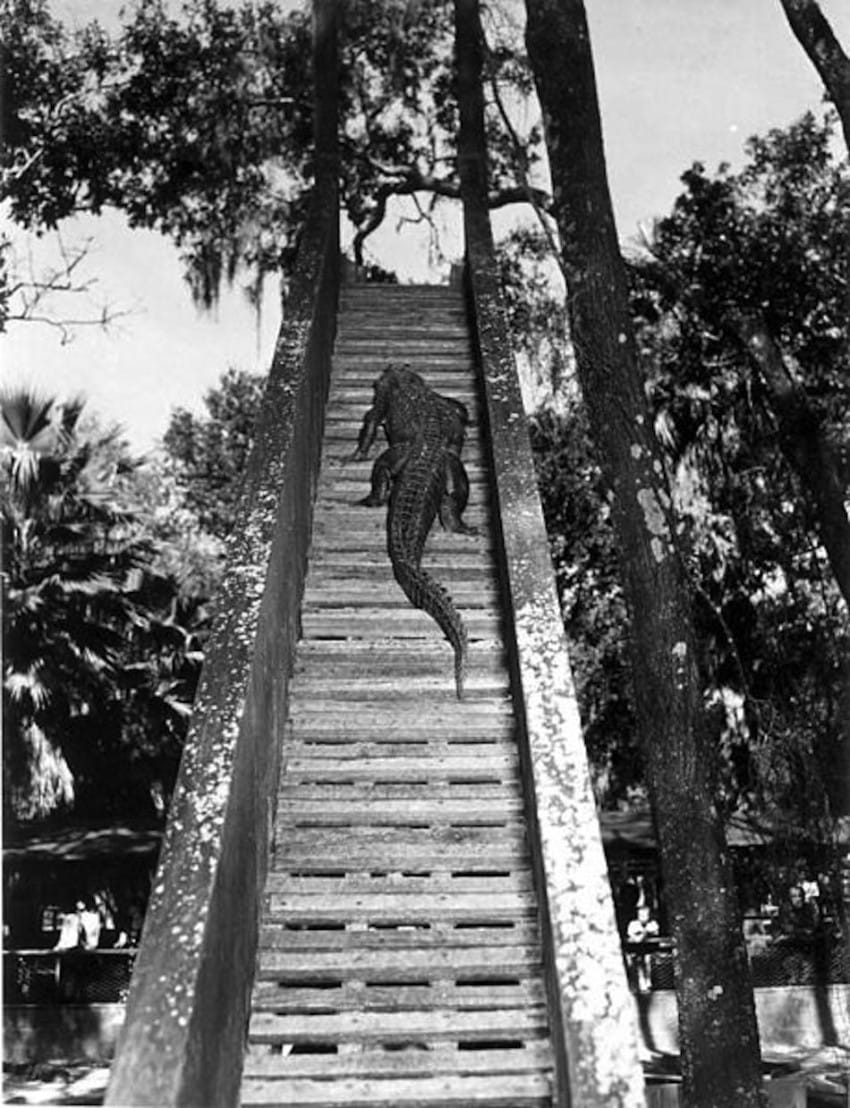 Alligators aren’t just dexterous in the water, they also climb trees! It’s usually the juvenile, lighter crocs that scale branches to get a better perch in the sun, but locals in areas highly populated by alligators report seeing them up above quite often.

They will also, apparently, climb tall stairways, so you better look up! 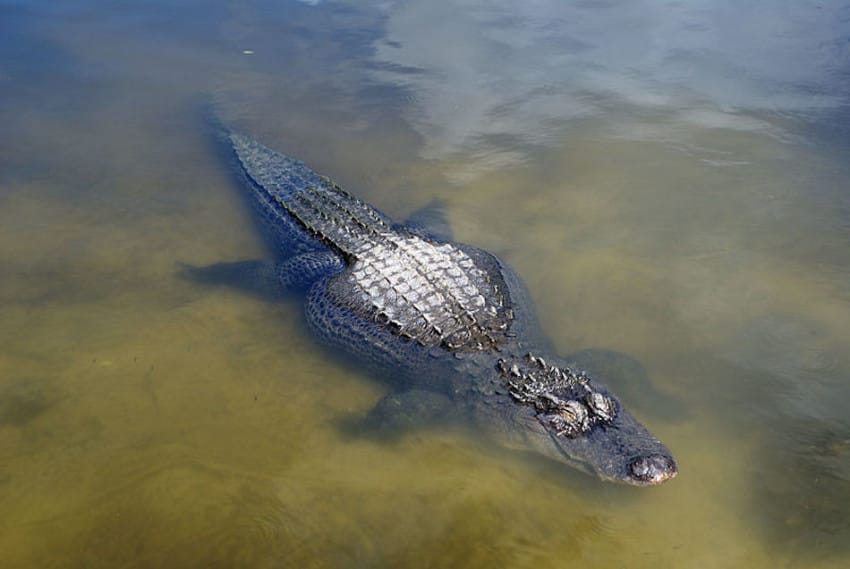 That’s right, 15 feet — which is taller than two full grown male adults put together. However, that’s not the average length of an alligator. Many range closer to 11 feet or so, and can weigh 1,000 pounds, give or take!

Did you know any of this about alligators? Please Liked Video with family and friends on Facebook!