The Statue of Liberty was unveiled in 1886, America’s 100th birthday.

Construction on the statue began in France all the way back in 1876.

So, what happened in the 10 years between the beginning of construction and the unveiling of the glorious statue?

A lot of back and forth, a lot of financial drama, and a fair amount of name-calling between American cities, that’s what.

There is much history behind Lady Liberty. She welcomed many people to America, filling them with a feeling of hope for their future in the young country, a place where anyone could make their own fortune if they worked hard enough.

These 10 Statue of Liberty facts may come as a bit of a surprise, but she is what she is, and she is beautiful!

1. She Wasn’t Actually A Gift From France 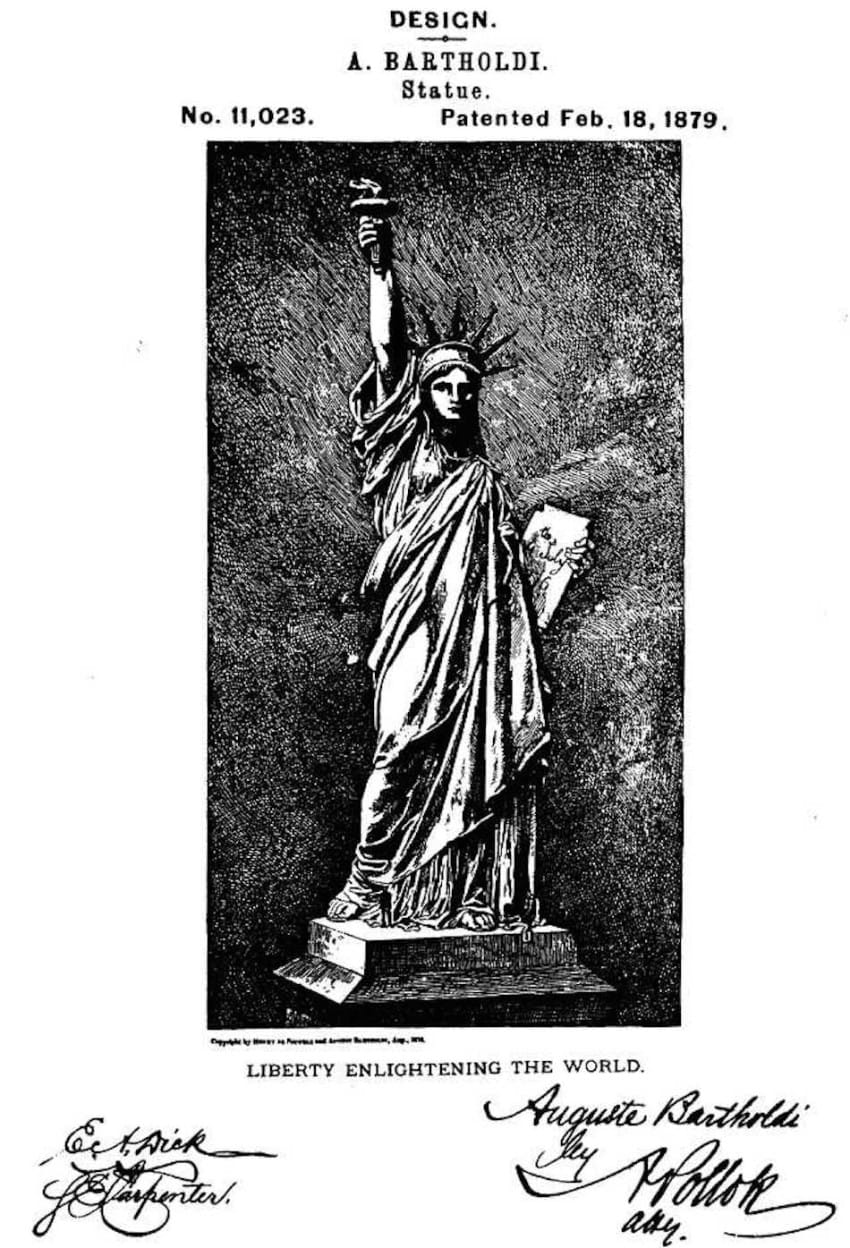 She was an import from France, but she wasn’t really a gift from the government. The independent statue maker, Frédéric Auguste Bartholdi, wanted so badly to construct a project to be displayed in America that he drummed up enough support on his own. In that way, it was, in part, a gift from France. However, Americans also helped pay for it. 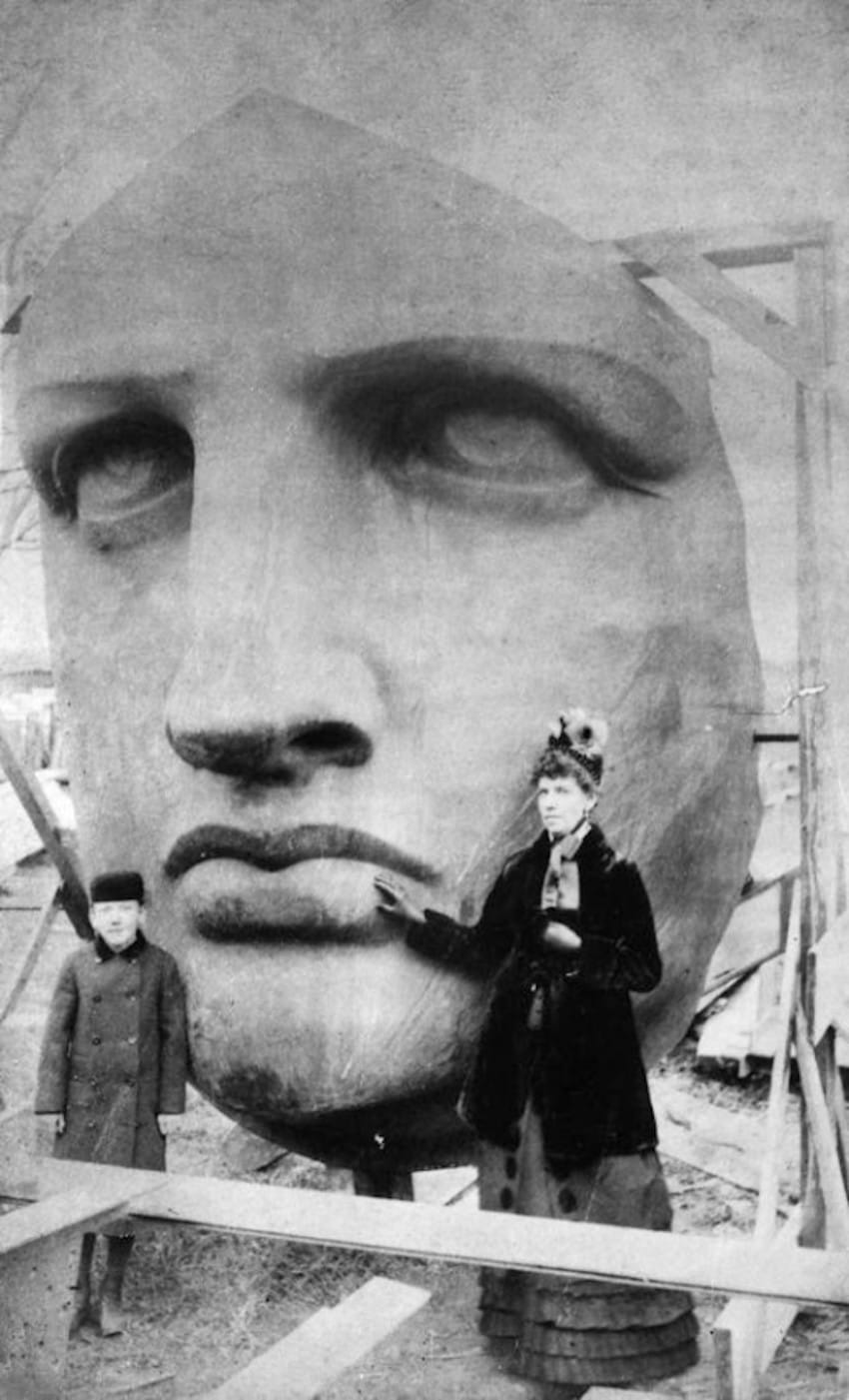 Her sandal is 25 feet long, which translates to a U.S. women’s size 879 shoe. Sorry, Lady Liberty, I don’t think you’re getting a new pair of shoes any time soon. 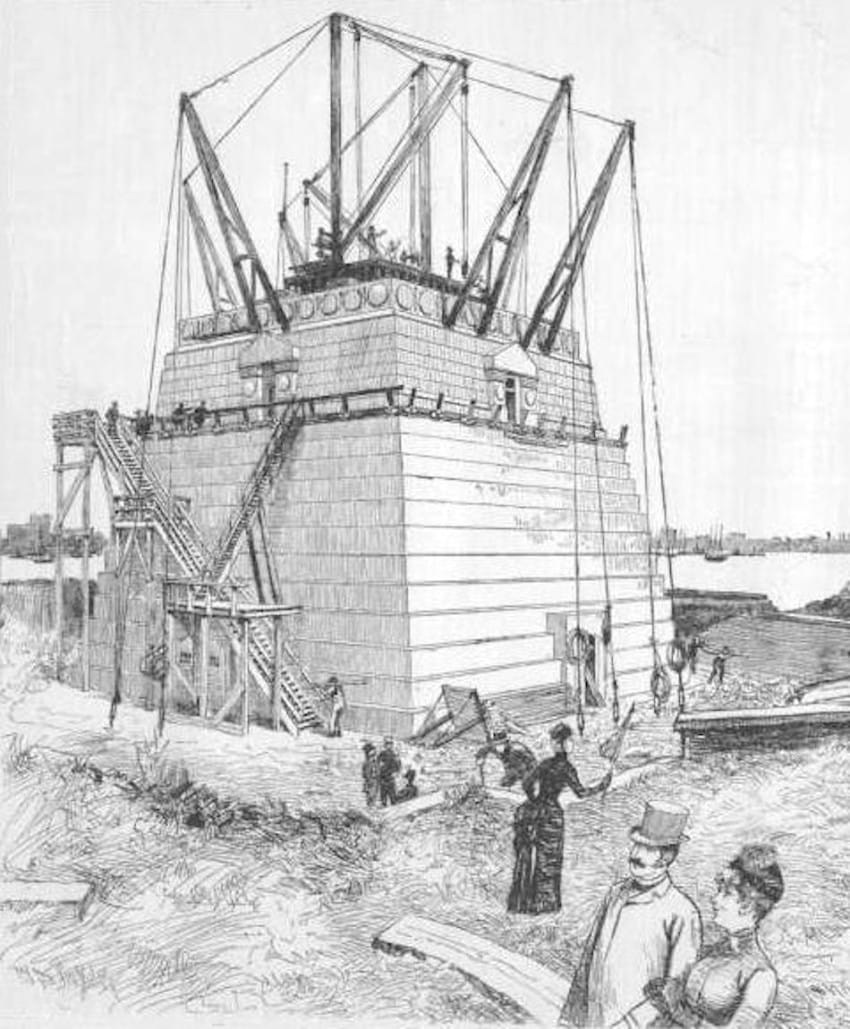 You have probably heard of modern crowdfunding websites, but in 1885, Joseph Pulitzer hatched a similar idea. What if he were to use his newspaper, The New York World, to get people to contribute to paying for the pedestal.

Every person that donated a penny to the cause got to see their name in print. This tactic also boosted the sales of the paper, so it really was a win-win all around.

4. New York Wasn’t The Only American City To Be Considered 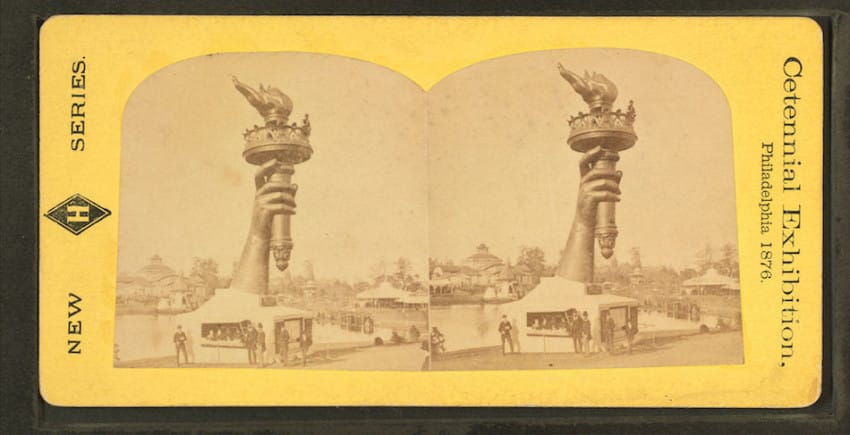 Boston and Philadelphia both tried to take up fundraising responsibility to win over the statue, but New York, being the steadfast city that she was, would not stand for it. The New York Times even published an editorial calling Boston a “Third Rate Town.” Not the nicest, but it seems to have worked.

5. She Dances In The Wind 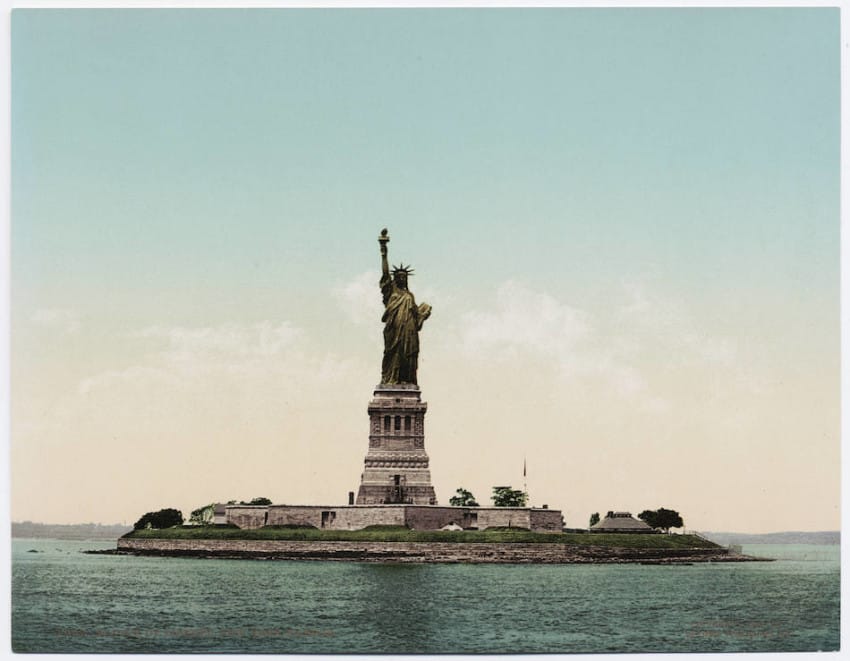 Well, sort of. In winds of 50 miles per hour, Lady Liberty will sway up to three inches, while her torch will sway up to six inches. Being afraid of heights, I think I’ll admire her from the ground, thank you very much!

Or 305 feet and one inch, to be exact. That’s all the way from the ground to the tip of her torch. 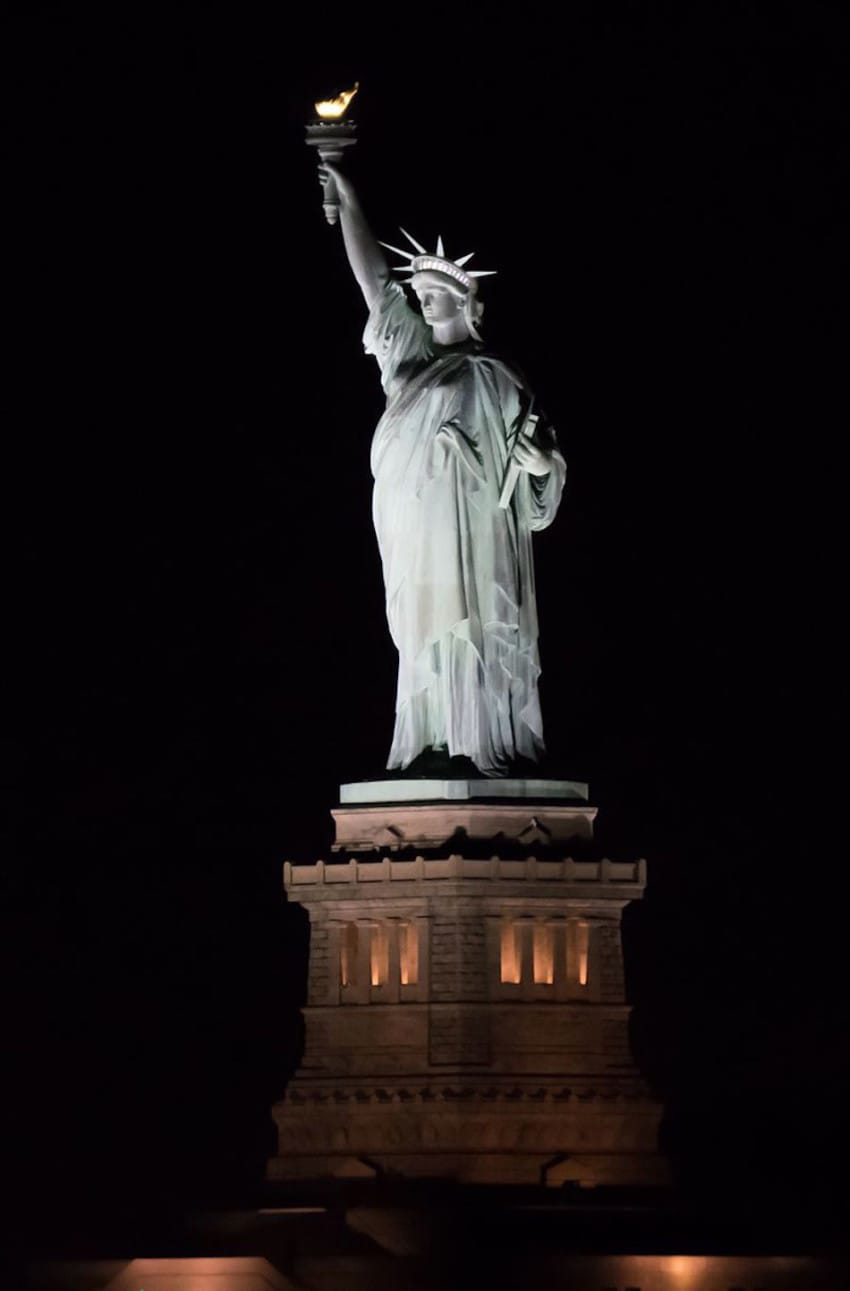 As a part of a two-year-long, huge scale restoration project, the Statue of Liberty got a brand new copper torch covered in gold leaf in 1984.

8. She Was Originally Intended To Go To Egypt 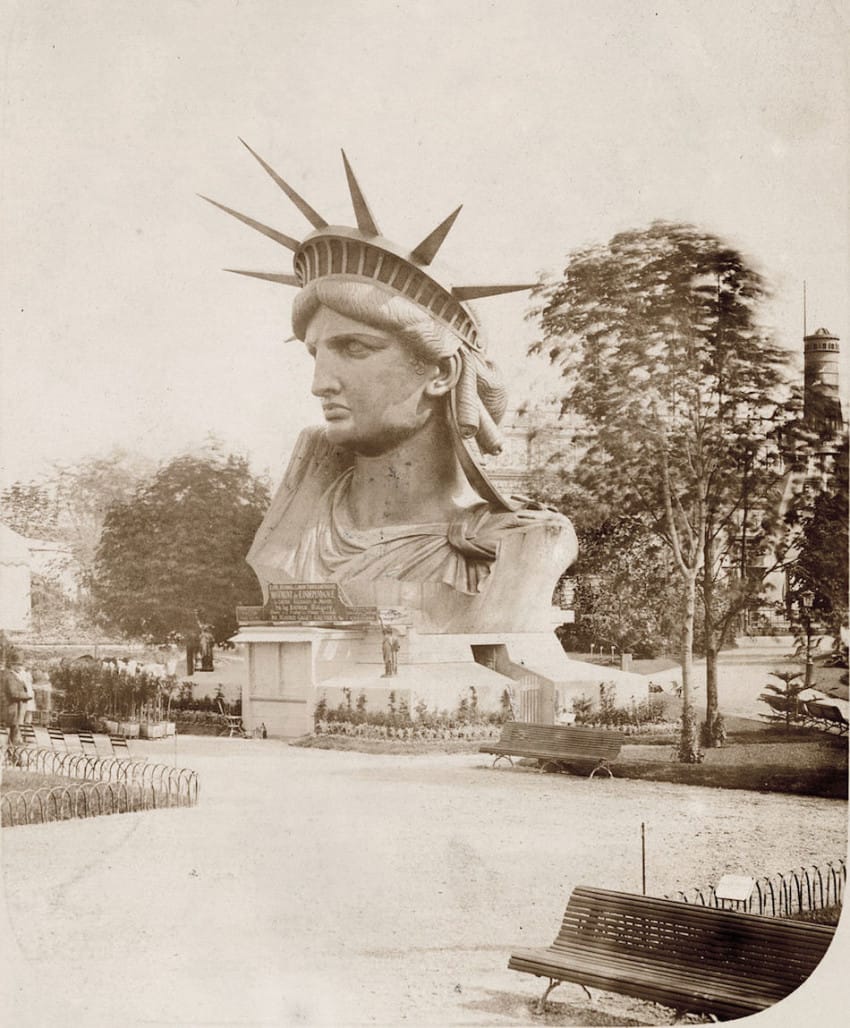 At first, before even the beginning stages of building the monument, Frédéric envisioned a lady holding a torch standing tall above the Suez Canal in Egypt.

When the Egyptian government thought the idea was too old-fashioned, Frédéric regathered his intentions and knew that America, with which he was fascinated, was where this creation he was dreaming up was supposed to go.

9. She Was Once Called A «Glowworm» 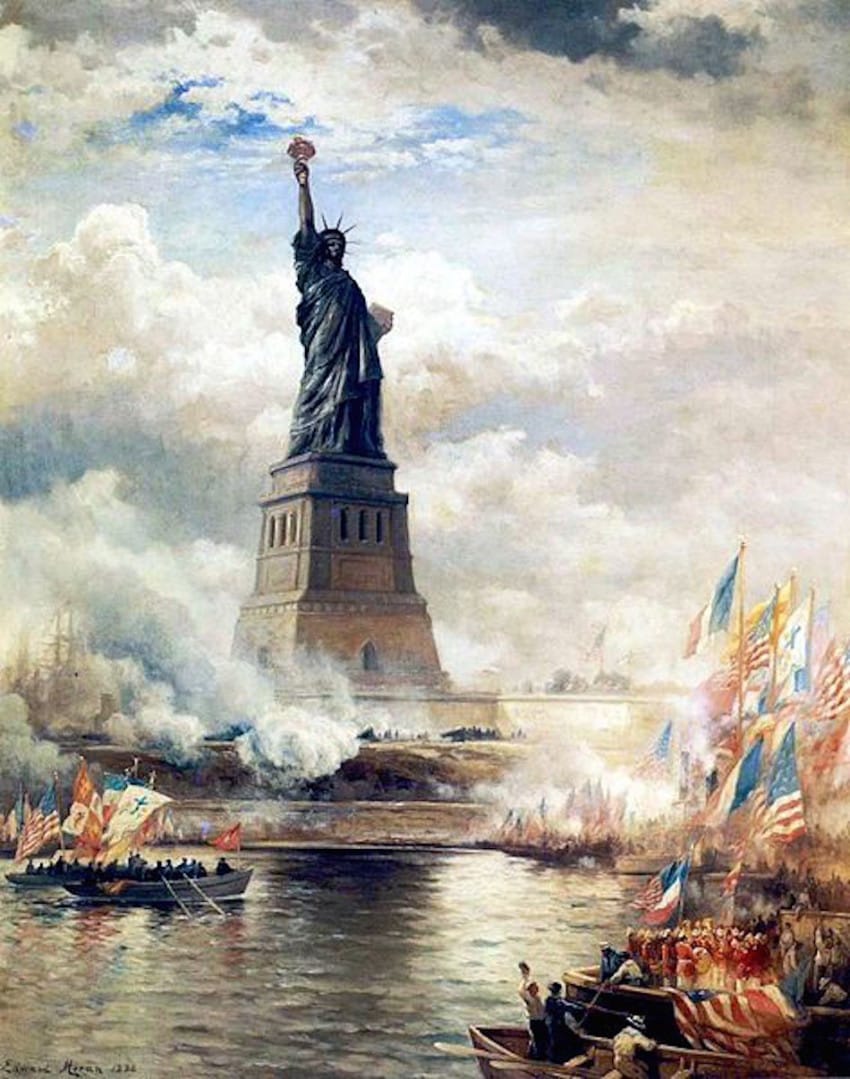 Originally intended to be a lighthouse, the torch didn’t really provide much light at all. In fact, at night, it was hardly visible from Manhattan, and it was certainly not bright enough to be considered a beacon. The World published that she was “more like a glowworm than a beacon.”

Later, at the tail end of the 1800s when immigrants were flooding in at Ellis Island, the not-very-lighthouse-like lighthouse became the symbol of the American dream, and the fact that she didn’t serve very well as a lighthouse became a moot point. 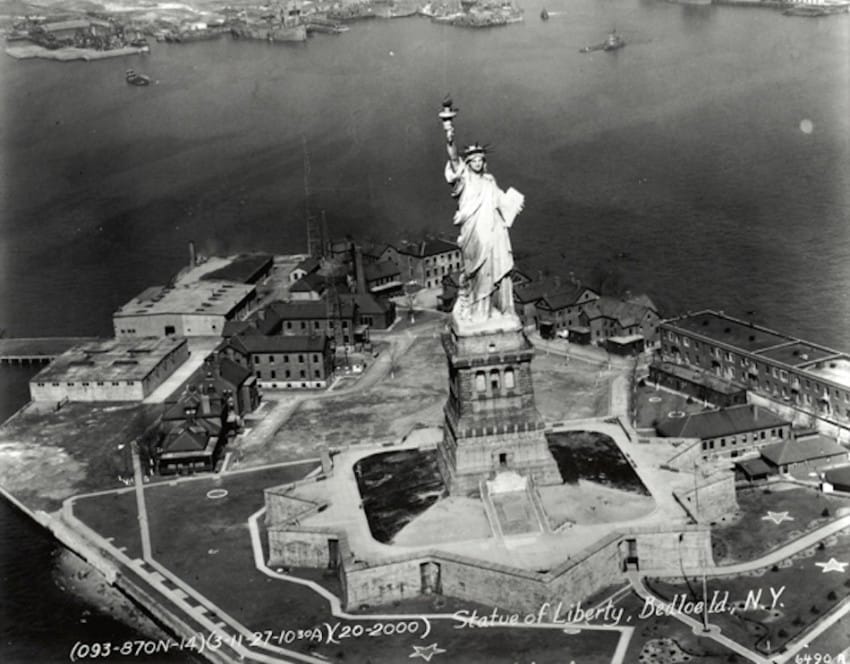 Did you know these fun facts about the Statue of Liberty? Please SHARE with your family and friends on Facebook!