A truck driver from Namibia was about to hit the road and walked around his vehicle to do a routine check before climbing into the cab. While inspecting the tires he found something very unexpected — it was a baby aardvark snuggled up and sleeping. The driver took a look around to see if the animal’s mother was near, but when he found no sign of her he decided to take the little creature with him. 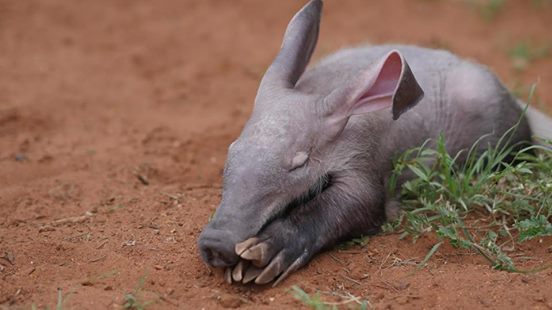 The driver took the baby aardvark to his company’s headquarters and there they did some quick research to find an animal shelter that would take the little animal. They ended up finding Dr. Erika de Jager, a veterinarian who runs the Liked video a refuge for abandoned and rescued animals.

When they brought the aardvark to her, Erika was excited to have such a unique visitor.  «It was love at first sight for me,» she remembers. 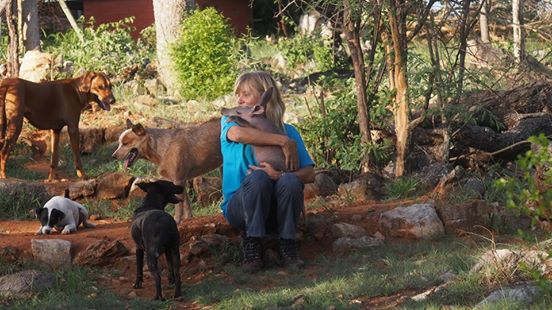 It also didn’t take long for Erika to find a name for him. His cute wrinkled face and grey skin immediately reminded her of the famous movie alien «E.T.» and that’s exactly what she started calling him. But that was the easy part. Erika had never had to care for an aardvark before and she had no idea what to feed it. 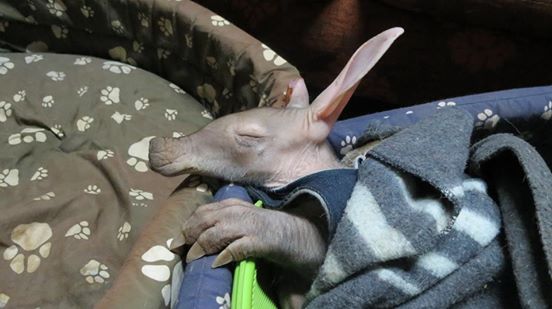 «We had to experiment a lot with different teats. We also fed him, in the beginning, a local brand of kitten milk, but he did not do well. It was only after we received some advice from a lecturer at Onderstepoort that we had a better idea of what to feed. We then started to feed him the imported milk and he immediately started to pick up weight,» explained Erika. 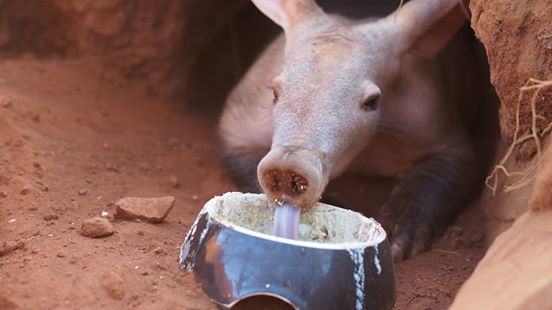 Taking care of E.T. proved to be a full-time job. Erika treated the aardvark like a newborn baby, feeding it every couple of hours and taking it for regular walks. 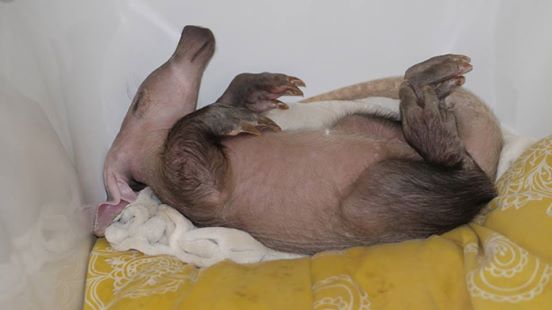 Soon E.T. settled into his new home and even made some friends. Spokie and Zarah, two dogs that were rescued by the orphanage, found their new roommate a bit strange at first, but soon they became best pals. 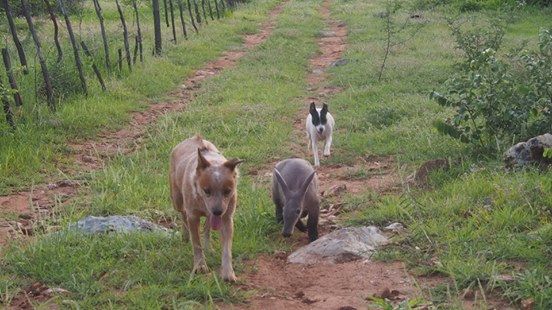 «The dogs were interested in him and just reacted as if he was another puppy. They are used to baby animals like goats and warthogs,» explained Erika. 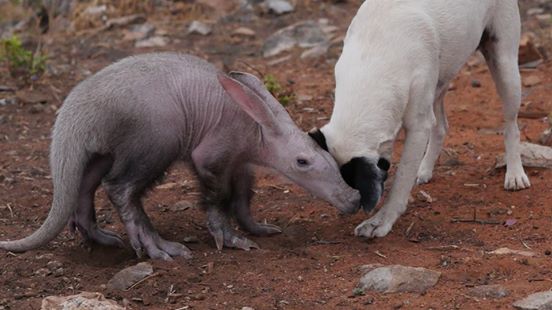 E.T. quickly became one of the gang and the three friends even shared the same bed every night. «If the dogs went for a walk, E.T. was with them. I don’t think E.T. realized he was an aardvark. I think he just assumed he was a dog,» Erika joked about this very unique animal friendship. 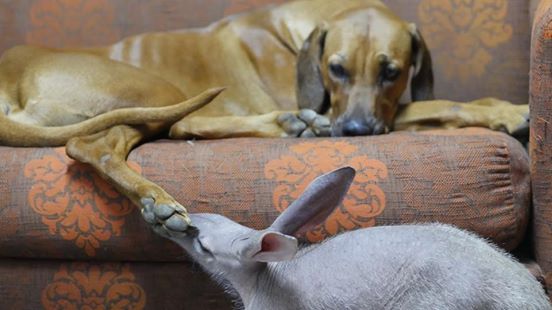 After five months Erika knew that she had to start the process of releasing E.T. back into his natural habitat. Although she loved having him around, she knew that it was best for him to be where he belonged.

«E.T.’s release took place in stages. He was first allowed to play outside for an hour, then four hours… and then one night, he stayed out,» said Erika. 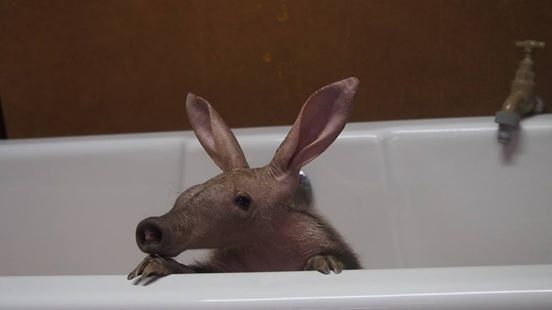 E.T. now lives in the wild, at least most of the time. He hasn’t forgotten Erika and his doggy buddies and comes back most nights for a visit. While there he enjoys some cuddles and plays with Spokie and Zarah. And he’s now not the only aardvark at the orphanage. Erika took in another abandoned baby and named her «Gertie.» And apparently, just like E.T., she also thinks she’s a dog! 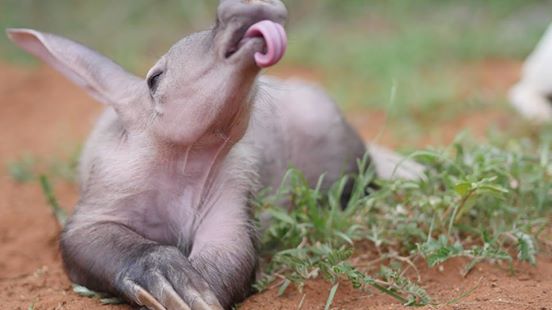 When you look at their cute little faces, these very unique creatures look so adorable that you would think that anyone would want to adopt one. But the reality is, these are wild animals that need very special care and as much fun as it looks, raising them is a lot of work. People like Erika who actually make the effort and dedicate their lives to helping all living creatures deserve a ton of respect and admiration. And hopefully their good deeds will serve as an example to others, too!