We’ve said it many times, but it’s worth repeating: Wild animals don’t belong in the circus.

Bengal tiger Aasha is yet another example of an animal abused by the circus. Fortunately, her story has a happy ending, thanks to an animal organization that gave her exactly what she needed.

Read her remarkable story below.

Aasha was rescued from a traveling circus back in 2011. She was nine months old at the time and had lived her entire life in a cage with a particularly vicious tiger.

Her fur was falling off and her skin was badly infected. Her painful childhood stunted her growth and left her smaller than she should be: she only weighed as much as a three-month-old. 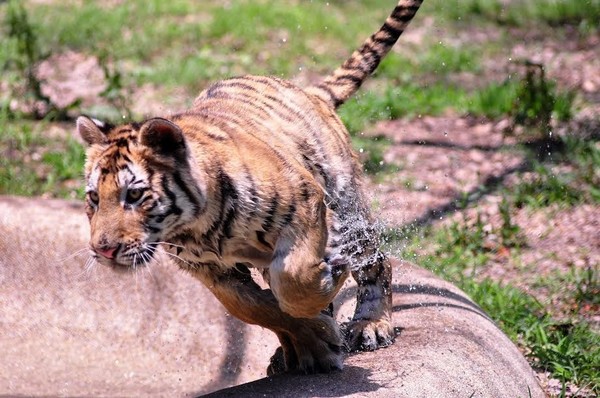 Aasha was handed over to In-Sync Exotics, an organization that cares for and rehabilitates wild cats that have suffered in captivity.

“Every day, twice a day, I would go in and give Aasha medications and spend time with her,” Vicky Keahey of In-Sync Exotics told The Dodo.

Every day, Vicky had to give Aasha a special medical bath. To do this, Vicky had to chase her around her cage and force her into the bath, as Aasha wasn’t fond her her bathtime.

After eight weeks of treatment, Aasha’s fur started growing back. And slowly but surely, she also began to appreciate her daily baths. Even when Aasha’s treatments were over and she no longer needed more baths, Vicky continued to run baths for her so the tiger could play in the water and have a good time. 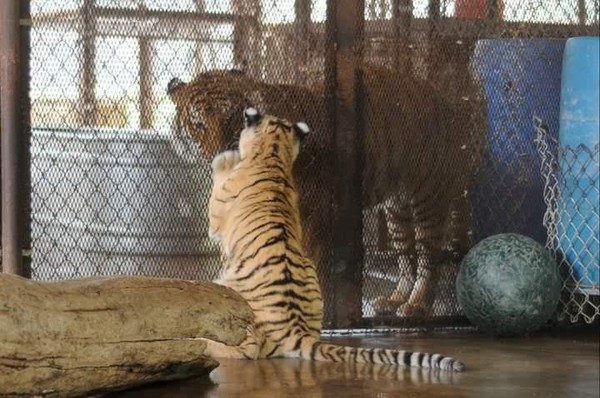 With time, Aasha grew and became much healthier. After a while, she became too big for Vicky to sit with her in her cage, so she continued to play with Aasha through the cage instead.

After eight months, Aasha had recovered and it was time to see how she would react to other tigers.

Aasha’s caretakers decided to present her to Smuggler, a male who was craving company. They placed their cages next to each other so they could get close, and Smuggler instantly fell in love. 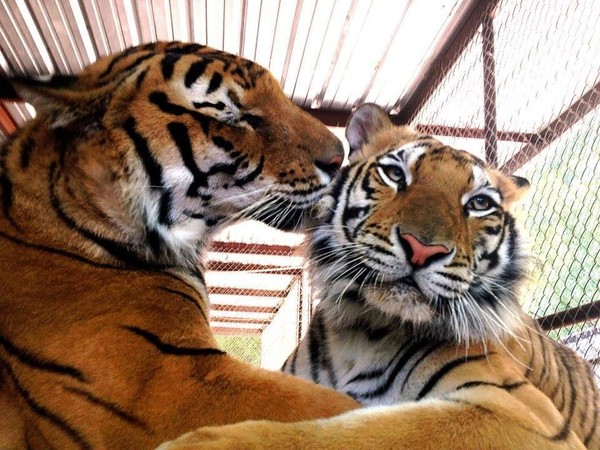 Although Smuggler was three times bigger than Aasha, the staff could see that the two tigers got along well, so they put them together for supervised visits. Aasha couldn’t have been happier.

After a few supervised encounters, the two tigers were ready to move in together permanently.

It’s now been five years since Aasha and Smuggler became a couple, and they’re still inseparable. Aasha is now a healthy and playful adult tiger. And she loves to swim! 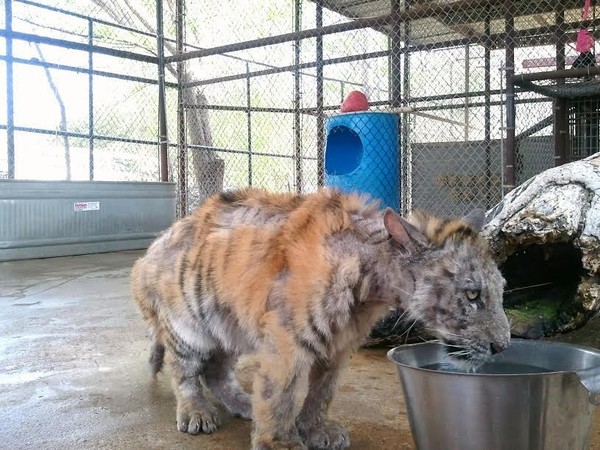 Aasha will never be placed in the wild because growing up in captivity meant she didn’t develop all the skills she would need to survive. But she has a good life. And she’ll never again be treated like she was at the circus!

Wild animals don’t belong in the circus. Please Liked Video to spread awareness if you agree.