Last summer I photographed mice and rats. Well, nothing special, are you thinking? Let me add a detail which made this session unique: for them, it was the first time ever outside a cage, open air.

Every year in Italy, hundreds of thousands of animals die in laboratories. Some are used for lethal tests, but most could be saved: many are used for experiments from which they could easily recover and restart normal life, others are not actually used in test, but are kept in laboratories as a surplus of safety or control, and once the experiment has ended they become “a useless expense” for labs .

Italian law allows experimental laboratories not to kill healthy and ‘salvable’ animals, but to release them to individuals or charity, like La Collina dei Conigli. Retirements are agreed by the association directly with trial laboratories through delicate negotiations, which often entail shortages of many animals at a time.

La Collina dei Conigli has specialized in the recovery of rabbits and critters, dealing with them from the lab’s exit to (hopefully) a new life in a family.

I have been supporting this charity for years now with my pictures as a volunteer photographer (I am also a proud member of HeArts Speak network, a nonprofit organization that’s uniting art and advocacy to increase the visibility of shelter animals – “Creating a world where no shelter animal goes unseen” is their motto).

In the last years, I took inspiration from Alice in Wonderland, The Little Prince, Fairytales… this time, I decided to picture the best story ever, because, even if there’s so much wrong around, sometimes, reality can become better than fiction.

So no special effects, but something better: the surprise when these little critters feel the sun on their fur for the first time, their curiosity for a brand new world to discover, how deeply they enjoy their first moments of freedom, led and protected by volunteers, who are always by their side on the long path to recovery…

Shy ones, little warriors, curious explorers, cuddle-lovers: everyone acted in a different way when taken outdoors, and they showed once again that they are not mere numbers, as they are considered in labs, but individuals with peculiar attitudes and personalities.

That very hot day in August was their first time outside the cages, and I feel grateful to have witnessed such a great moment of rebirth! 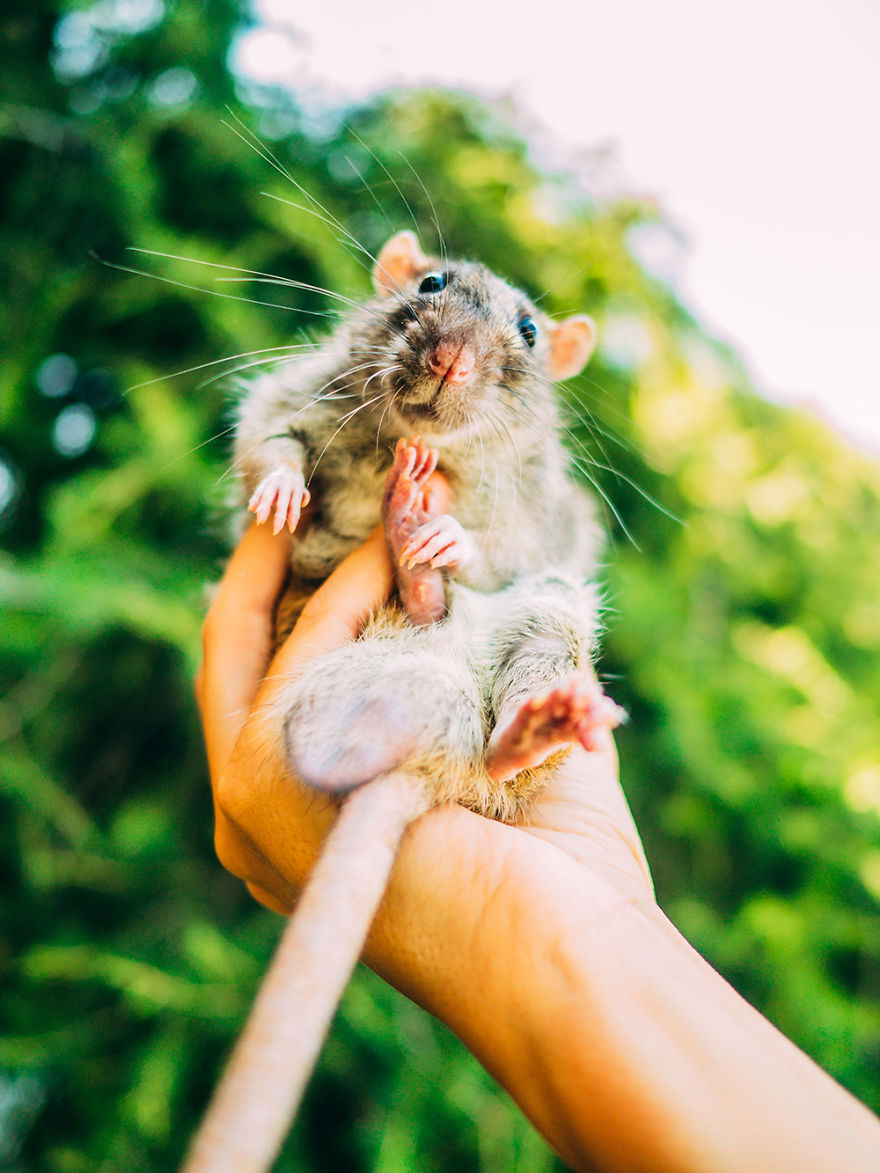 So… is this above the famous “sky”? 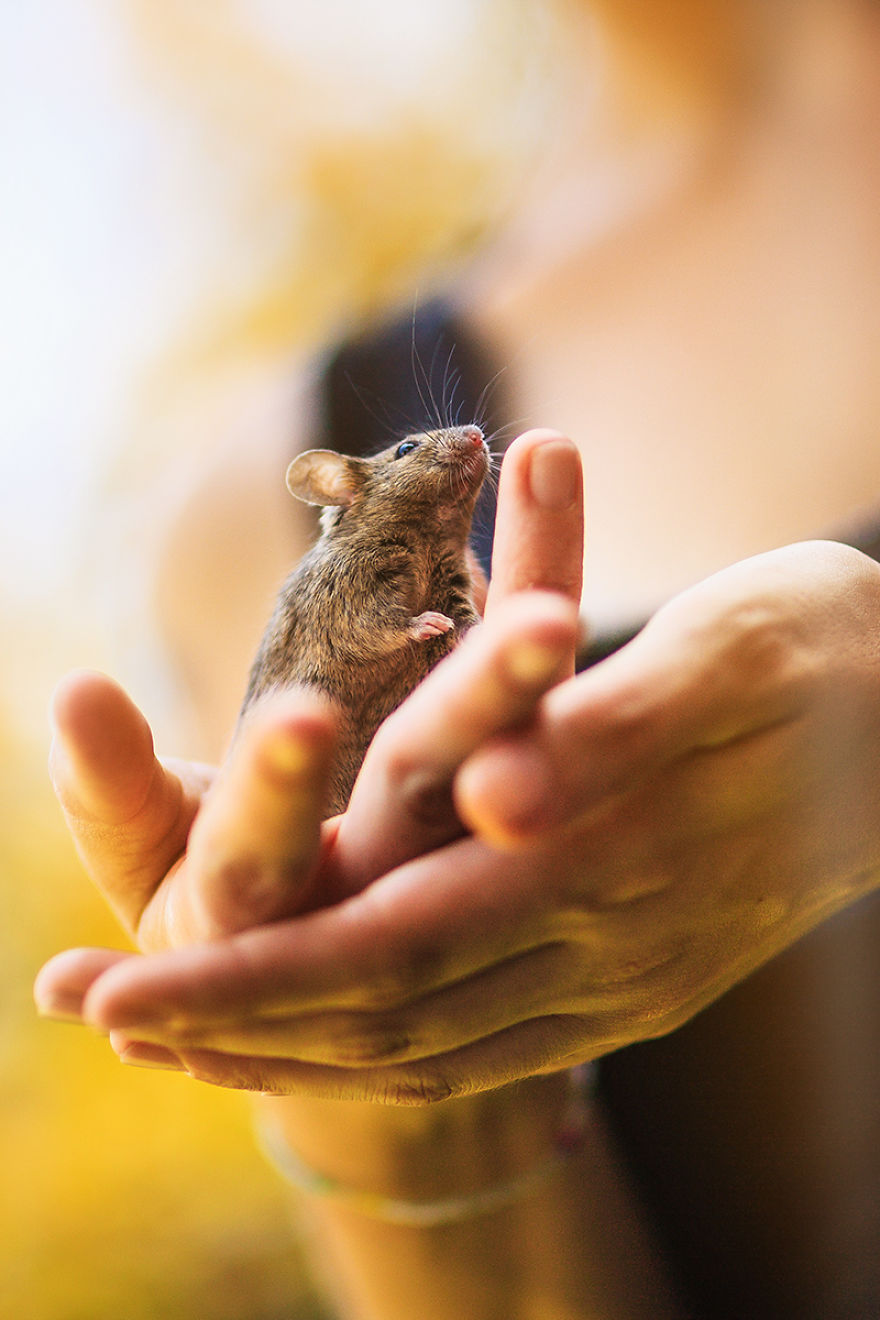 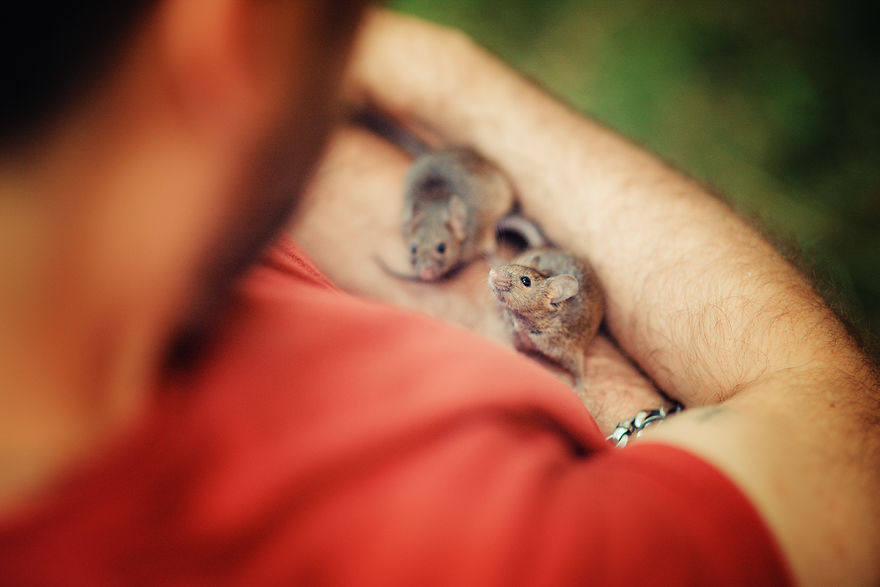 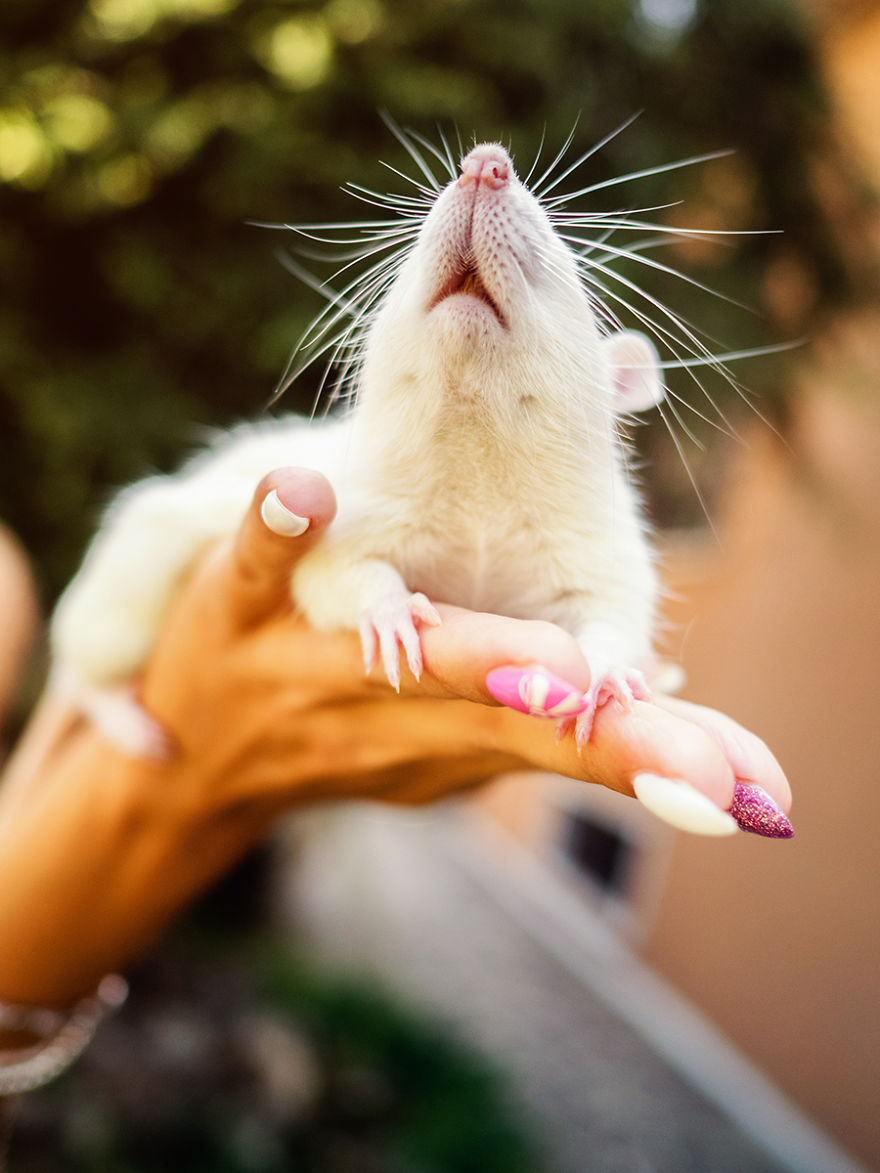 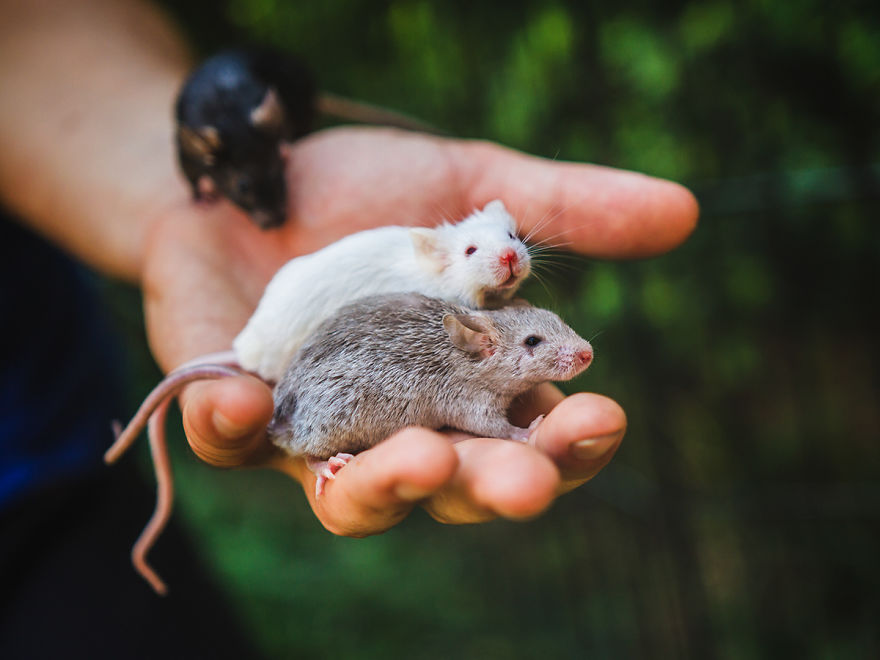 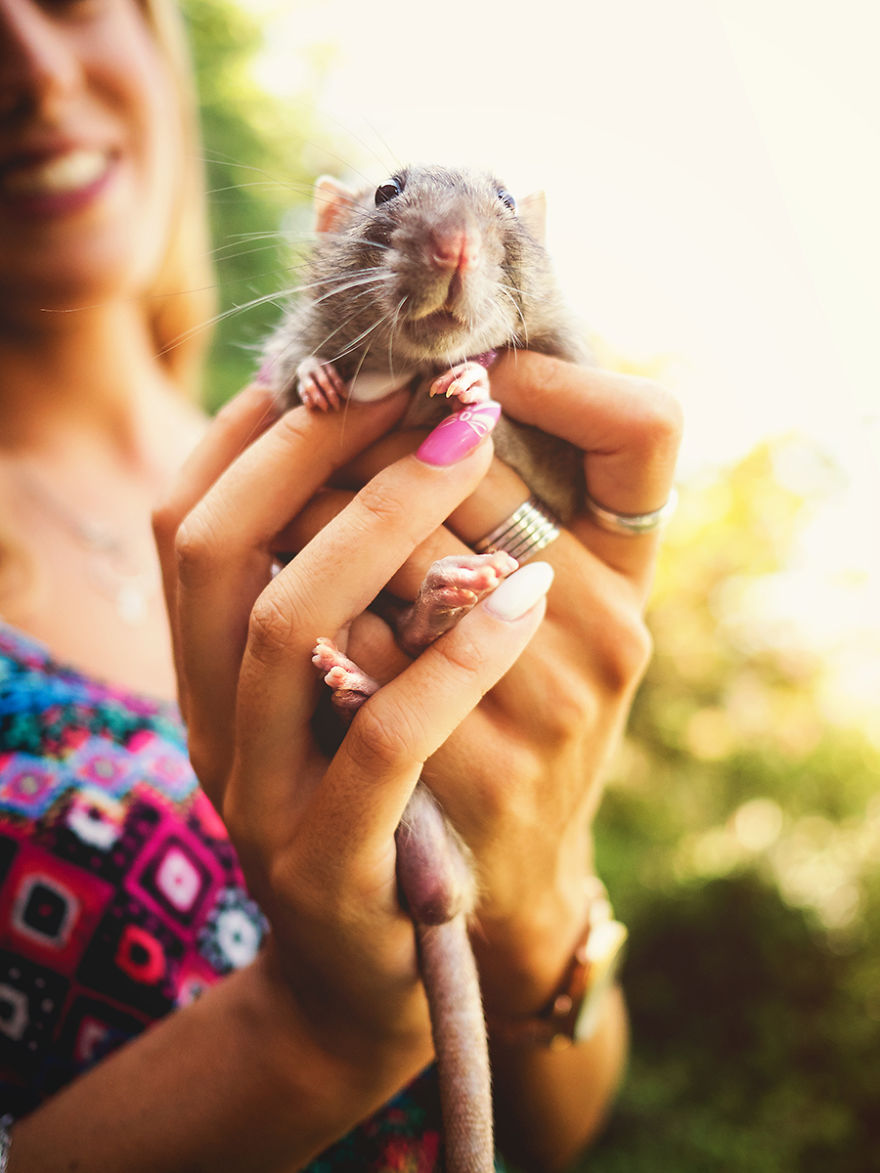 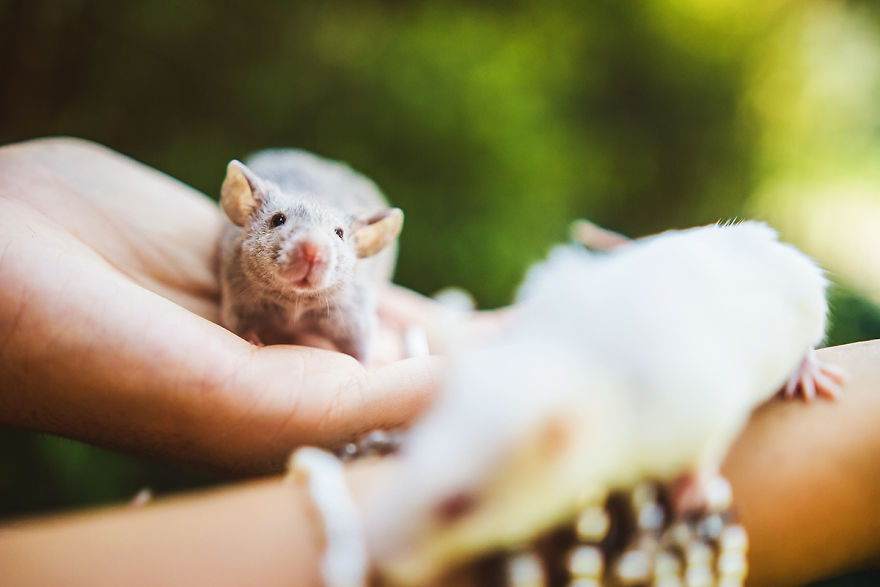 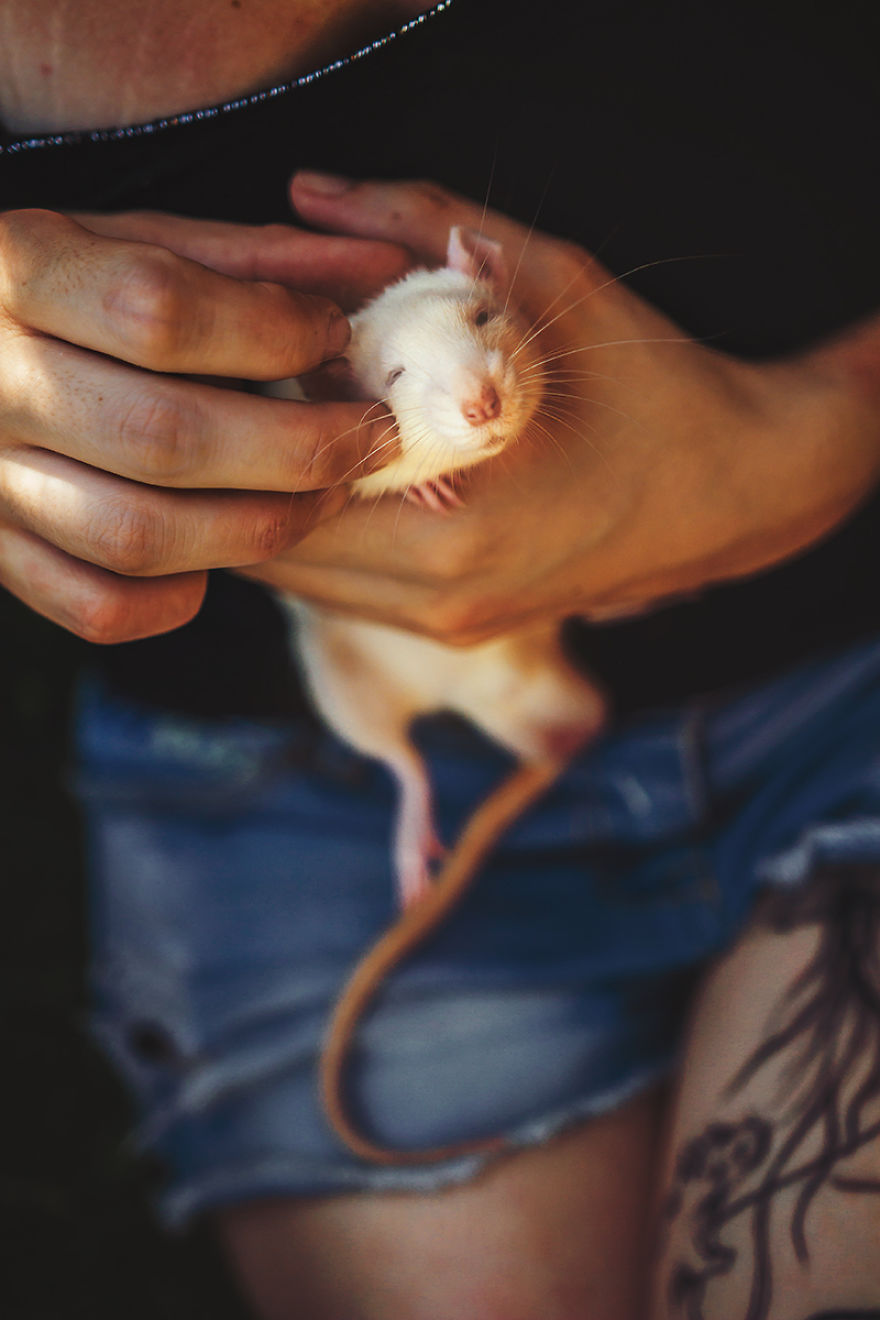 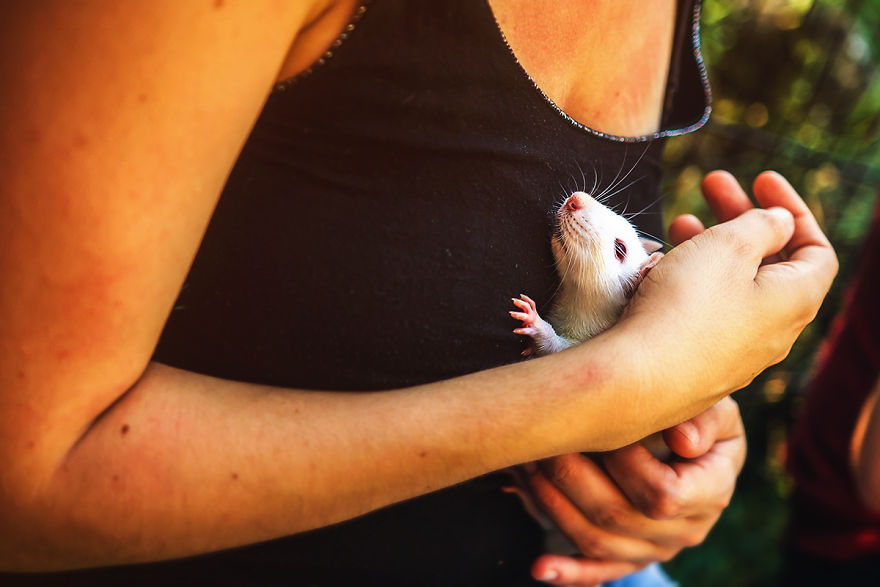 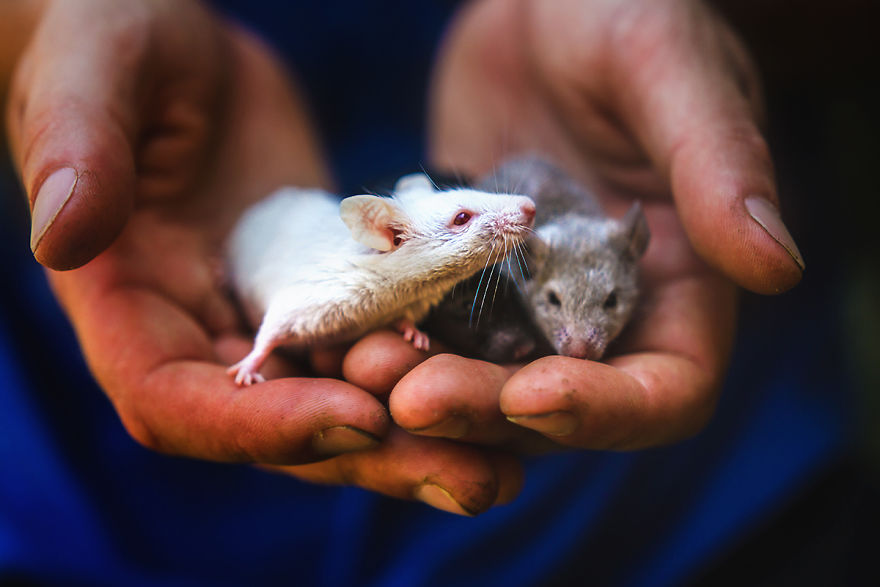 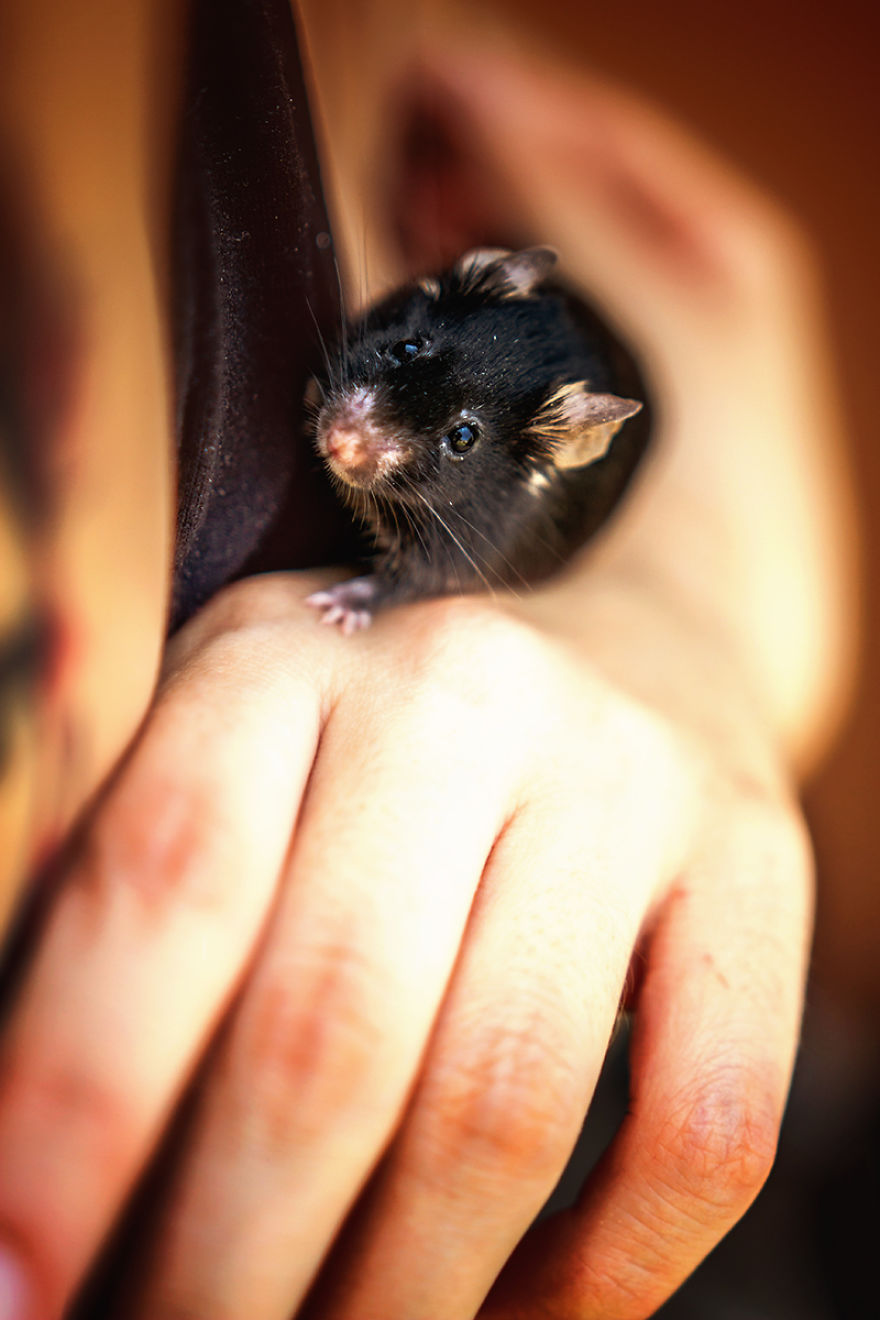 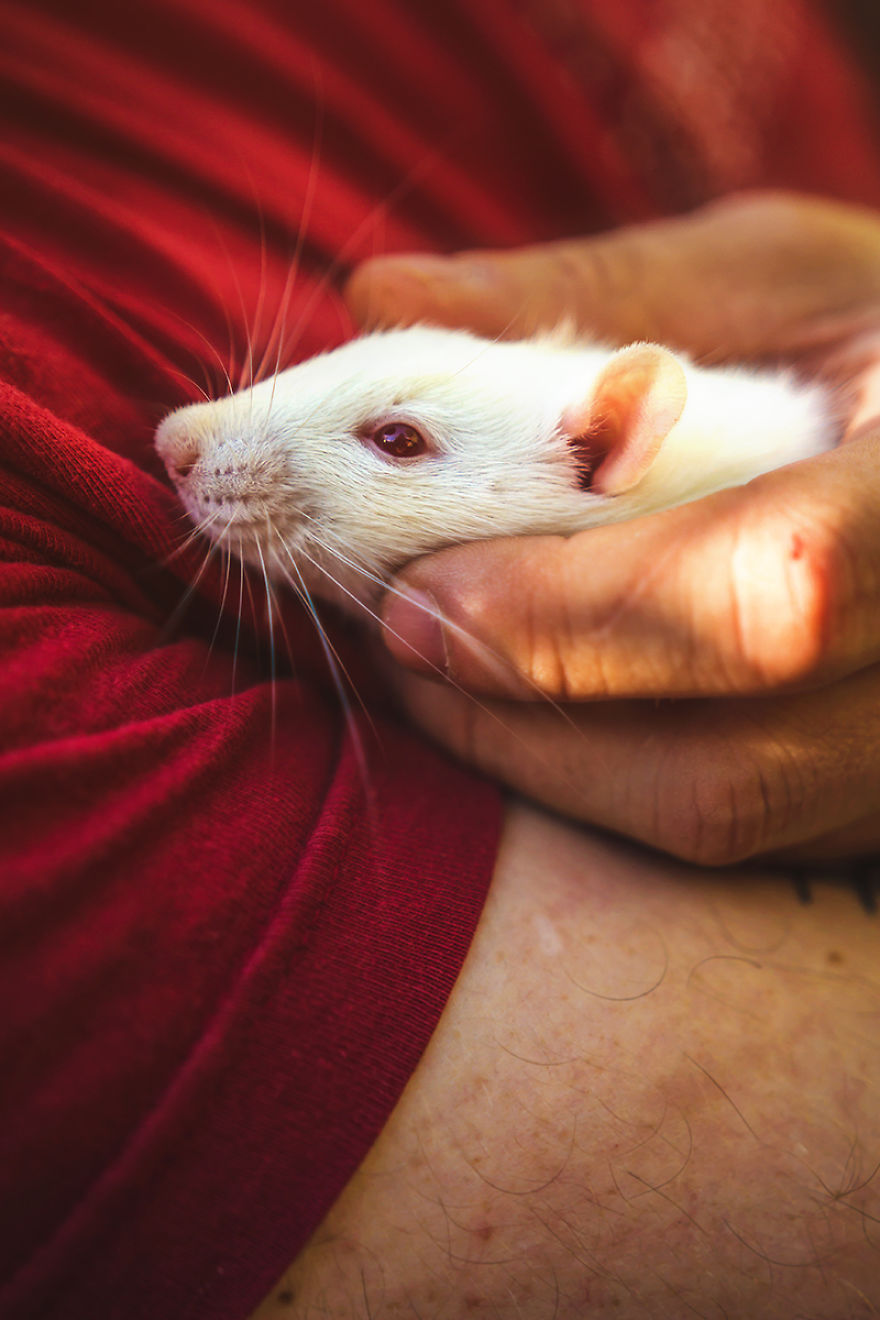 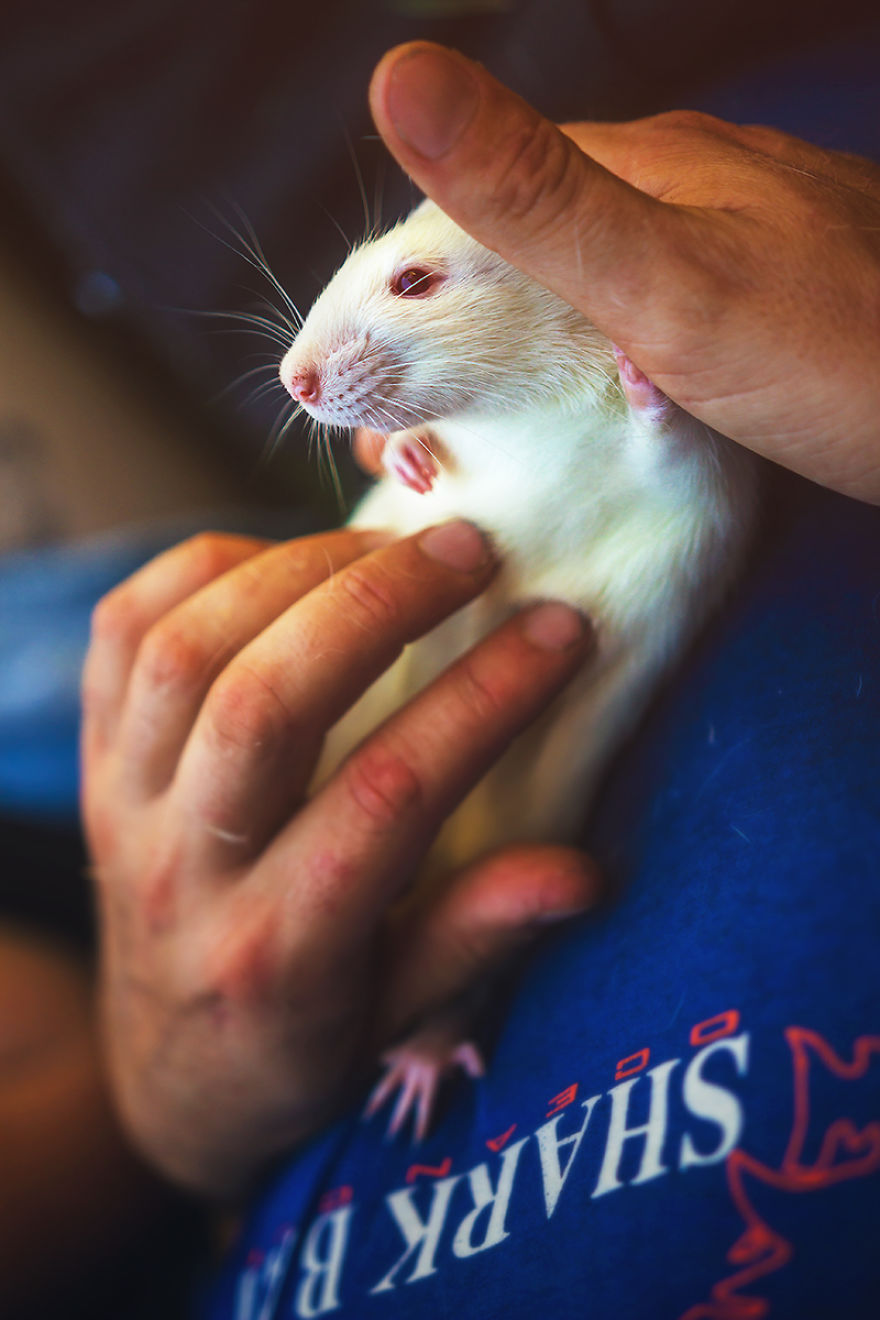 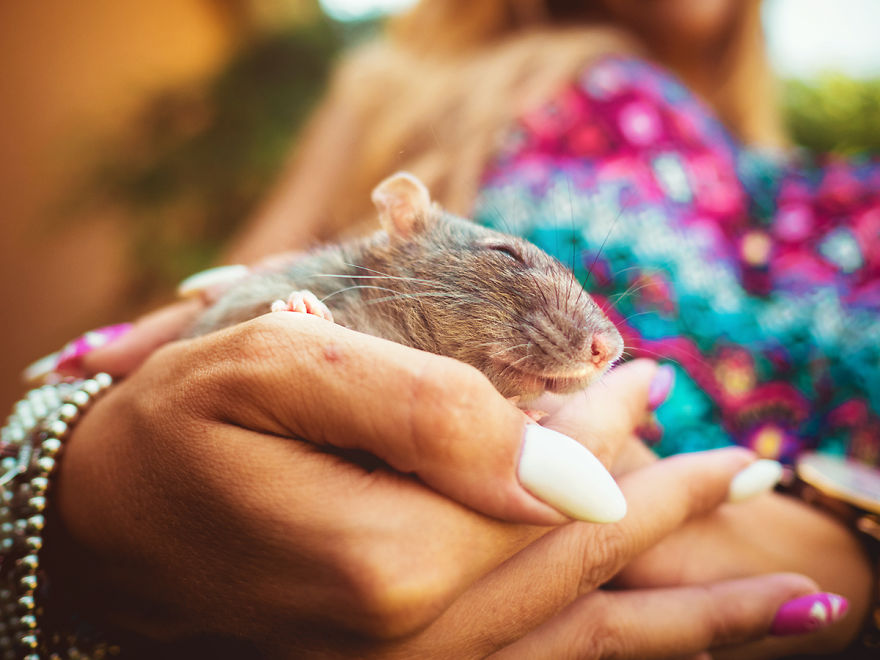 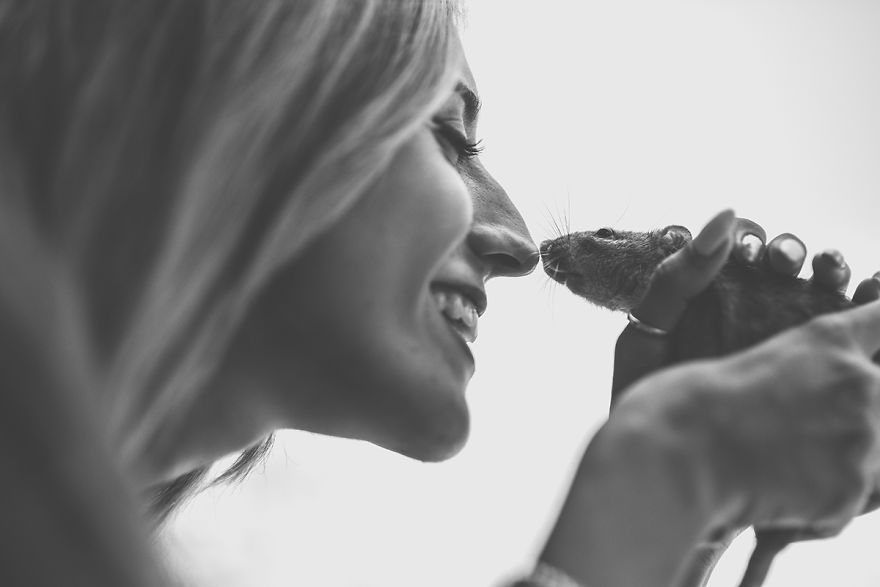 Tell me the story of how you rescued me, again… 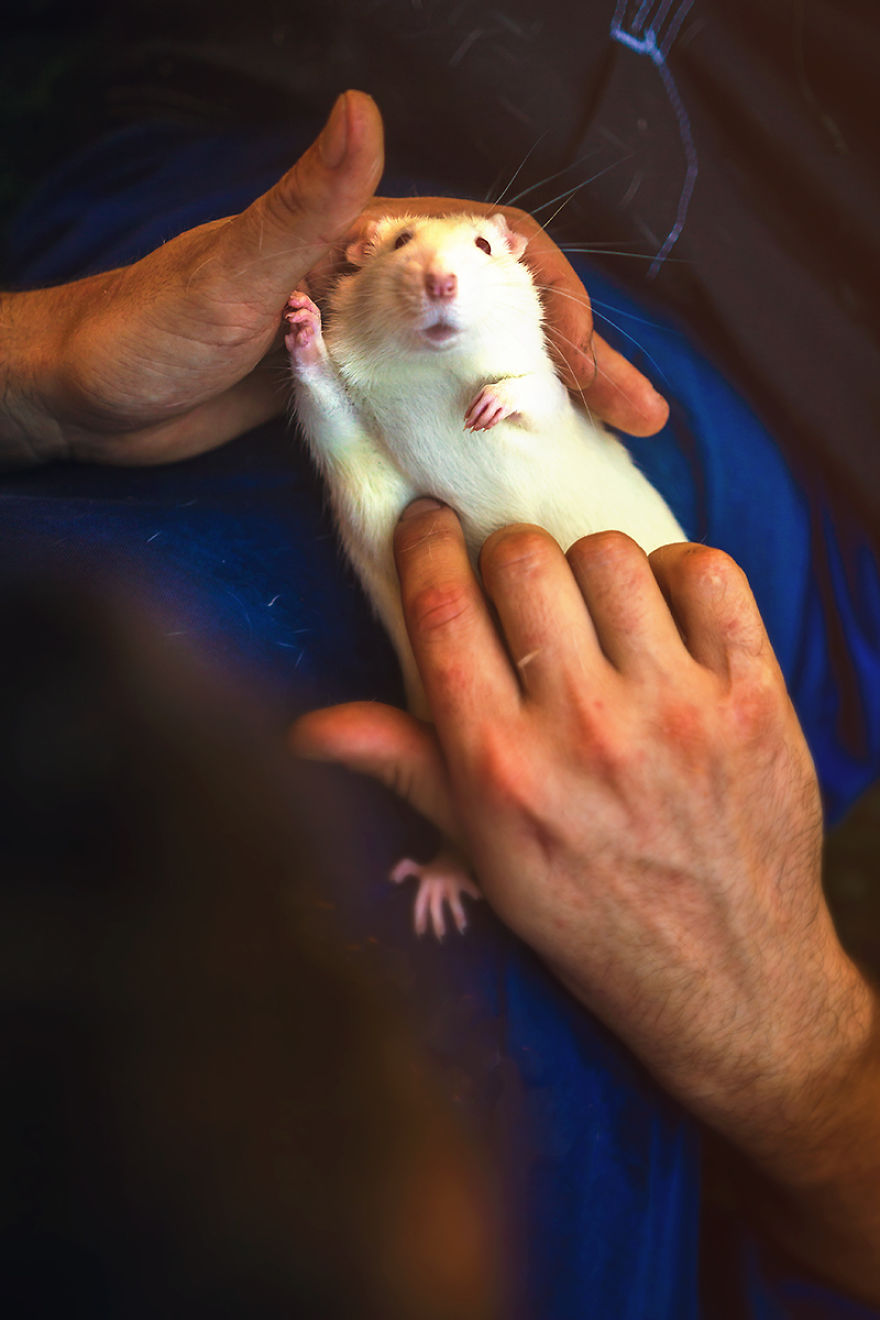 So many things to see 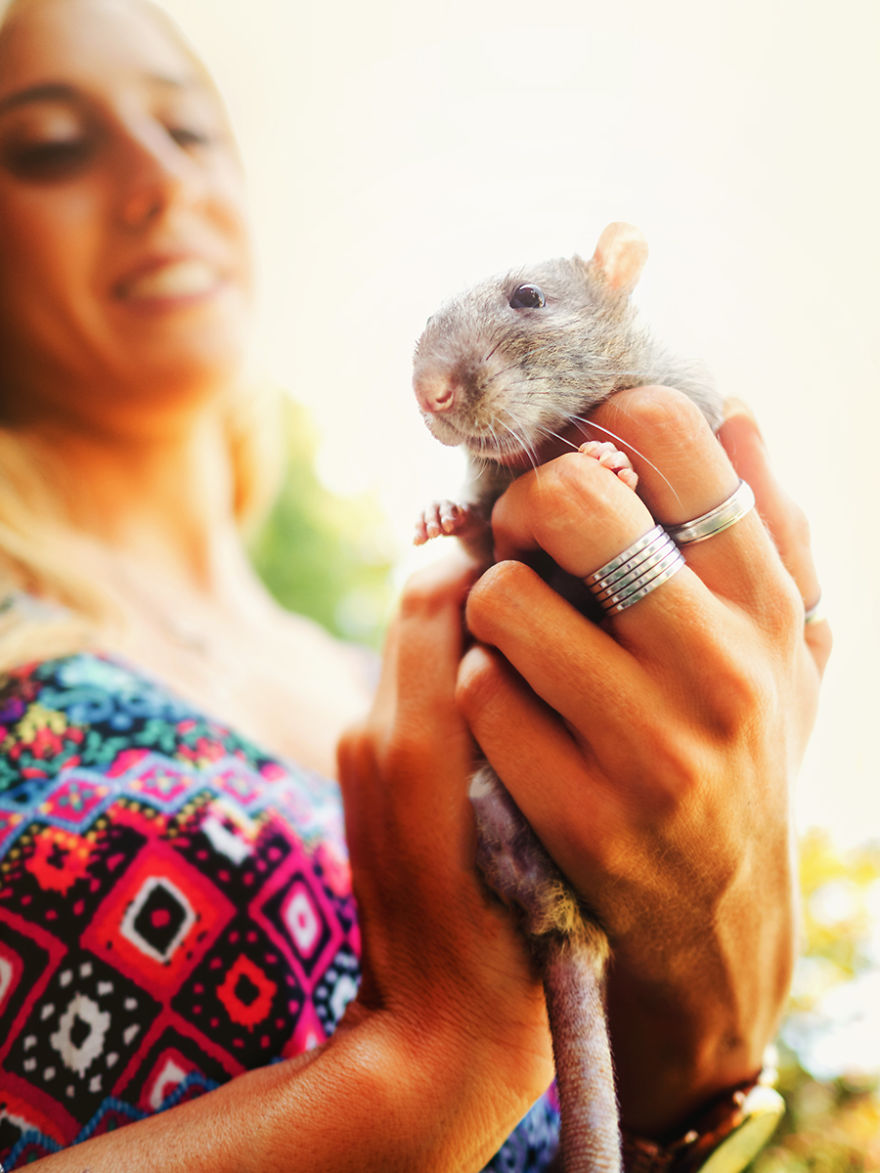