The Earth has made giant geological shifts throughout the lifespan of our planet, but what we sometimes fail to realize is that even during human history, major changes in weather, environment, climate, and more have changed before our eyes.
We’ve found some differences between the same places and you won’t believe how different some of these places look!

This the Pedersen Glacier in Alaska. The left depicts the location during the summer, 1917, while the new photo showcases the summer, 2005. Notice the massive changes in snow level during the same time period.

The Aral Sea in Central Asia has vastly dried up in comparison to its August 2000 version. 2014 was a dry year, and this birds-eye image showcases just how small the sea has become. 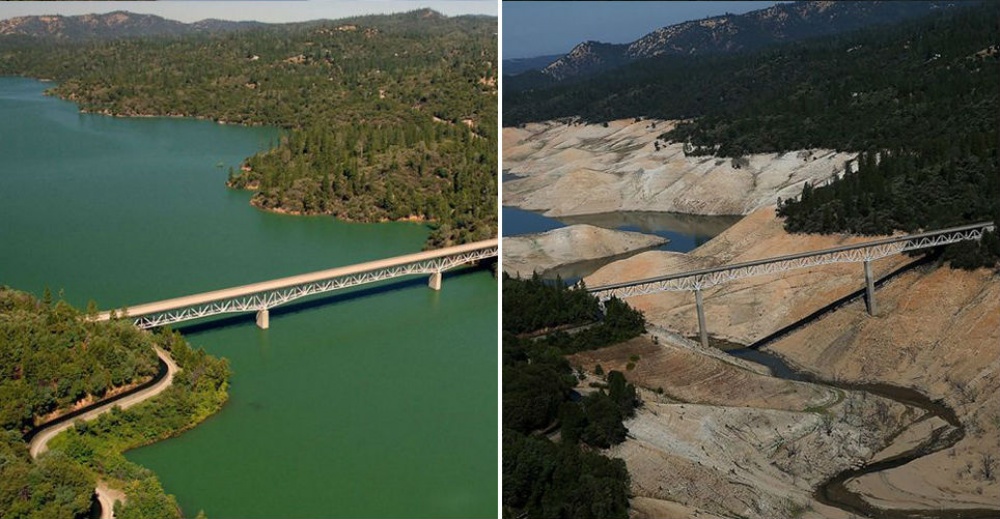 Until very recently, most of California was suffering from a serious drought, and Lake Oroville, California was hit hard by the lack of water. Check out the difference from July 2010 to August 2016.

This one is a little hard to notice at first glance, but after careful inspection, the geography has changed quite significantly. Carroll Glacier, Alaska. August 1906 — September 2003. 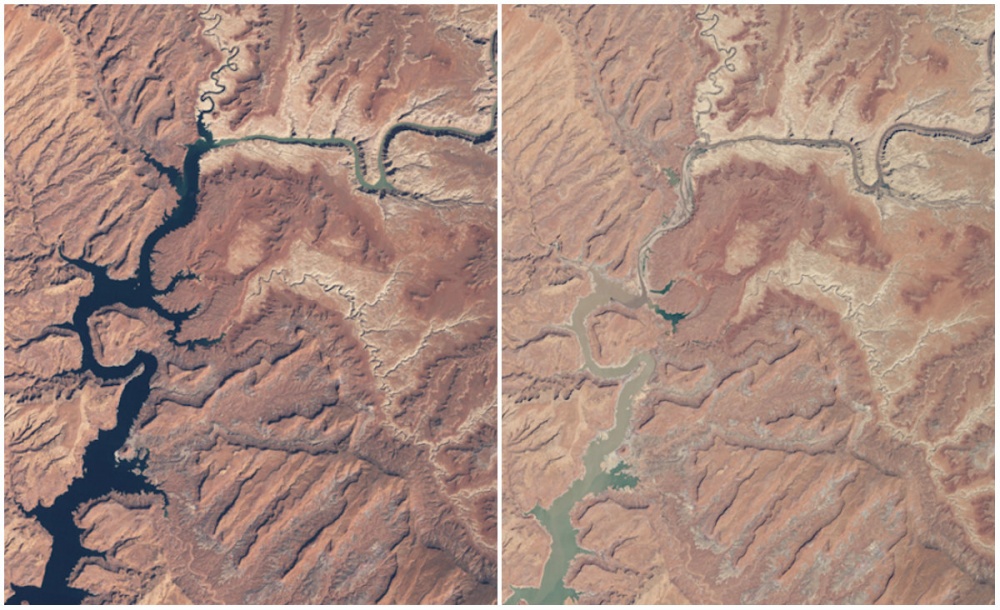 Deforestation has taken a lot of forests in South America, and the forests of Brazil look drastically different than they did in the past. Look at the shocking difference. Forests in Rondonia, Brazil. June 1975 — August 2009.

The ice has melted and the glacier is virtually nonexistent. McCarty Glacier, Alaska. July 1909 — August 2004. 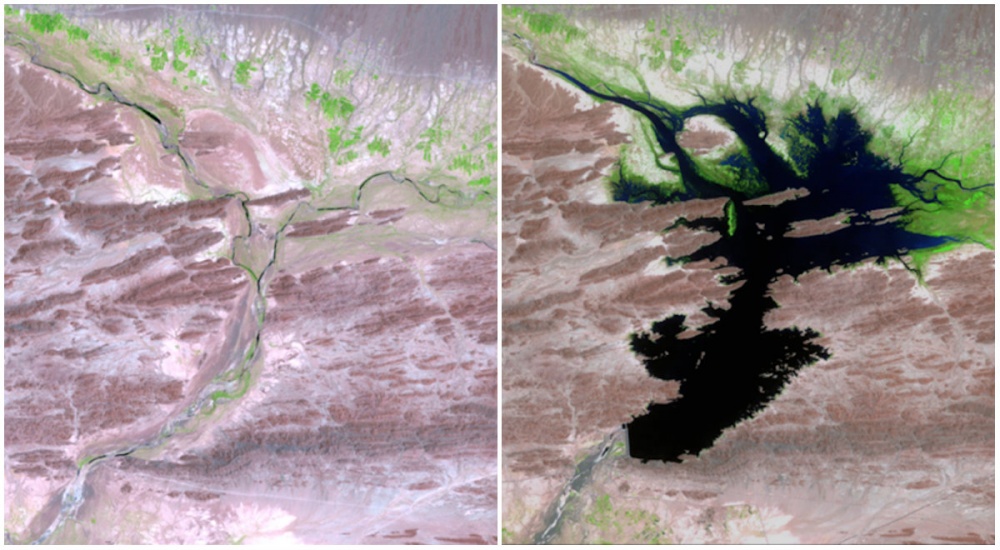 The Dasht River, Pakistan, August 1999 — June 2011. A positive, the dam crafted there now provides clean water to the people within the area.

The snow is a little lacking on the mountaintop. Matterhorn Mountain in the Alps, on the border between Switzerland and Italy. August 1960 — August 2005.

Great Man-Made River, Libya, April 1987 — April 2010. The man-made river is known as one of the great engineering projects of the world. Through a serious of pipes, aqueducts, and wells, the water system provides the desert with water.

The stunning glacier is no less majestic, but the difference is truly staggering. Qori Kalis Glacier, Peru. July 1978 — July 2011. 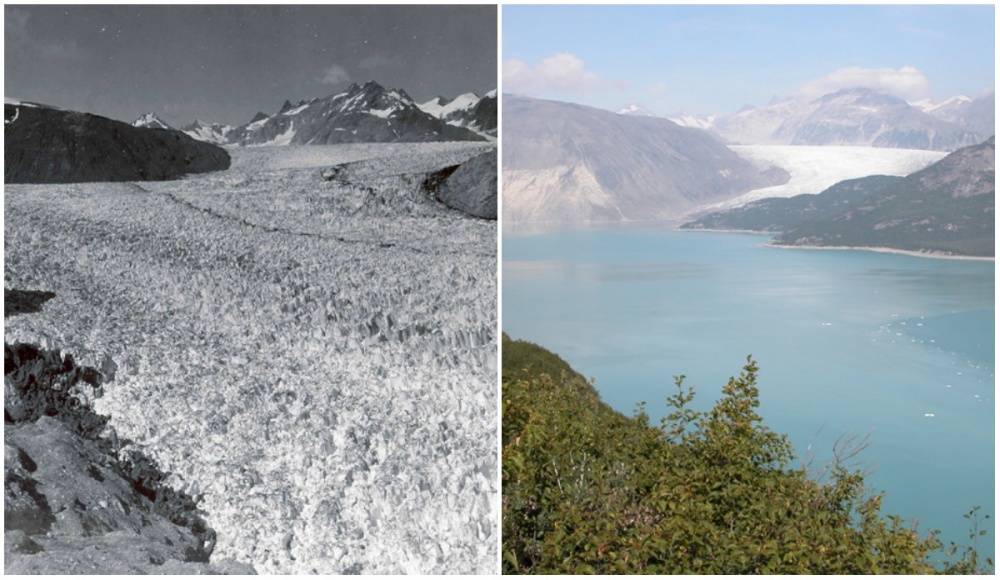 Alaska has become vastly warmer than in previous years, and nothing showcases this more than Muir Glacier. The difference makes these photos look like two different locations. Muir Glacier, Alaska. August 1941 — August 2004. 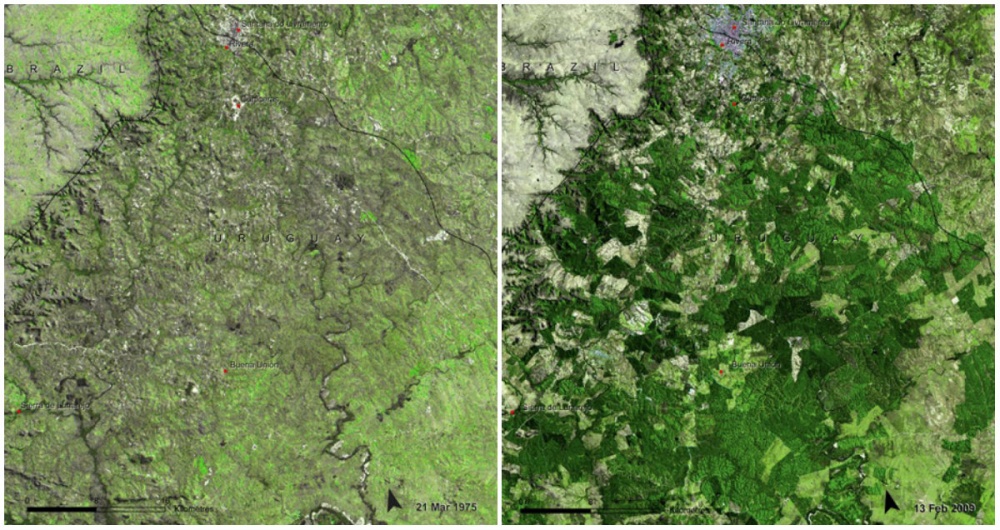 Uruguay has actually grown its forest areas. While this sounds positive, this has actually affected plant and animal diversity. Uruguay Forests, March 1975 — February 2009.