California wasn’t nicknamed ‘The Golden State’ for no reason, as it turns out the state has had its severe issues with drought over the past few years. There truly was too much sunshine, which caused plenty of lakes and water reservoirs to dry up to dangerously low water capacities.

Luckily, the Golden State currently doesn’t have any drought issues anymore. During the last winter, there was plenty of precipitation which allowed lakes to be refilled again – even up to the maximum capacity. There was a particularly large amount of rain and snow coming in from the steps of the Sierra Nevada mountains as well as the northern California area. 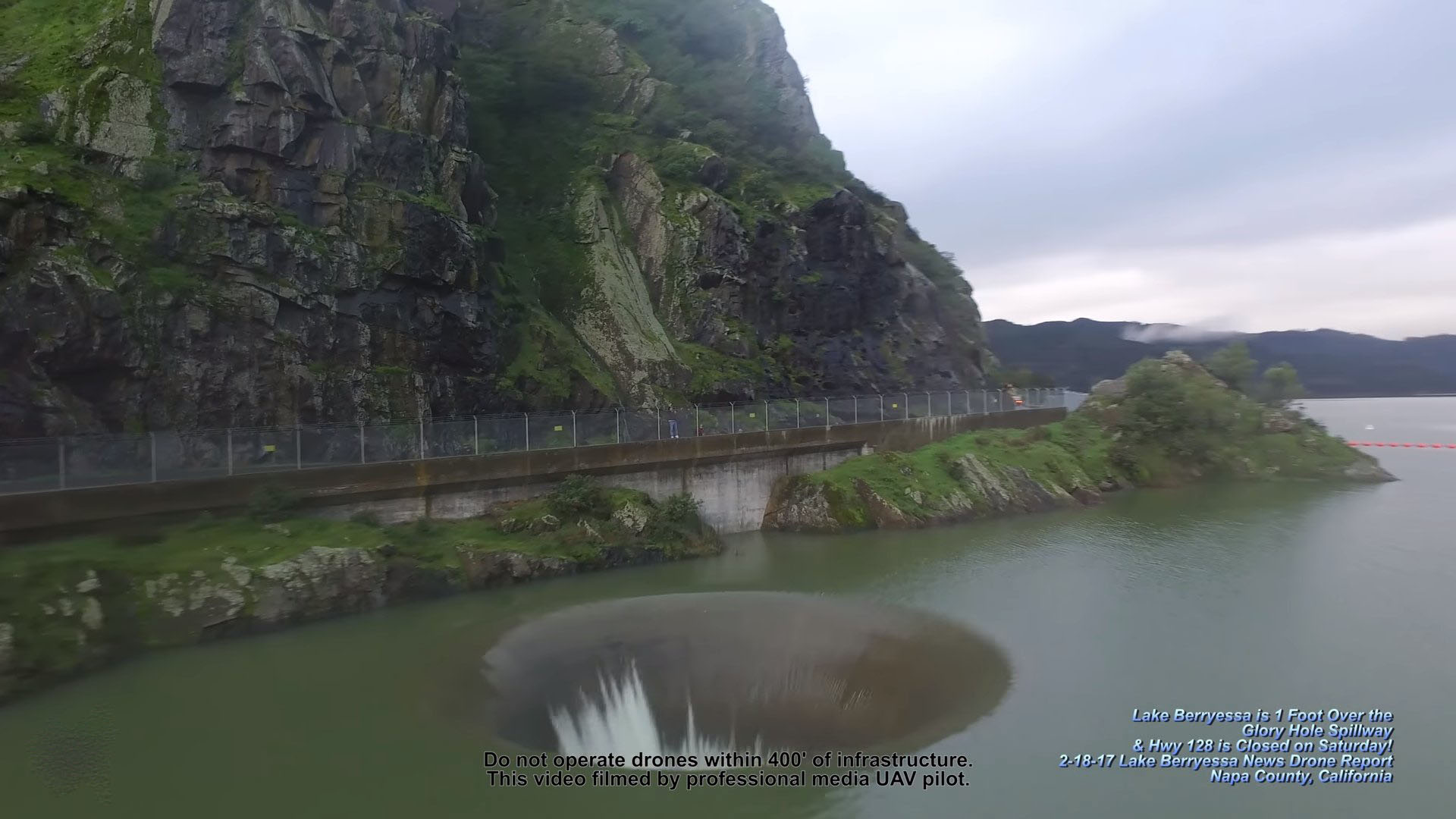 Before the rainy winter, Napa County was one of the worst affected areas of the five-year long drought. Napa County is a popular tourist destination in the Golden State. This valley is known for the world class wine that it produces. Lake Berryessa, a particularly large man-made lake, was starting to dry up and officials started to get worried.

Because Lake Berryessa was man-made, engineers built-in a huge hole which had been nicknamed the “Glory Hole” and served as a spillway whenever the lake reached full capacity. The lake was being confined by an impressive 304-foot dam.

Unfortunately, the large spillway didn’t get used that often because there simply wasn’t enough water to drain. With this past winter, however, the lake started to get full – and that alone is an impressive view.

The drainage hole hasn’t been seen in action for over a decade, but thanks to the record breaking rainfall levels in the local area, it could finally be seen in action once again.

And it all happened fairly quickly – the rain amassed in the lake actually built up in just a couple of days.

The hole itself is about 72 feet wide but gets shorter as it makes its way down and on the other side of the dam, measuring at about 28 feet. The water that is being drained from Lake Berryessa makes its way directly into Putah Creek. 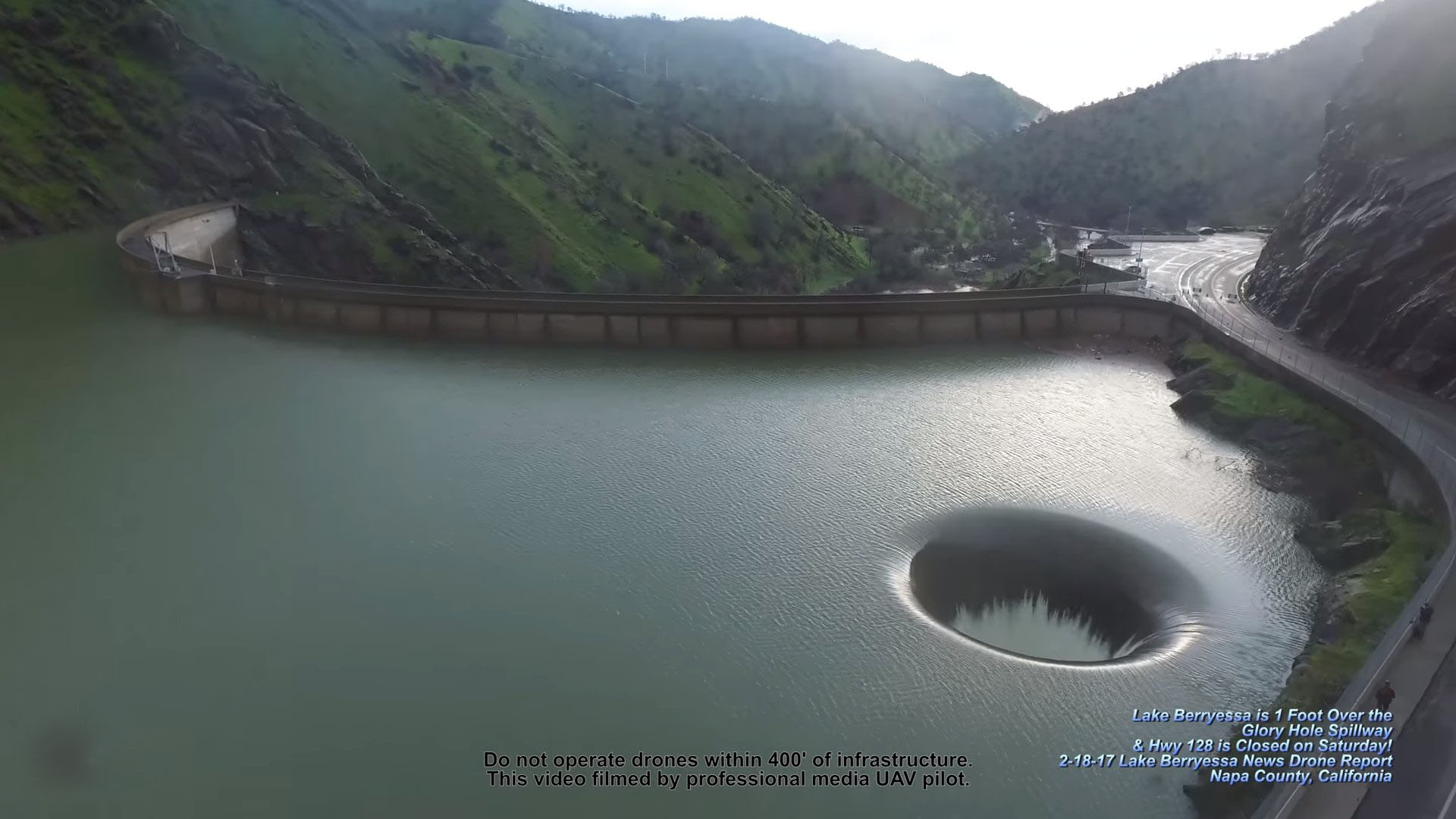 One man, Evan K, was looking at the draining hole in action and decided to take a closer look himself. Because it’s not exactly recommended to jump in the lake and see the hole in action from a close distance, he grabbed a drone and captured some impressive footage from up the air.

The man is a professional pilot of UAV’s and mentions that it’s not allowed to operate drones with a certain distance of the infrastructure, but it’s an incredibly cool sight to behold nonetheless.

It’s amazing how something so simple as moving water can be so breathtaking!

Please Liked Video  this with your friends and family.