Although not everybody loves animals, luckily there are a lot of animal lovers who do everything possible to help animals who are in trouble.

When Gwen Maxwell, an 85-year-old pensioner, was out early in the morning, she saw a puppy covered with cacti.

The puppy was extremely stressed by the situation, was in trouble and could not get free.

Gwen realized that she had to do something.

The puppy ran around and tried to get loose, but the cacti just got more stuck. 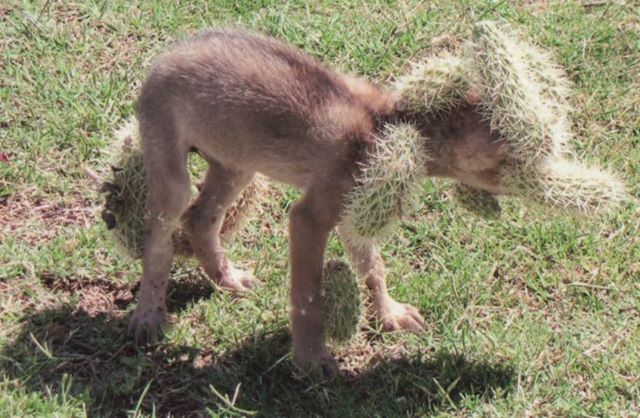 But when Gwen came a little closer she saw that it wasn’t the kind of puppy she first thought. It was a coyote pup covered with seven large cactus balls.

Everywhere the sharp thorns poked into the little one’s furry coat. Gwen ran as fast as she could to a neighbor and asked for help. That’s when she noticed that the coyote mom was there too and watched her pup carefully. 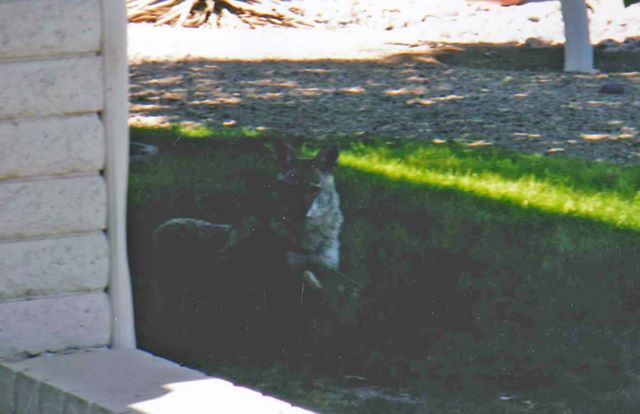 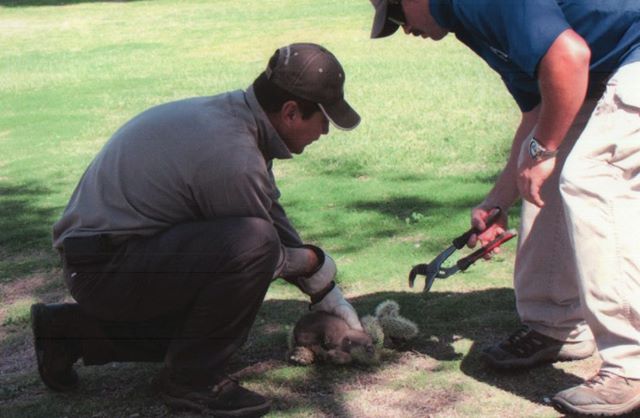 They carefully removed the cactus balls from the pup’s fur using a pair of pliers.

The cactus balls likely weighed as much as the pup itself, said Recreation Centers of Sun City West in a Facebook post. 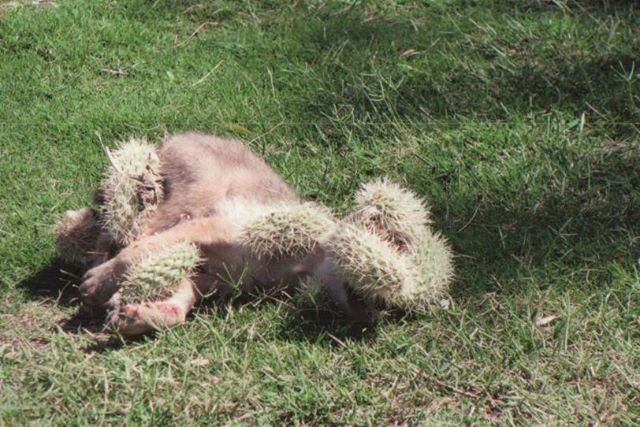 Despite the pain and all the people swarming around, the pup remained incredibly calm, almost like it knew everyone was there to help.

While one of the guys, Jose, held him, the other, Bordine, could carefully pull out all of the sharp thorns. The pup just sat there quietly and did not try to bite or break free. 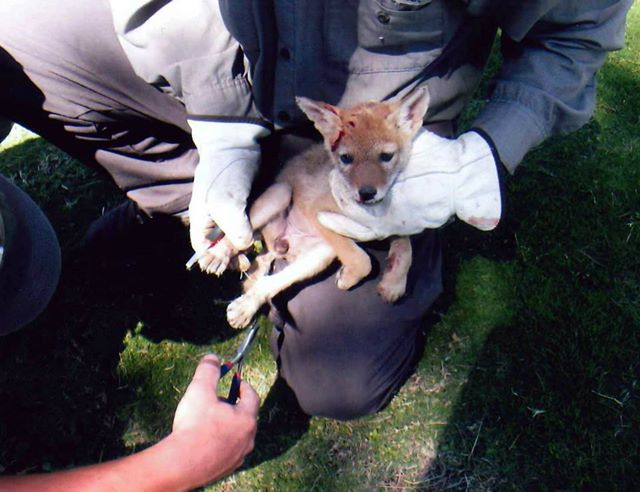 As soon as all the spines were gone, the puppy soon returned to its mother and siblings. Even though he had some little sores here and there he seemed to be doing well.

How lucky that there were so many people there to help the poor coyote pup. Without help he would probably have suffered a painful death. 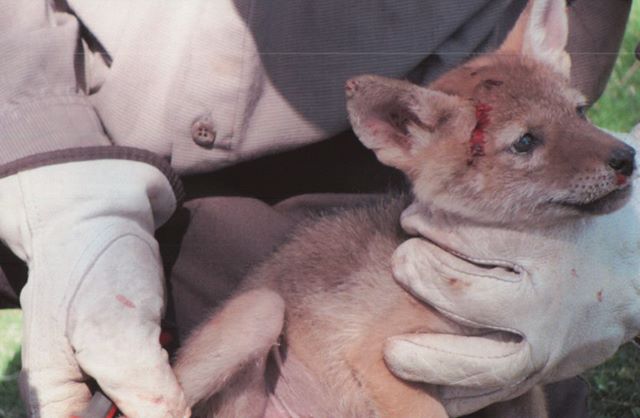 Liked Video to honor all of the animal heroes out there who do everything they can to help an animal in need!