This is 24-year-old Rebecca Weaver, with her fiancé. The two live in Rochester, New York, with their super-cute miniature goldendoodle, Clark. 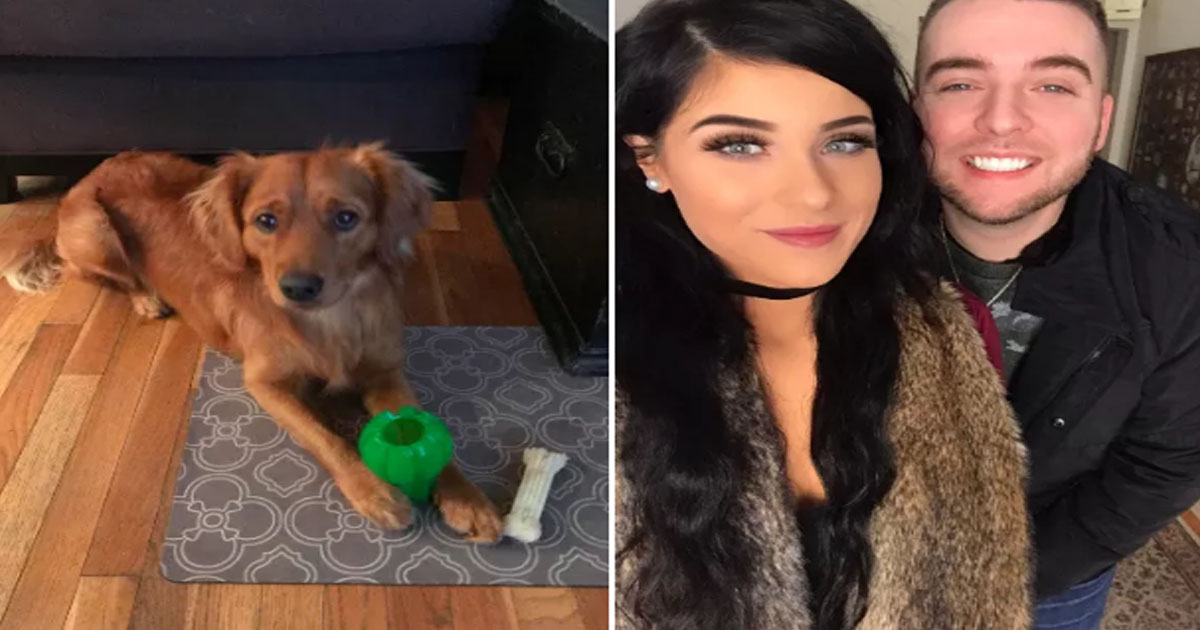 Weaver told BuzzFeed News that Clark is super friendly and a funny dog. 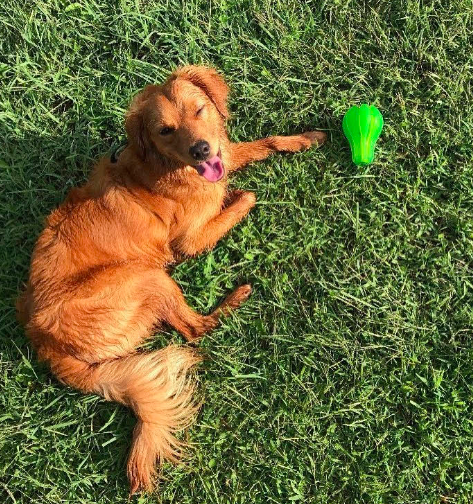 She noticed that when she has a shower, Clark drops his toy into the bath to make her feel loved because he thinks she is sad. It’s important to note that Clark hates baths.
«He’s been giving us his toy since we moved into our new house that has a bathtub in it in July. Where we used to live only had a shower,» Weaver said.

«Of course, when he would first do it we thought he just wanted to play but that clearly wasn’t the case because if you throw it he gets visibly upset and doesn’t chase it, he just wants you to keep it until the shower is over.»

She added that the gesture is sentimental: «It’s his green toy and that’s his favorite one ever. He’s always walking around with it in his mouth.»

Every time I'm in the shower my dog stares at me, worried, and he must assume I'm upset in here (because he hates baths) so he thinks if he drops his toy in that I'll feel better pic.twitter.com/xfIrRpPdtu

«I thought it was crazy that the tweet went viral but I’m so glad it did. Clark makes us so happy and I’m so in awe of the joy he’s brought other people,» she said.

He says he loves you pic.twitter.com/smipQDBjbF

Lots of people online can’t get enough of Clark’s cuteness. 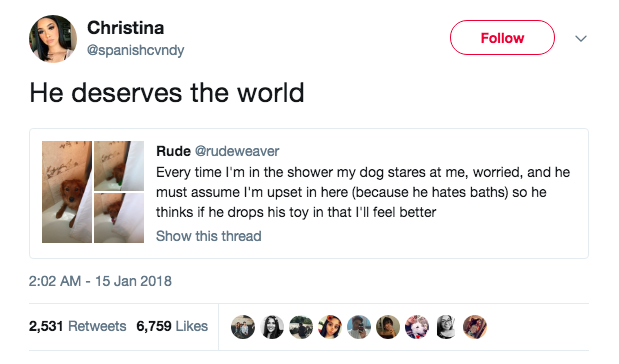 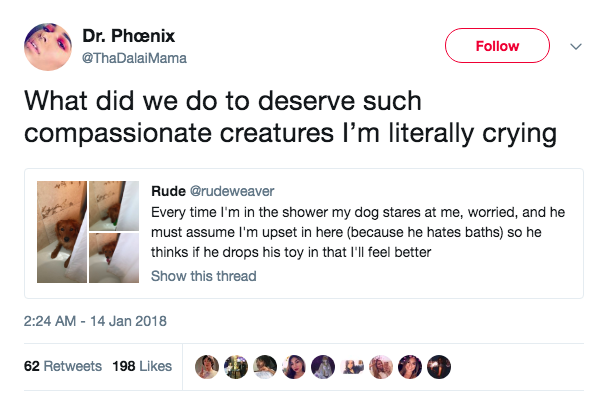 Clark has an Instagram if you want to see more of him!

A lot of people have asked me for more photos of him- he does have a small Instagram if anyone wants to see ☺️ pic.twitter.com/ABvHpRvgQn