If you’re one of those people whose parents are too old or too lazy to understand social media, be grateful. Not everyone is as fortunate as you. Just take a look at Chris Burr Martin‘s daughter, Cassie, and you’ll see how horrifying it can be to have a social media-savvy parent.

Chris is a savage dad who decided to mock his daughter by recreating some of her Instagram selfies — and like all good dads, he puts a lot of effort into his parodies.

Chris’s antics recently went viral, and now he has nearly double the number of Instagram followers as his daughter with 144,000 followers to her 72,000. 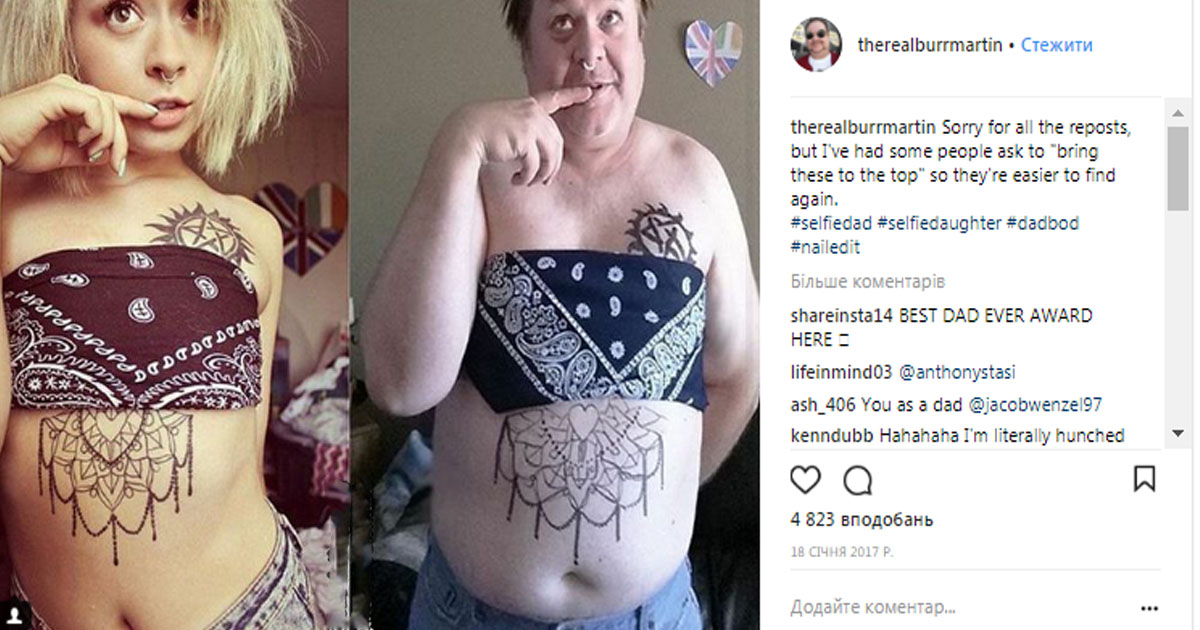 Luckily for Chris, Cassie has been a good sport about the whole thing, as she recently told The Sun:

He wanted to show me what I looked like in his own way, to prove I was showing too much skin or being a little too risque in my photos. I do think a little more about which photos I post now because I know certain photos can never be erased on the internet and certain people will see it.

Chris confirmed his motives, saying “I wanted to let some of the people in her comment section know her dad was watching because some of the comments, especially from boys, were pretty vulgar.”

He added “She’s over 18 so she could do what she wanted to a point but also, fighting with some of the commenters over the internet would have been a crazy thing to do.”

Sorry for all the reposts, but I've had some people ask to "bring these to the top" so they're easier to find again. #selfiedad #selfiedaughter #dadbod #nailedit

Happy Sunday Selfie day! (@cassiethegypsy, do you know how many bathrooms I had look at to find one that matched?!) My first "off site" Selfie. #selfiedad # bathroomselfie #dadbod