This weekend, the live-action version of Beauty and the Beast came out. As someone who believes that you shouldn’t mess with perfection and that humans suck compared to cartoons, I was actually pleasantly surprised at how good it was. But there was one part that was inexcusably absent.

BEAST AND THE BIRDS. 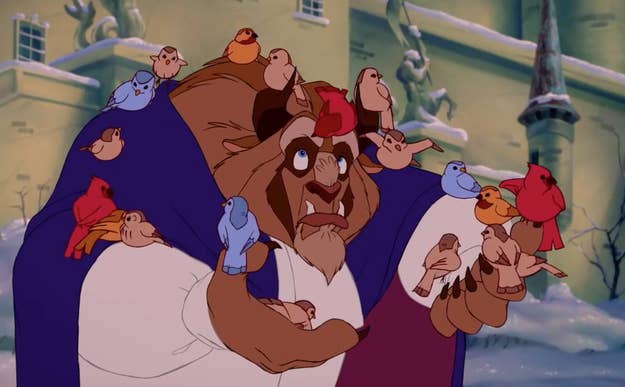 This scene is basically the start of Belle and Beast catching feelings for each other. And it begins because Beast is a dummy who doesn’t know how to feed birds.

He’s too aggressive (duh!), so Belle needs to show him how to do it. 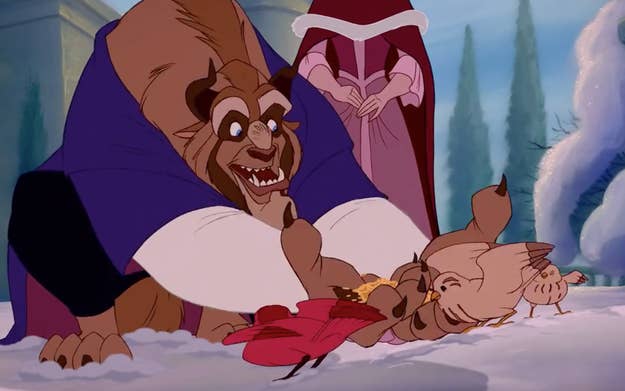 And when he gets his first bird to come to him, HE IS SO GODDAMN HAPPY. LOOK AT HAPPY BEAST. 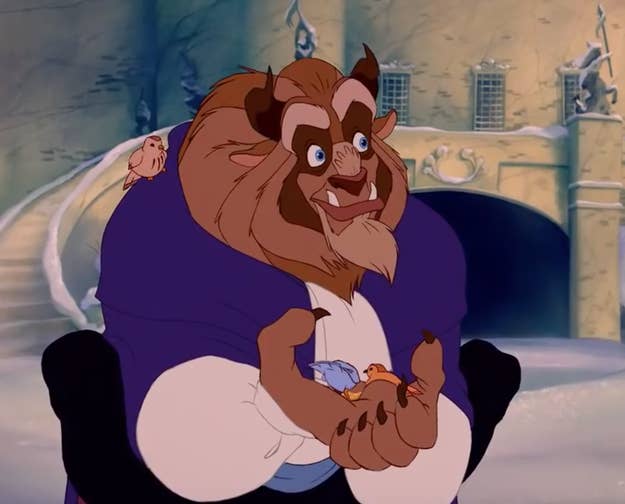 And then, the literal touching of his paw and not shuddering happens in this very moment!! OBVIOUSLY AN IMPORTANT THING.

But then Beast is mad again ’cause he’s a little bitch sometimes.

However, when Belle peeks out from behind the tree, we see Beast with a shit ton of birds!! 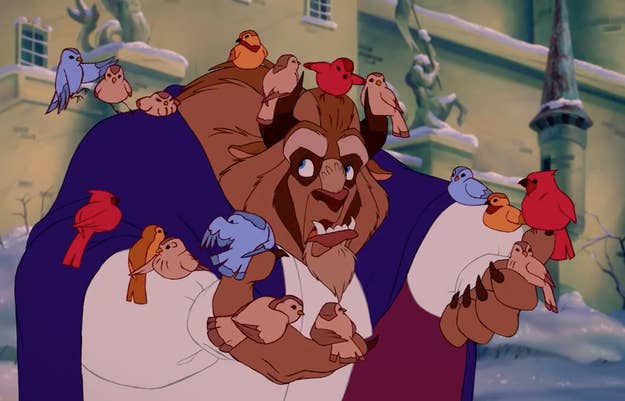 And he looks like a big doofus with all the birds and it’s adorable because he’s just a big lovable idiot!!!

And it’s probably the best moment of the whole movie which is why I am ANGRY AS HECK that it wasn’t in the new version!!

The birds that were cute AF!! 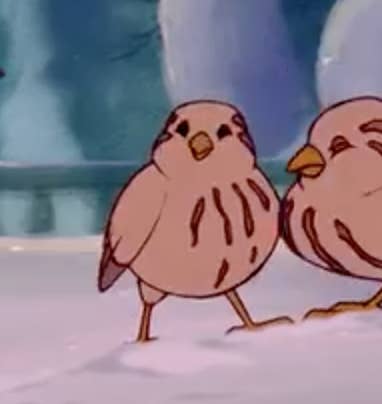 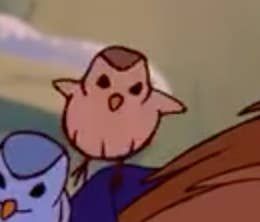 When I presented this gripe to my colleagues, the dumbest one suggested that maybe it’s because they couldn’t find trained birds. Obviously that is no excuse because this movie literally has dancing forks. 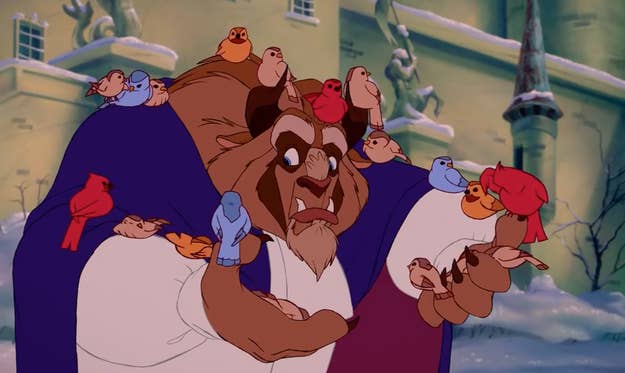 Petting Philippe does not compare!

Oh well, I guess. At least they gave us the Black Plague!