A wee little kitten who was brought into an emergency vet clinic was in need of some TLC. One of the men working there decided and soon acquired a fondness for his furry feline companion. 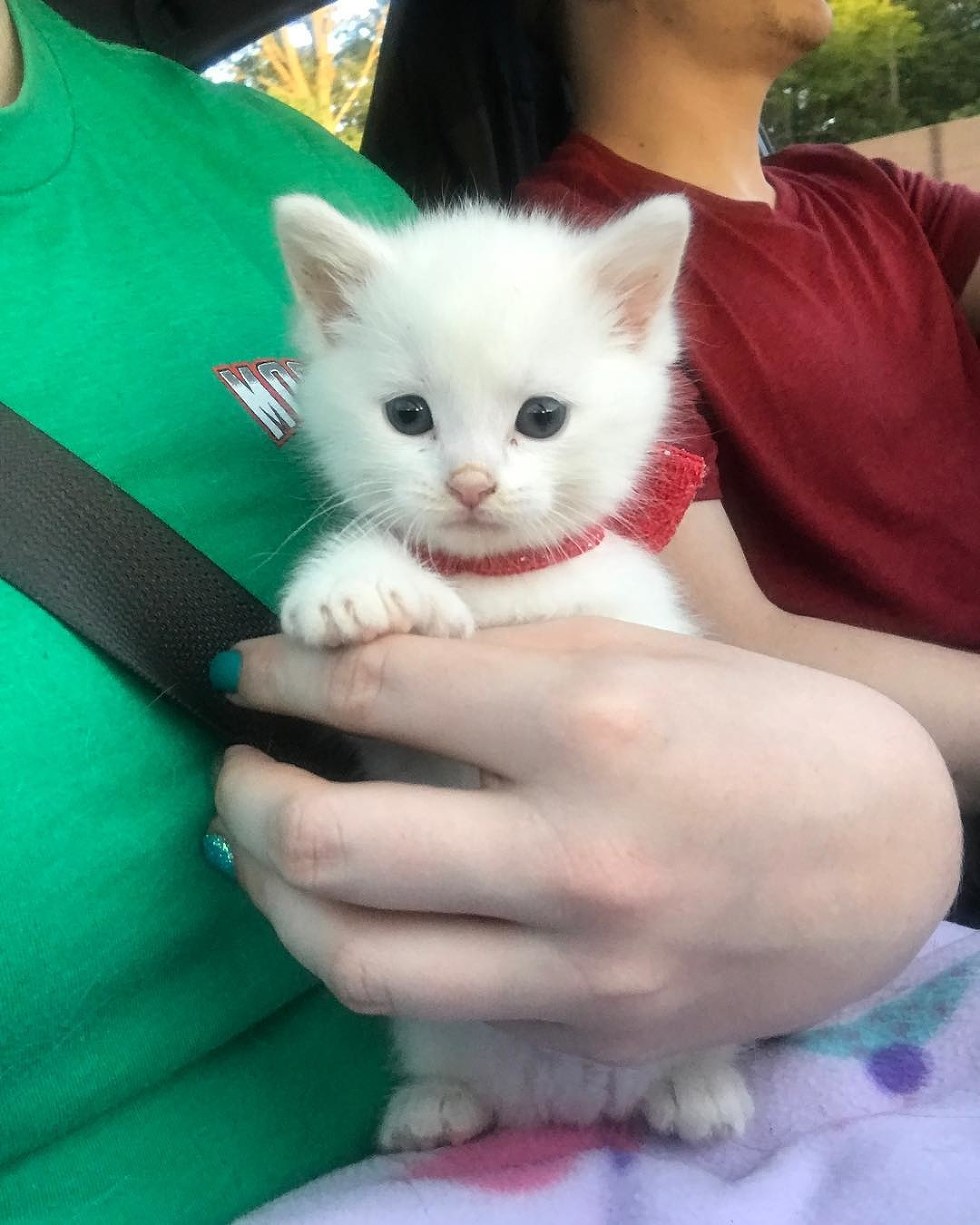 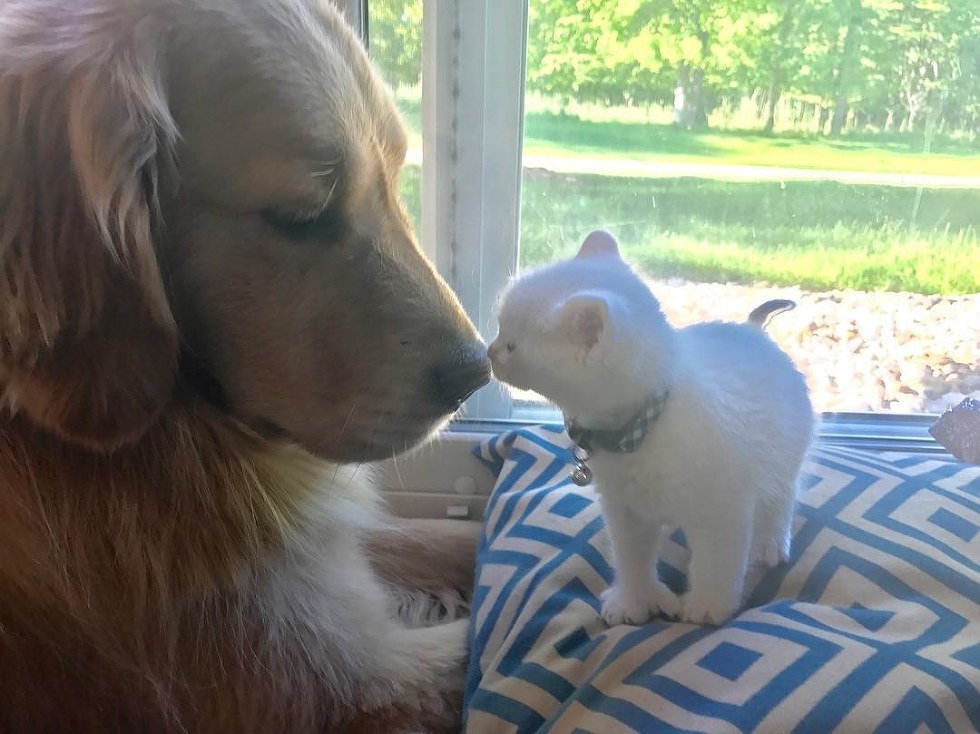 It was in early May that Skywalker was dropped off at the veterinarian’s office. He was around three weeks old, weighing less than one pound. 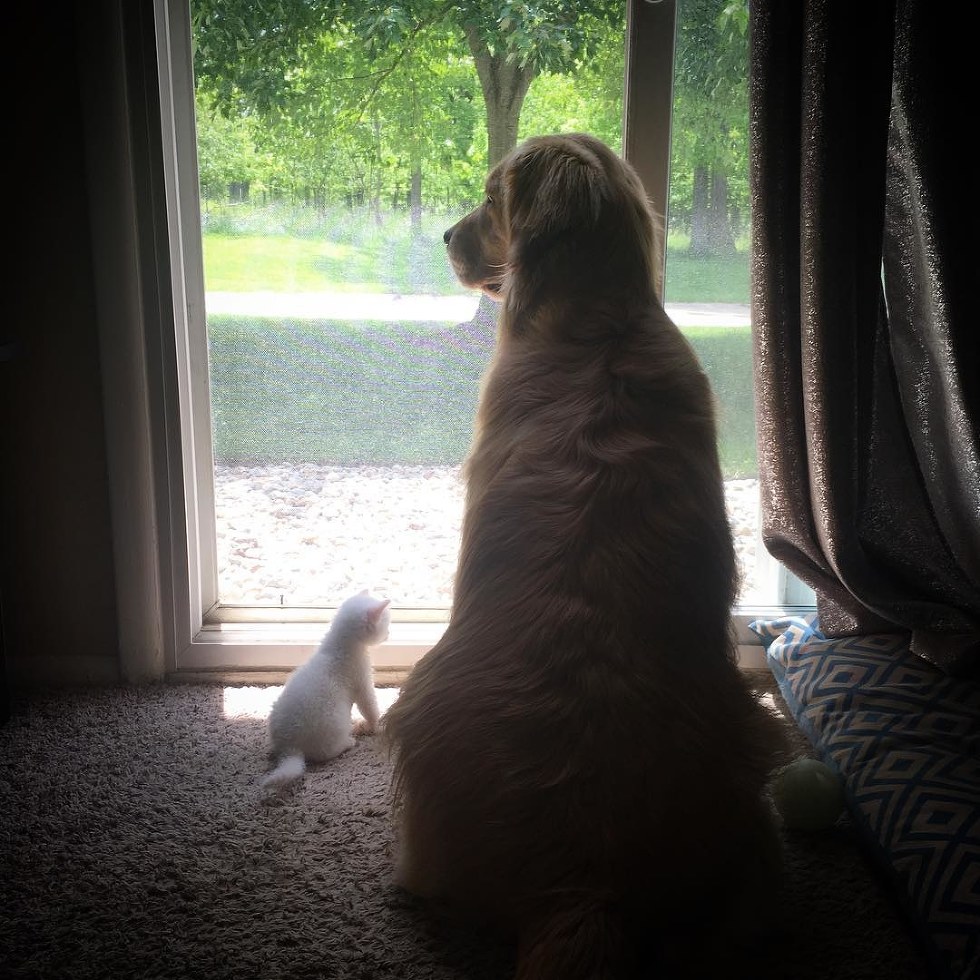 Thanks to Kim Downie’s husband who works at the vet hospital, had taken the tiny kitten to his new found home. Their golden retriever named Mojito immediately grew a fondness towards Skywalker. 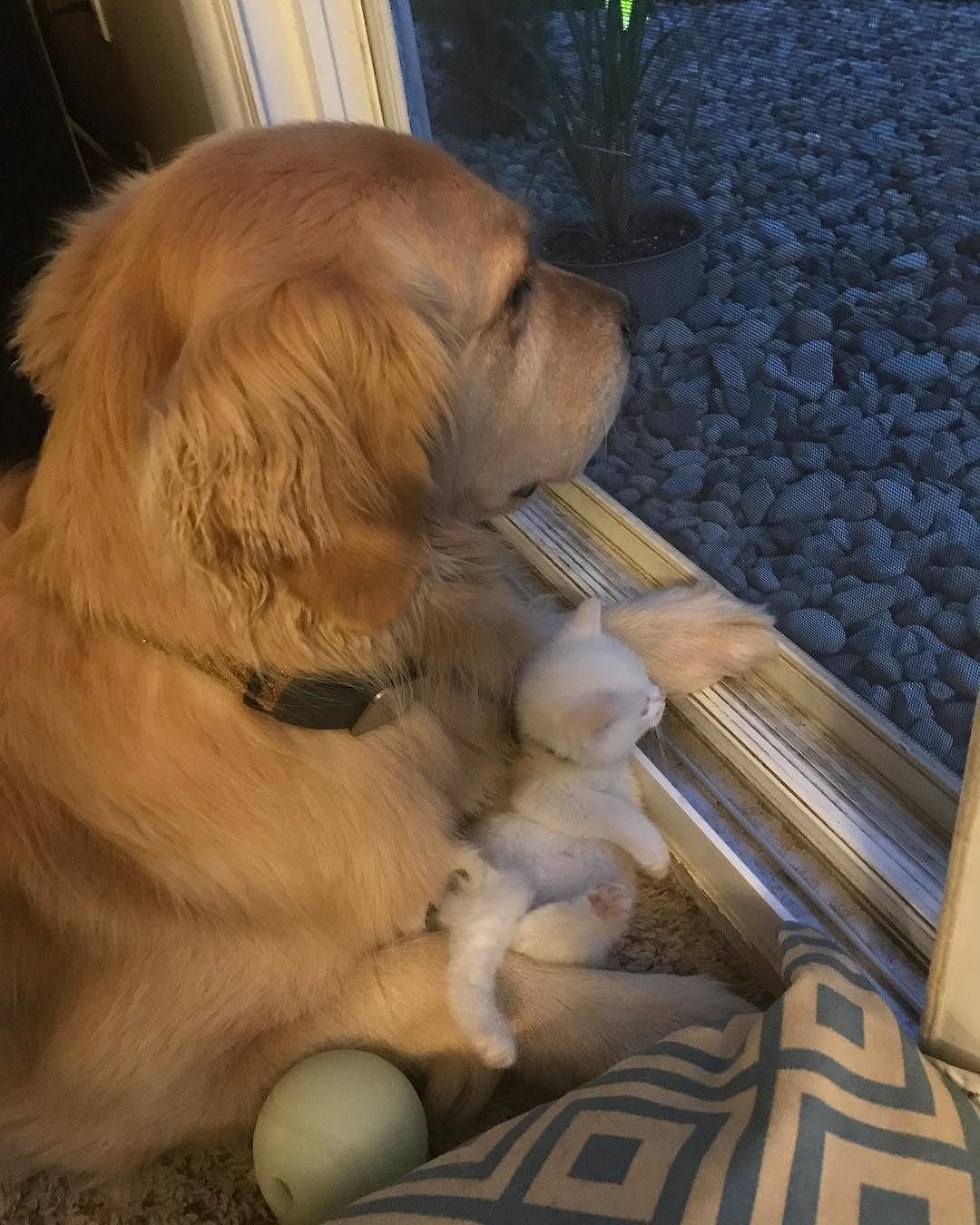 Kim told Love Meow, “She went right up to Skywalker and lovingly licked his face, thank goodness he liked it. Loving her right back.” 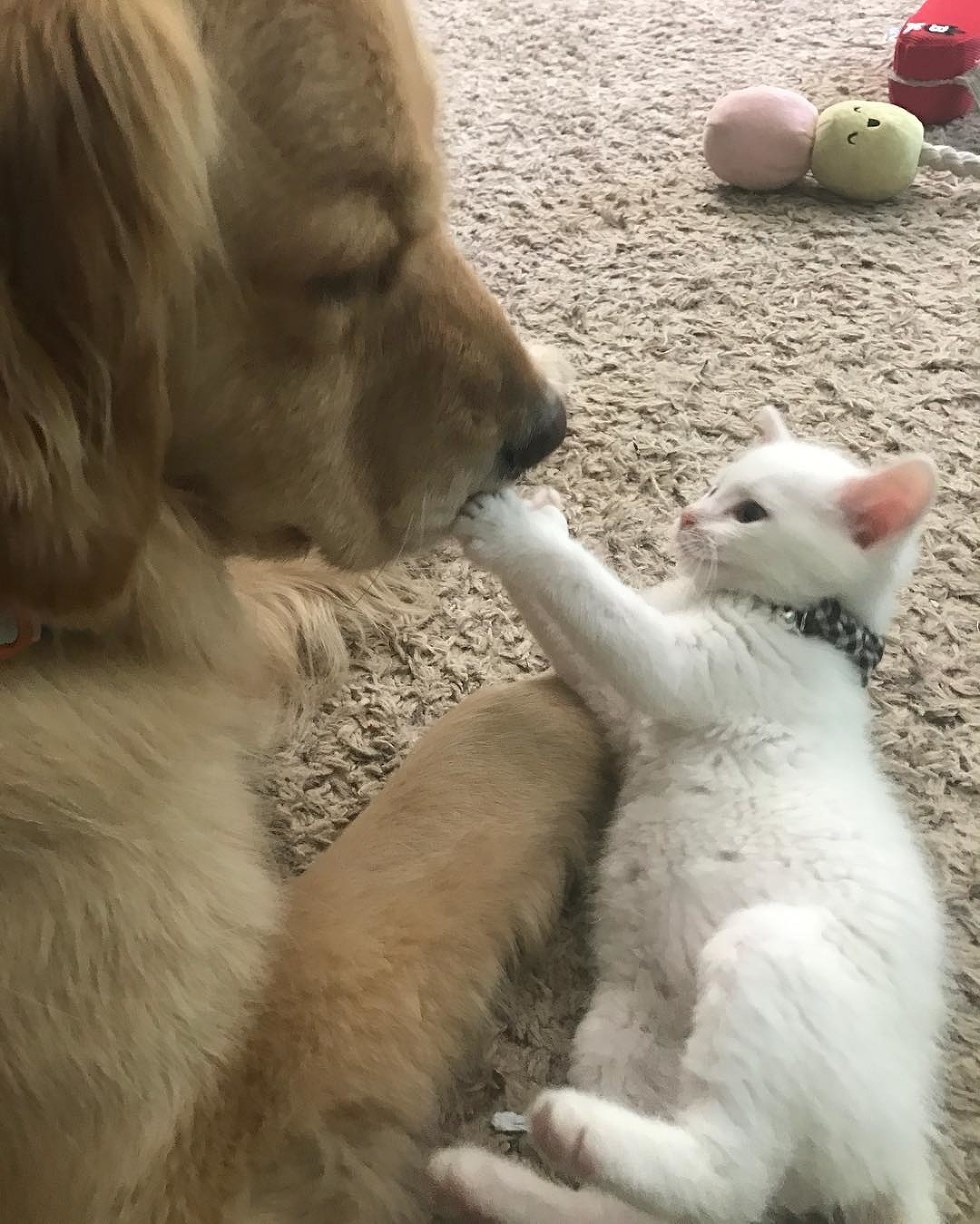 Acting like a devoted mom, Mojito cleaned him, snuggled up to him and made sure little Skywalker was right by her side. Skywalker was introduced to Bird TV for the very first time! 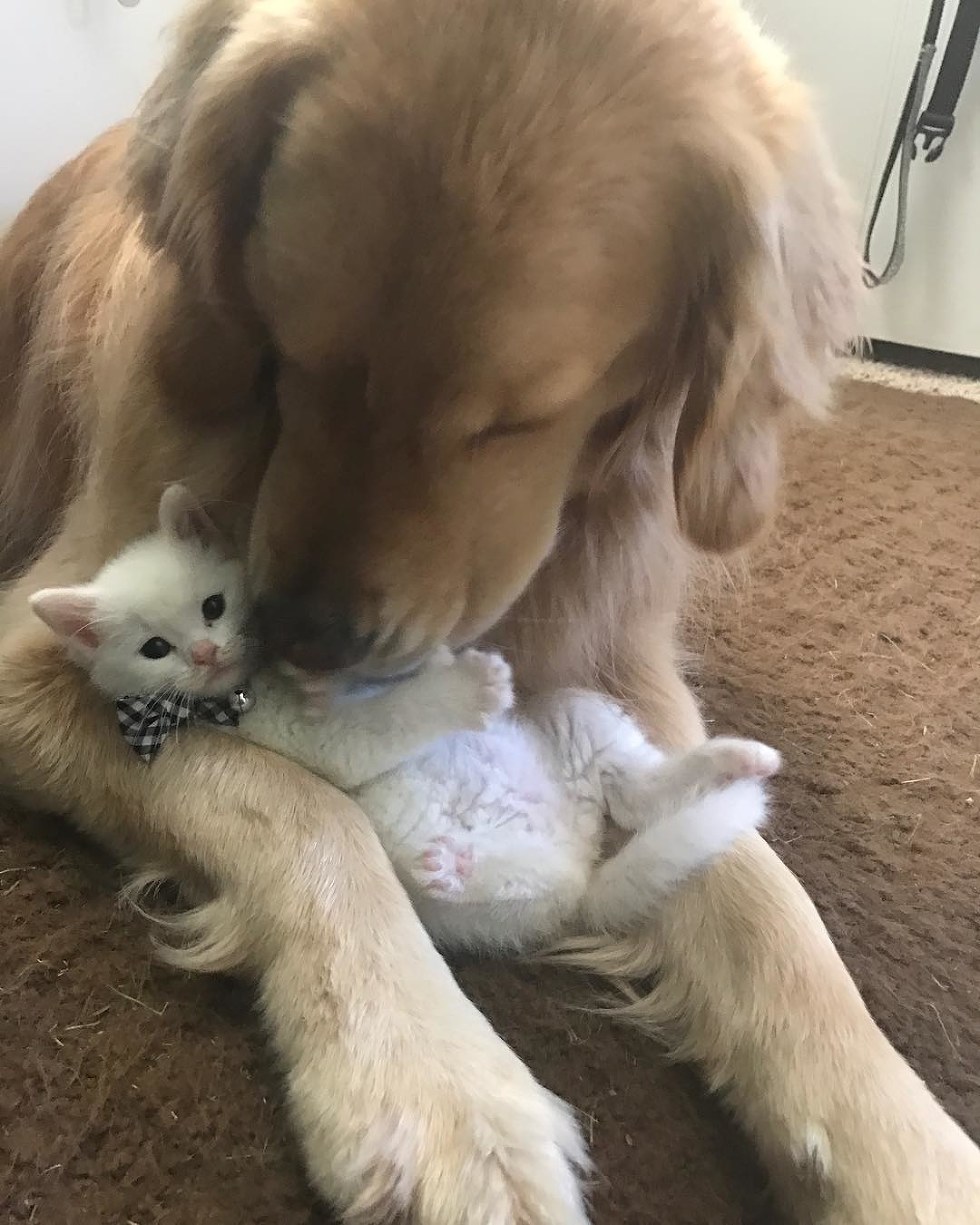 Before she’d met little Skywalker, Mojito had grown a strong bond with another cat named Vader. Following the kitten everywhere, until he gave in and let her love all over him. 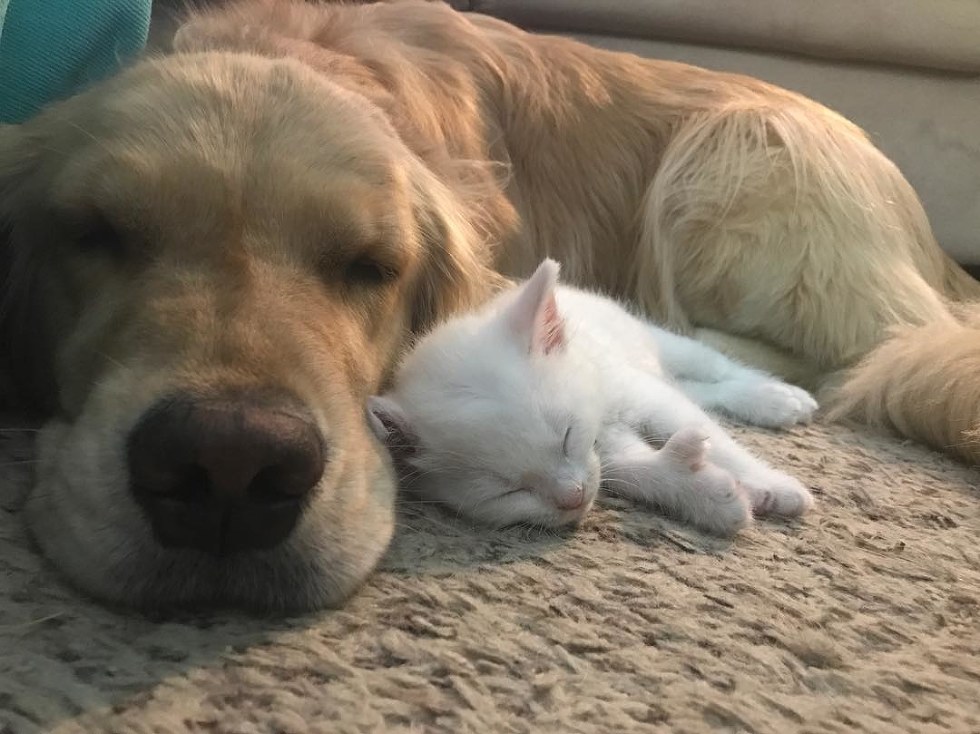 Now that Mojito has a new furry friend in her life, she’s the happiest dog in the world. 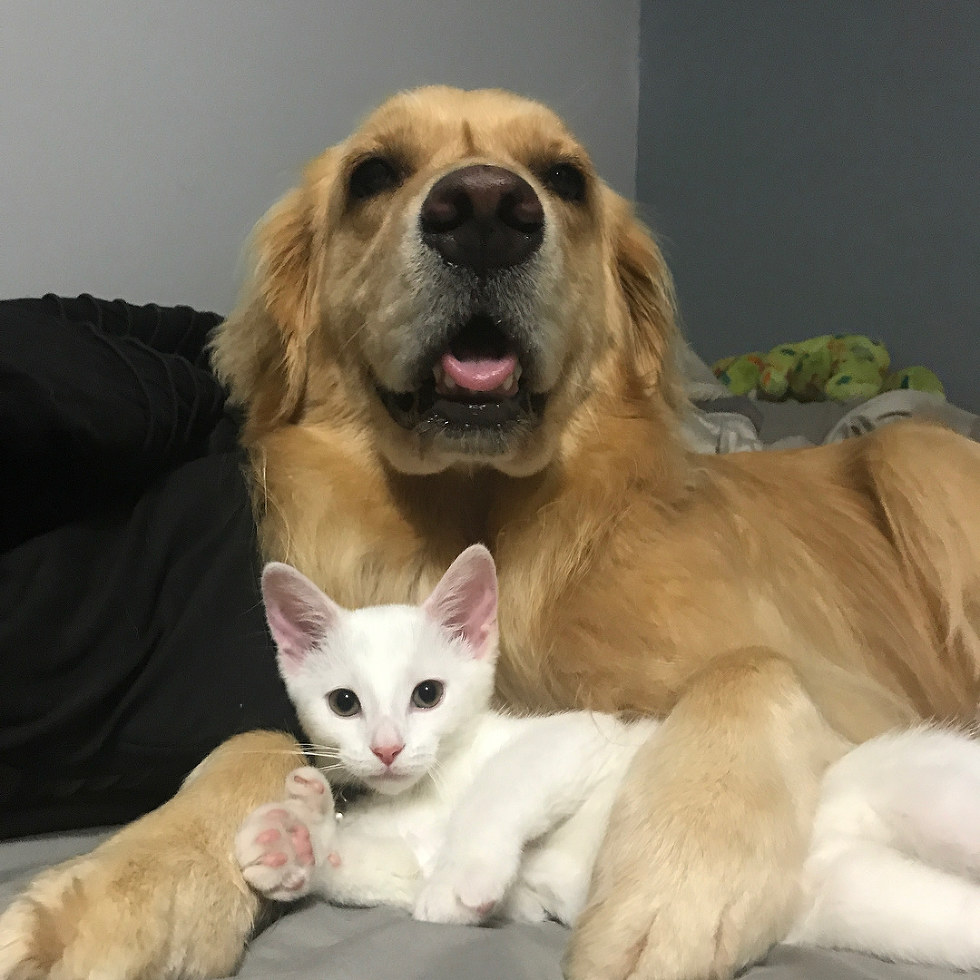 Skywalker loves his canine mommy and cannot get enough of the special attention she pays him. Kim told Love Meow, “I think Skywalker actually thinks Mojito is his mama. She is so loving towards him. Being a therapy dog, she loves going on visits. Skywalker is such a goofball.” 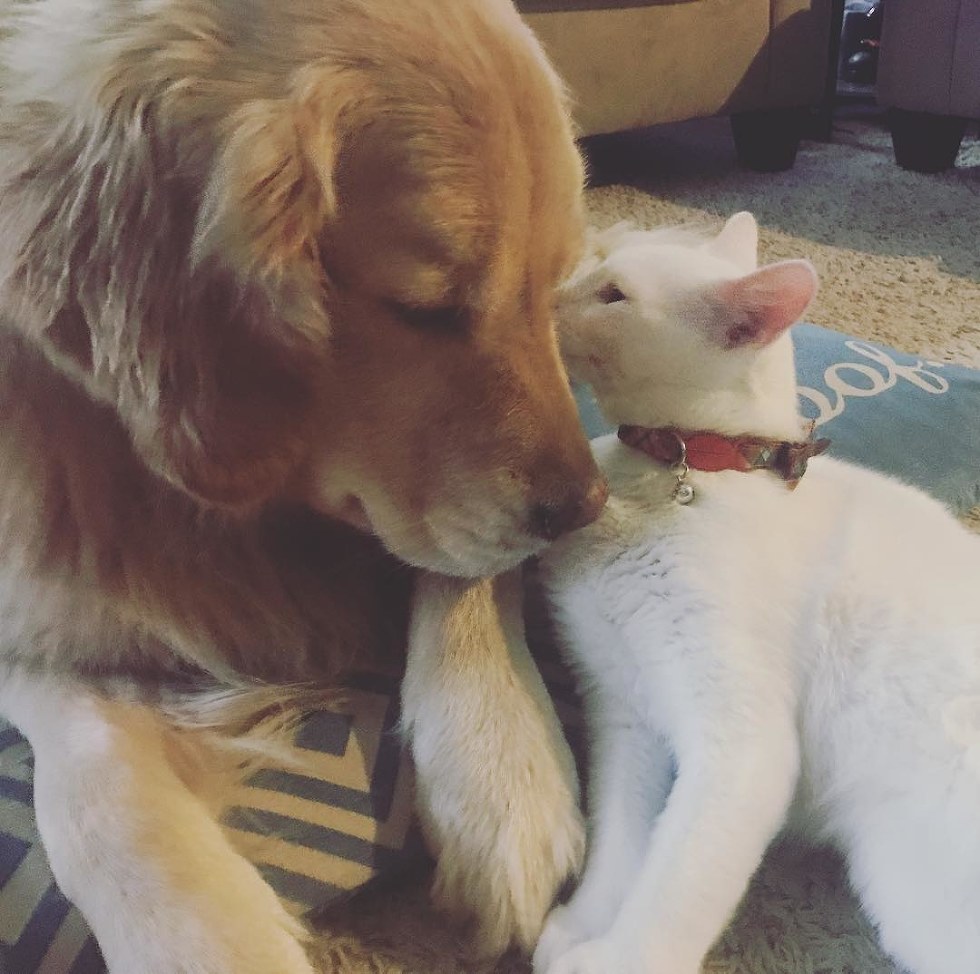 Mojito is very protective of her adopted kitty son. 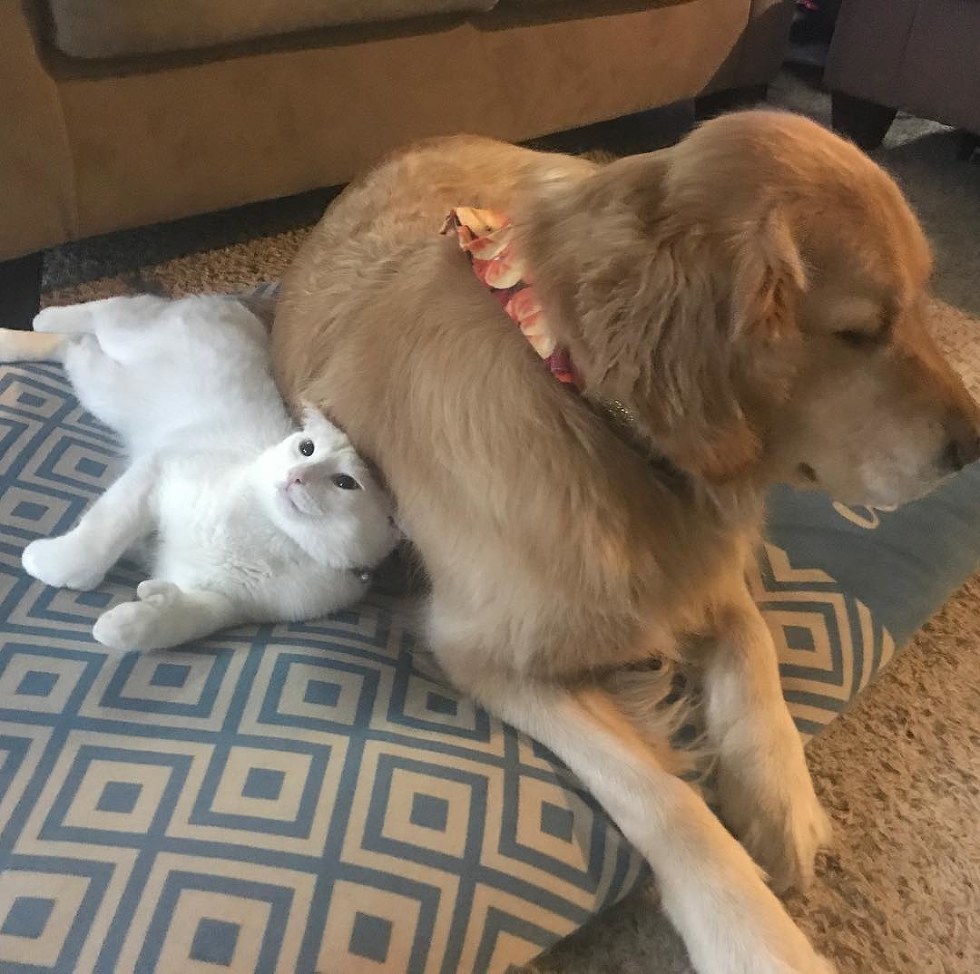 Keeping him nestled between her paws all the time. 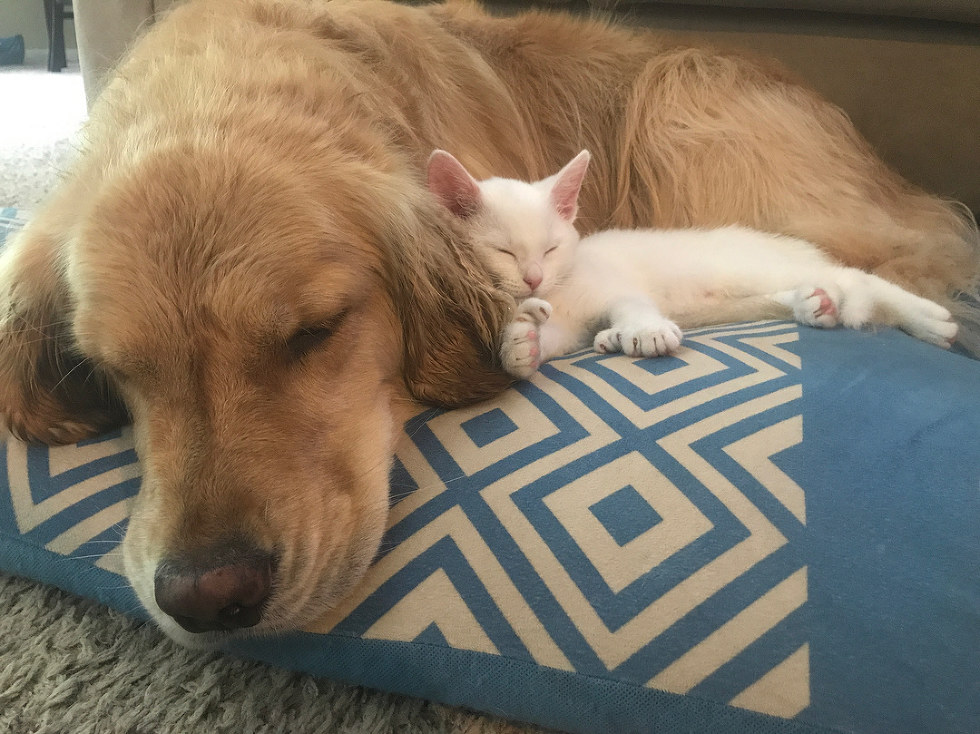 Cleaning and loving him, just like a real mother would. Skywalker always sleeps by her side.

As the years went by and Skywalker grew bigger, his bond with Mojito is stronger than ever.

In their spare time they love watching Bird TV together.

Mojito has such a big heart. When she sees an animal or person in need, is right there to lend them a paw, lovingly licking them and as if to say, “Everything is going to be alright.”

Skywalker loves his adopted doggy mom and simply cannot get enough of her loving.

It’s been seven years now since the two of them met and they are totally inseparable.

From the time Skywalker was three months old……

“Some things never change (with the exception of size!).”