A «Star Wars»-themed land isn’t the only piece of a galaxy far, far away coming to Walt Disney World in the near future.

Chapek confirmed rumors that Disney Parks and Resorts was recently conducting a survey about a «Star Wars» hotel during a two-hour panel INSIDER attended.

«We wanted to explore a revolutionary vacation experience, and I want to tell you that the response was out of this world,» Chapek told the crowd of nearly 7,000 attendees. «Today, I am thrilled to confirm that we are working on our most experiential concept ever. It combines a luxury resort with an immersion in an authentic ‘Star Wars’ environment.» 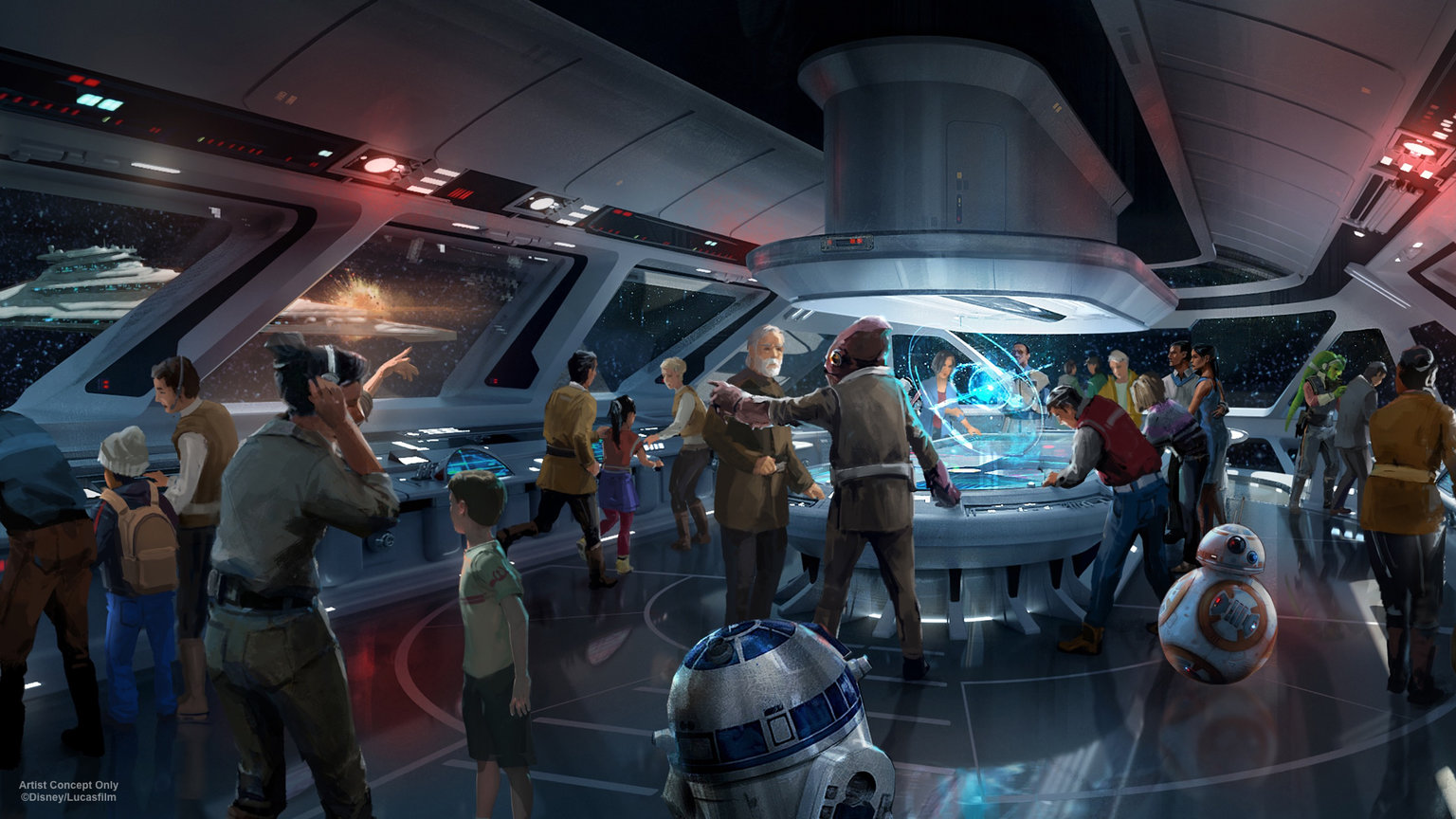 «It’s unlike anything that exists today,» Chapek said as he detailed what it will be like for guests who arrive at the «Star Wars»-themed hotel.

Here’s his description of the park to those at D23:

«From the second you leave Earth, you will board a starship alive with characters, stories, and adventures that unfold all around you during the voyage on the galaxy that spans several days. You’ll immediately become an active citizen of the galaxy and live everything that that means including the opportunity, of course, to dress up in the proper attire. It is 100% immersive and the story will touch every single minute of your stay with us. And it culminates in [a] unique journey for every person who visits.»

In addition to the immersive experience, Chapek said every room in the hotel will make it feel like you’re in space.

«Every window in this place has a view into space,» he said.

Here’s a rendering of how one of those rooms will look. 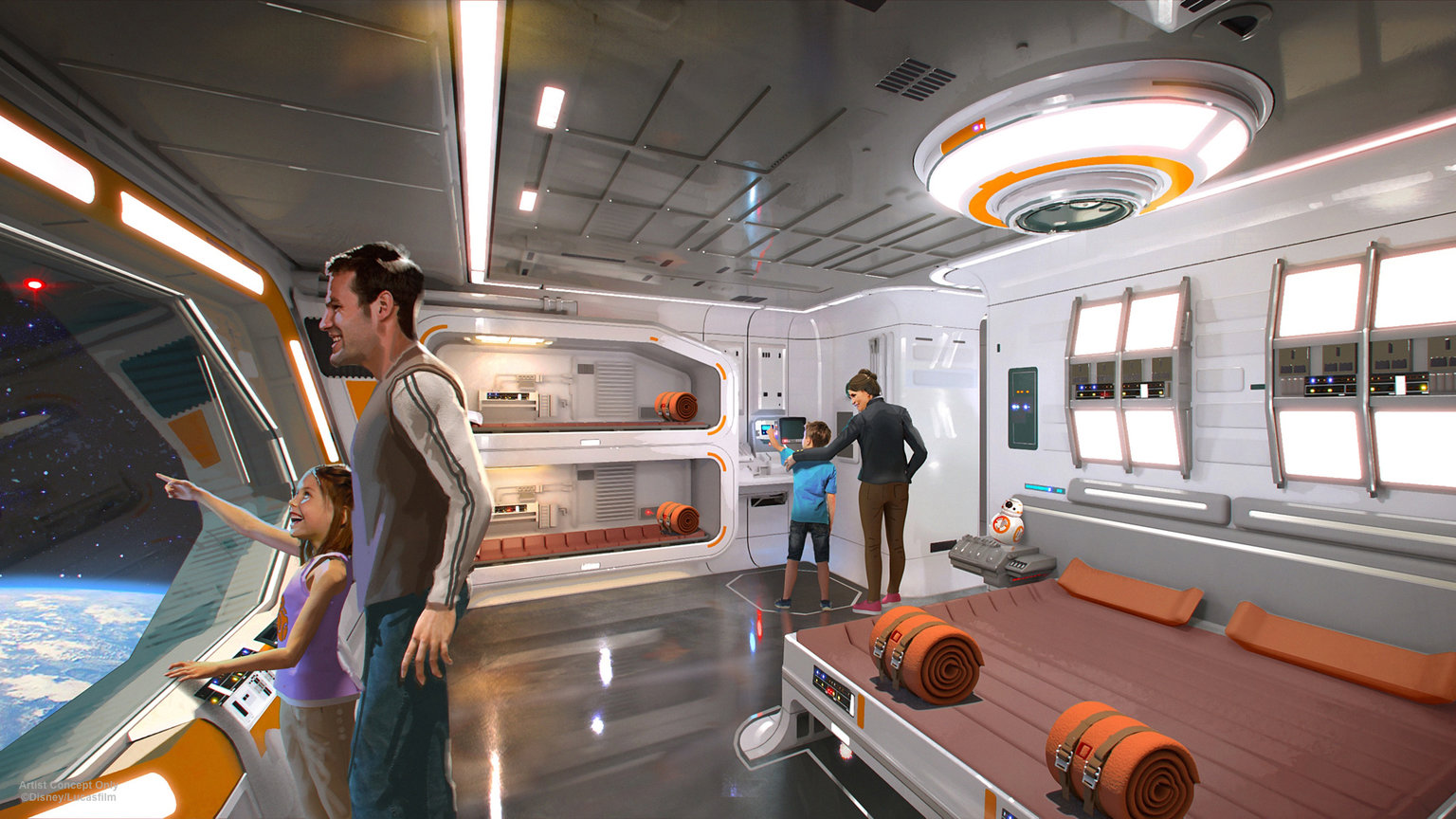 Those bunks are so cool. And there’s a little BB-8 off to the side! Courtesy Disney Parks
Chapek didn’t reveal a date for the opening of the «Star Wars» hotel, but with the new themed land coming to Disney World in 2018, it probably can’t be too far behind.