Chrissy Teigen is the ultimate dream girl. She hot, funny, talented and she’s incredibly generous! Recently she left an incredibly large tip for a waitress at an Outback Steakhouse in Ohio.

Teigen rose to popularity in 2010 when she appeared in the annual swimsuit issue of Sports illustrated along side Nina Agdal and Lily Aldridge. Since then she has appeared on a slew of reality television shows and married musician John Legend.

But all that fame and fortune hasn’t changed Teigen, who admits she still craves a “bloomin’ onion” from Outback Steakhouse once and a while. The supermodel was dining in Centreville, Ohio when she got a hankering for the deep-fried snack. 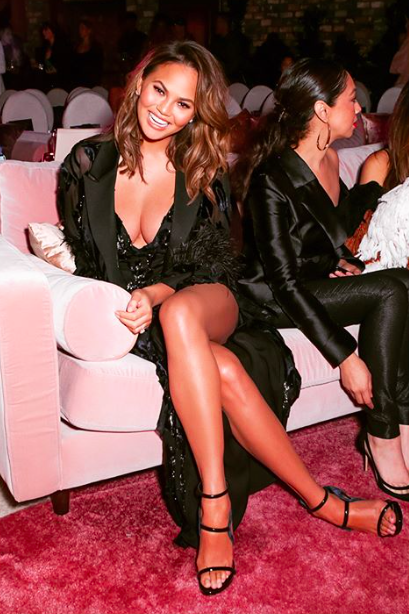 Teigen, her daughter Luna, and a couple of friends walked into the Australian franchise on Friday, October 27. She ordered a Pinot Grigio, a crispy chicken sandwich, and an assortment of appetizers, including the “bloomin’ onion”.

Teigen loves the appetizer so much, she even got her daughter, Luna, an outfit with the famous deep-fried veggie on it: 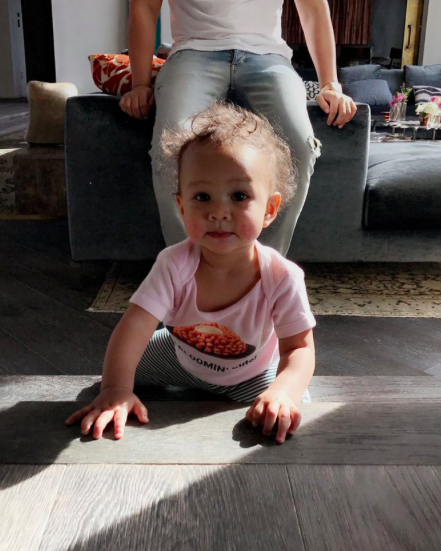 Teigen’s server that day was 21-year-old Mikayla Scott , and she revealed she was absolutely shocked to see the superstar sitting at one of her tables. “She walked in with all her glam,” Mikayla told a local newspaper. “I was so nervous I was going to do something wrong.” 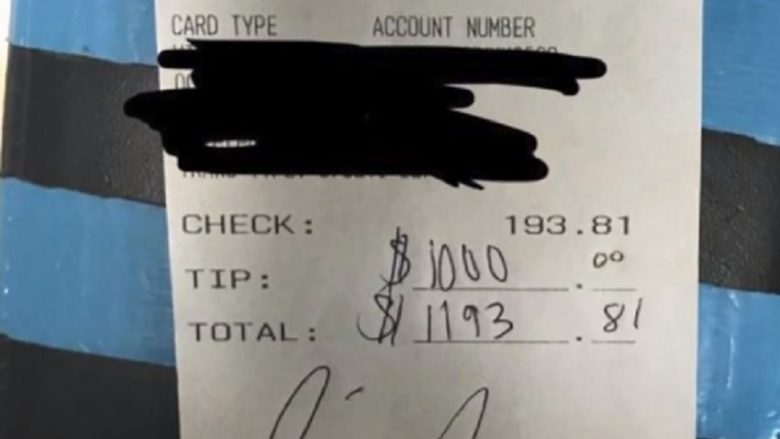 The outback server said she shared some of the tip with co-workers then used the rest to repair her car.

It is unknown whether or not Teigen would have left such a large tip had she known that she and her server have very different political ideologies. Mikayla Scott is a staunch conservative and Trump supporter.

Teigen is well know to be very liberal, and has made no secret of her opposition towards Donald Trump. She’s even been blocked by the American President for trolling him on Twitter.

Teigen had been criticizing Trump on Twitter for nine years, and it was her tweet “lol no one likes you” that was the final straw. Trump had previously retweeted another user that called Teigan a “trashy gutter mouth woman”.

Oh well, it doesn’t seem to be bothering Chrissy Teigen! She has legions of loyal fans and is quickly becoming one of America’s sweethearts.

The folks over at brobible joked that Teigen should ask Scott for the money back, but I’d bet that if she’s willing to be so generous in the first place, that thought probably wouldn’t even cross her mind. If anything, it shows that kindness toward others goes above and beyond different political beliefs.

So if you happen to be a waiter at an Outback Steakhouse, keep your eyes peeled for Chrissy Teigen. You never know when she’s going to get another craving for a “bloomin’ onion”, and just might leave you a fabulous tip to boot. Servers will be clambering all over her to take her order next time she walks into a restaurant!

Have I mentioned how much she loves “bloomin’ onions”? Check out this picture of her husband displaying the crispy snack for his Instagram followers: 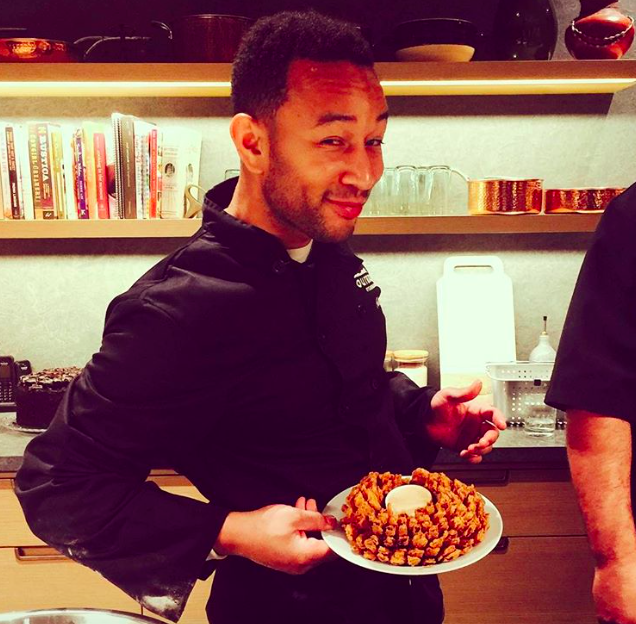 We love you, Chrissy Teigen!