We all know that pit bulls are one of the most misunderstood dog breeds in the world. That’s just how it is, no matter how hard people seem to try and change it. Everyone has stuck with the assumption that all of the are dangerous and vicious. And as a result, they are left homeless. But we are hoping that this loving little pit bull will change everyone’s mind, because there’s not a bad bone in this boy.

But as many of you know, dogs can be some of the sweetest friends, and can be the best addition to families everywhere. Some are even good with children. And all of this includes the pit bull breed. And for Hurley, he has proven all of the above to be true. 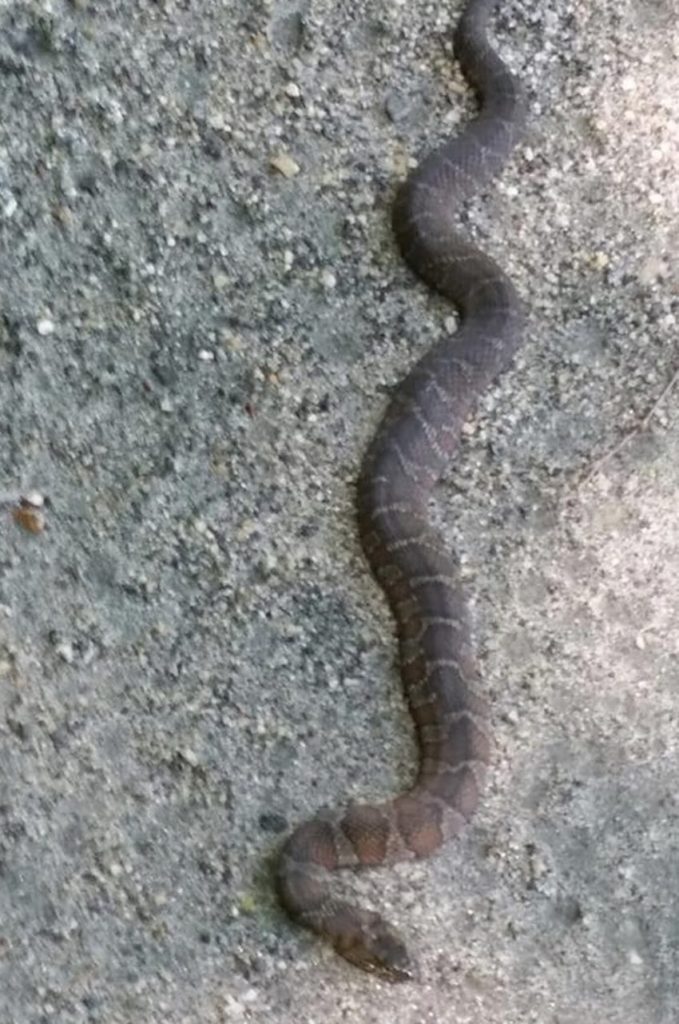 Stacie Rae English had just shared a post about something that had just happened with her little brother, Shelby.

Shelby was out walking his pit bull-Lab mix Hurley, in the field during the evening. They could have gone at any time, but they decided to go that night, around 10 P.M. so he would be able to let Hurley off his leash and explore, one of his favorite things to do.

But while they were out having some fun, they heard a child start screaming, and were terrified as to what was going on. And before Shelby could even react, Hurley had taken off towards the scream, leaving Shelby behind. 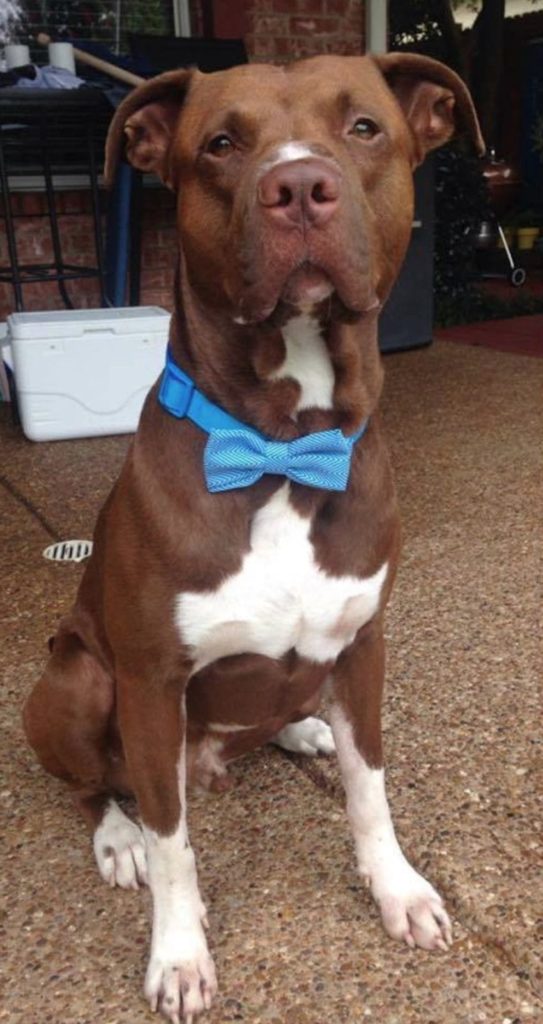 Once Shelby got close and caught up, he saw Hurley run towards the little boy, grab a snake in his mouth, and fling it around-killing it then as the result.

It wasn’t until Shelby saw the snake afterward, that he realized it was a copperhead-a venomous snake found in Eastern North America. It is a member of the Crotalinae (pit viper) subfamily, and they are extremely dangerous.

The little boy then ran towards his mother’s vehicle, and they drove off so fast, that Shelby wasn’t able to find out any information on him. He didn’t even know if he had been bitten himself.

“We are assuming because they left so fast that he was bitten and being rushed to the ER,” said Stacie in her Facebook post.

Right afterward, Shelby called animal control and the Highland Village cops, and they came to check everything out. But when they got one look at Hurley, they were able to tell right then and there, he had been bitten.

He had been bleeding, had a swollen neck and was even foaming at his mouth. And when they looked closer, they saw the two puncture wounds in his upper lip. They quickly rushed him to Denton Animal Emergency Hospital, where he had to stay the night to check his blood-clotting ability.

But what they found out later was the little boy had come across a copperhead nest, and they believe that Hurley may have prevented him from being bit again, if he was in the first place.

They are still trying to find out if the little boy is okay, but the odds are looking pretty good considering they haven’t heard anything in the news. And we are hoping that is the case.

We are so proud of Hurley for saving this little boy. He has such a big heart, and we cannot thank him enough!

If you are proud of Hurley for his brave actions and are so happy that he is doing so well, Liked Video this post!