Jared Buhanan-Becker and his wife Sharry were looking forward to the birth of their first child. But during the delivery, the couple from Utah suffered a horrible tragedy that left Jared to raise their son alone.

A very rough night last night=another blog post. I am becoming incredibly regular with these which probably isn't the best thing. "Letter to myself from myself"http://www.lovesharred.com/

When Jared and Sharry met, it was love at first sight. They were inseparable and no one was surprised when they announced their engagement. Not long after that, the two lovebirds were married.

To complete this fairytale romance, Sharry soon got pregnant. The couple was overjoyed and anxiously awaited the birth of their first child.

Here's the "obituary" I wrote for Sharry on her last and final birthday and also some great 27 week pregnancy pics. http://www.lovesharred.com/

The pregnancy went smoothly and the baby growing inside Sharry’s body was treated to regular serenades from his golden-voiced mom.

The couple started a blog to chronicle the pregnancy and share their happiness with the world. Sharry posted her thoughts and feelings every day with passages full of love, peace and joy.

But on the delivery day, a very unexpected event shattered their happiness. When her water broke, Sharry’s body suffered an allergic reaction to the amniotic fluid. She went into shock and doctors were forced to perform an emergency C-section. Jared recalled, «I was terrified for the baby, but I didn’t even consider Sharry’s life was at stake.»

Nevertheless, exactly that was the case. Sharry suffered a heart attack and died in the delivery room.

Jared was devastated. «My whole world had just collapsed,» he remembered.

He had no choice but to pull himself together. His son James had survived and, like all newborns, needed constant care and love. The young father had to face reality: he was now a single dad with a baby to take care of.

The following days were a very dark time for Jared. He had a beautiful baby boy, but had lost the woman he loved. No matter how hard he tried, he couldn’t get over the feeling of heartache and emptiness.

In an attempt to come to terms with his loss, Jared began going through Sharry’s belongings every night after James had gone to sleep. Then, one night he came upon a real treasure: recordings Sharry had made of her music. But Jared didn’t have the right program to open the audio files and couldn’t afford to buy it. 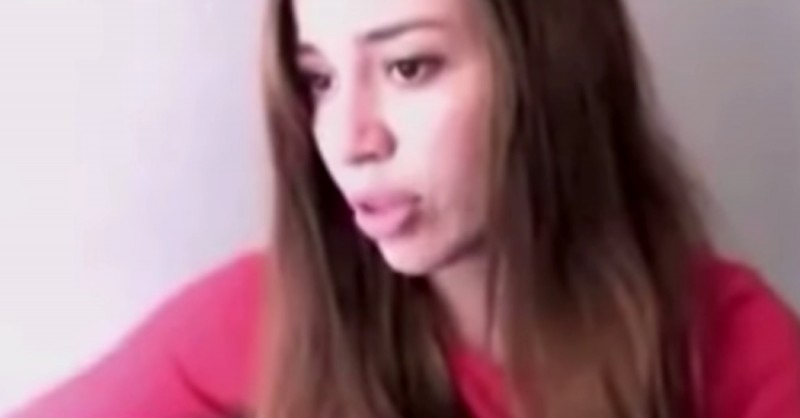 It was a frustrating situation. He longed to hear his wife’s beautiful voice again, but it remained trapped in the files he couldn’t open. But then he had an idea. Jared posted a plea for help on a social network and waited for an answer.

To his surprise, he received an avalanche of responses. Everyone wanted to help, and Jared soon received converted versions of the audio files that he could listen to on his computer.

The outpouring of generosity and kindness helped to pull Jared out of his depression. On top of that, he was able to hear his wife singing again and enjoy her memory through her beautiful songs.

A post featuring a couple of Sharry songs with lyrics. JJ and I listen to these almost nightly.http://www.lovesharred.com/2017/02/shar-songs-some-natural-clemency.html

Jared knew that Sharry had musical talent, but listening to her songs again, he was completely blown away by her crystal-clear voice.

The young father now has his wife’s music stored on his smartphone, and when he finds himself feeling down and heading for that dark place, he simply pops on his earphones and lets his wife serenade him. It’s a strategy that has helped him through some very tough times.

96 DaysNew post with reflections on some of Shar's inspiring resolutions! #livelikeSharhttp://www.lovesharred.com/2016/09/reflections-on-resolutions.html

Jared also uses Sharry’s songs as lullabies to help little James fall asleep. He will never have the chance to know his mother, but James will at least have her voice to provide him with comfort throughout his life.

You can listen to Sharry’s gorgeous voice in this video…

Jared considered abandoning the blog that he started with his wife, but has decided to continue with it and share his experiences as a single dad. He hopes this will also help him deal with the pain of losing the woman he loved so much.

It’s a tragic story, but now, thanks to the kindness of strangers, Jared and James at least have Sharry’s comforting voice to accompany them through the rest of their lives.